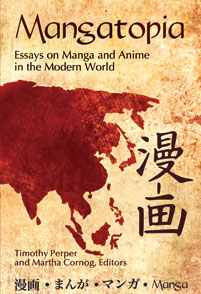 We are deeply saddened to hear that writer, manga researcher, and CBLDF supporter Timothy Perper passed away recently at age 74. We extend our heartfelt condolences to his family and friends and present his full obituary below, as written by Dr. Perper’s wife, Martha Cornog:

Timothy Perper, 74, writer and independent researcher on courtship as well as advocate for Japanese manga and anime, died of cardiac arrest on Tuesday, January 21st, at his Bella Vista [Philadelphia] home.

As a biology professor at Rutgers New Brunswick in the 1970s, Perper became fascinated by how couples first meet and then decide whether or not they are attracted to each other. He obtained a grant from the Harry Frank Guggenheim Foundation to study conversations and pick-ups in singles bars. His book, Sex Signals: The Biology of Love (1985), was described in the New York Times as “lively and provocative” and by CHOICE magazine as “highly readable and well-researched.” He identified a body language sequence typical of courtship: approach-talk-turn-touch-synchronization. This research attracted the attention of the media, and he was interviewed by Dr. Ruth Westheimer, Regis Philbin, and the Playboy Channel, among others. “We human beings,” Perper wrote in Forum magazine in 1987 “do not fall in love by telepathy: we have to move into proximity with each other.” Yet, as he told L.A. Life in 1995, “it is behavior, vivacity that attracts people, not looks, beauty, not elegance of dress.”

Later, upon learning that Japanese manga comics depict courtship and sexuality differently than did most American comics at the time, Perper began to study and write about manga and anime in Mangatopia (2011), Graphic Novels Beyond the Basics (2009), and in essays and reviews online and in journals and anthologies. “Anime and manga represent living evidence of what nonwestern, erotophilic, and female-positive sexuality can look like,” he wrote in the newsletter Contemporary Sexuality (2005). “Manga and anime provide ways to connect with young people and initiate conversations about sexuality.” He served as book review editor for The Journal of Sex Research, The Journal of Sex Education and Therapy, and Mechademia: An Annual Forum for Anime, Manga, and the Fan Arts.

Perper also wrote quirky fiction, some published in Analog and in Oziana, the literary annual of the International Wizard of Oz Club. He delighted in creating cunning, oddball comebacks to spam emails and devising humorous wordplay. In recent years, his special love was creating the adventure/comedy webcomic The Adventures of Princess Adele of Utopia (www.princessadele.com) in collaboration with Martha Cornog, his wife of nearly 30 years, and artist Jamar Nicholas. He enjoyed visiting South Street-area bars, where he was sometimes known as “Uncle Tim” and “Dr. Pepper.”

Even while at Rutgers, Perper treated his students to unusual experiences. “He told me about his ‘cockroach lecture’ to dramatize evolution,’ said his wife. “He would start by drawing a long parade of roaches across the blackboard, and then erase many of them–those were the ones that died young, before they could reproduce. Only the ones that lived long enough to mate could pass along their genes. And they sure did–roaches are extremely hardy insects and go back to over 100 million years ago.”

Growing up in Greenwich Village, Perper obtained his undergraduate degree in biology and genetics from CCNY (1961) and a doctorate from CUNY (1969). He worked briefly in the pharmaceutical industry (1969-1972) before joining the faculty at Rutgers (1972-1979). Upon obtaining the Guggenheim grant (1980), he turned to independent research and worked from home with his wife, a librarian and writer and sometimes his collaborator. He never tired of watching people flirt in singles bars. “If the magic is less mysterious than we thought,” he told Forum magazine in 1987 when describing his findings, “it is no less entrancing.”

He is survived by his wife and a nephew, photographer Robert Daniel Ullmann, who together with Perper’s friends and drinking companions will hold a memorial gathering to honor him on March 14th, 5:00 p.m., at the Fleisher Art Memorial in Philadelphia. Contributions in his memory may be made to the Fleisher Art Memorial in Philadelphia (www.fleisher.org) and the Comic Book Legal Defense Fund (http://cbldf.org).