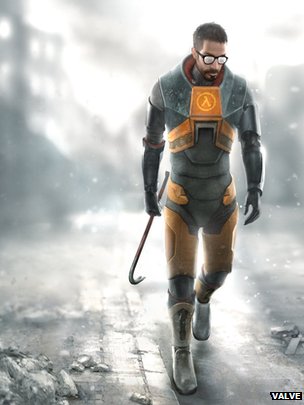 Half Life 2 was used in the Oxford study

In the first study, scientists at the Oxford Internet Institute and the University of Rochester used modified versions of Half-Life 2 to find out whether players acted more aggressively after gameplay. One group of players was given a non-violent version of the game, in which opponents simply disappeared, while another group of players played the normal version of the game, in which opponents die in various violent ways. Researchers observed behavior after gameplay, and did not notice a difference in aggressive behavior between the two groups.

Researchers did notice a difference among players who received a tutorial before playing versus those who didn’t get any training: The latter group experienced more frustration with the game. They also exhibited more aggressive behavior. While the researchers were careful to reiterate that the study didn’t conclusively rule out the effect of video game violence, they did conclude that frustration over gameplay, not violence in the game, drove the aggressive behavior they observed. Dr. Andrew Przybylski summed up the behavior in a statement to BBC News: “This need to master the game was far more significant than whether the game contained violent material.”

The Escapist reports on another study, in which University of Missouri researcher Greg Perreault found that criticism of video games within the gaming community has decreased over the last couple of decades. Perreault, who extensively examined back issues of of GamePro Magazine to draw his conclusions, tells the News Bureau for the University of Missouri: “As technology improved and the animations became more and more life-like, game creators had increased capability to design more graphic violence, including blood and gore. Despite this increasing amount of violence, journalists seemed to be less and less bothered by the blood and guts. This is important to note because journalism often mirrors the culture of the audience it serves.”

The Escapist reached out the Perreault, who also shared his observations on how non-gaming media cover video games:

“Non-gaming outlets tend to attach games to violent events,” he writes. “It’s a very convenient scapegoat whenever someone does something crazy and it prevents journalists (not always, but many times) from asking the harder questions. One thing my paper argues is that new technologies always create a sort of ‘cultural anxiety’ — we’re always as nervous as we are excited about entertainment technologies. And we have to remember that compared to film, television, print and radio, video games are still fairly new. That said, it has really taken our country by storm.”

Here at CBLDF, we like to call the “cultural anxiety” that Perreault describes “moral panic.” It was moral panic that drove the anti-comics sentiment of the 1950s and led to decades of self-censorship by the comics industry. Moral panic that fuels much of the anti-video game sentiment and it’s the reason we sign on to cases like Brown v. EMA, the Supreme Court case that cited CBLDF’s amicus brief and asserted First Amendment rights for video games.

A clear link between video game violence and real world violence has yet to be established, and these two studies add to years of data that contradicts the talking heads’ assertions otherwise.