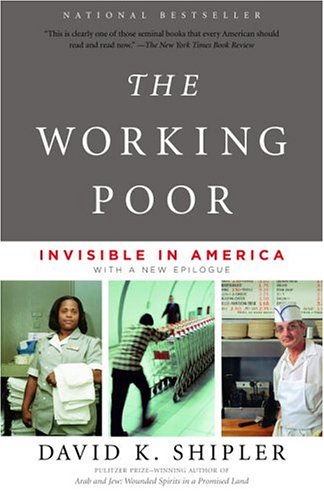 Despite last week’s welcome news that a challenge to David K. Shipler’s book The Working Poor had been withdrawn in the Dallas-area Highland Park Independent School District, that was only one facet of a months-long dispute over what sort of books students in the district should be allowed to read for class. As the school board prepares to vote tomorrow night on proposed changes to its book selection and review policies, CBLDF and five other organizational members of the National Coalition Against Censorship’s Kids’ Right to Read Project sent the superintendent and board members a letter warning that the policy modifications could “come to haunt the district for years to come.”

The book controversy started during the summer months, when some parents shared out-of-context excerpts from books on the district’s approved reading list via social media. Tensions were high by the time school resumed this fall, and Superintendent Dawson Orr suspended seven books from the curriculum despite the fact that only one — Garth Stein’s The Art of Racing in the Rain — had a formal challenge against it. Orr quickly reversed the mass suspension when other parents and students protested. The challenge to The Art of Racing in the Rain had a positive resolution in November, when a review committee voted 12-1 to allow its continued use in high school classrooms.

Meanwhile, though, the district was loosely applying a hodgepodge of guidelines to determine which other books students must have parental permission to read, even though they’re already on the approved reading list: “all books that are being challenged by district parents, have been listed on the American Library Association’s Top 10 Challenged Book List in the last decade or have been flagged for parental permission by the district’s literary selection committee.” Superintendent Orr said in November that the classics Dracula, The Picture of Dorian Gray, and Brave New World made the naughty list along with Art of Racing, The Working Poor, and Jeanette Walls’ The Glass Castle.

The letter we sent along with other KRRP members last week addressed two aspects of the proposed policy changes which we fear could lead to never-ending disputes and censorship in HPISD schools. First, we raised concerns about a proposal to increase parental involvement in the selection of reading assignments for all students. As the challenges to Art of Racing and The Working Poor demonstrate, it will be virtually impossible to select books that please every single parent. As always, parents are welcome to request alternative assignments for their own children, but the overall selection of reading materials for the curriculum should be based solely on educational criteria.

On a related note, the KRRP letter also raised concerns about a proposal to invite community feedback on certain books identified as having potentially objectionable content, which according to the proposal could be “social,” “violent,” or “sexual.” The letter points out that this criteria is not only vague, but also contradictory to other proposed and existing district policies:

We have commented previously on the dangers of singling out certain content widely present in contemporary and classical literature for special scrutiny, and note here only that it is inconsistent with the directive in Proposed EFA (Local) to consider ‘material as a whole.’ However, we have additional concerns about the reference to ‘community standards’ in the proposed procedures. This vague, standard-less approach has already been called into question. The January 6 letter from Mr. Kelly to Lisa Mead, who filed the challenge to The Art of Racing in the Rain, states ‘when asked how the District was to determine the appropriate community standard, your attorney acknowledges that he did not know how it could be done with any sense of accuracy. Board policy makes clear that instructional materials should not be selected by a popular vote of the community….’

We hope that board members will take these cautions to heart before voting on the policy changes tomorrow night! Check out the complete letter below.