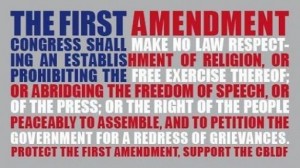 One third of Americans cannot name any of the five freedoms guaranteed in the First Amendment, according to results from the Newseum Institute’s annual State of the First Amendment survey. While it’s encouraging that speech is the freedom most commonly identified by respondents, fully informed citizens should understand how that right interacts with the other four: religion, press, assembly, and petition.

In the random telephone survey of 1002 American adults, 33% could not name any First Amendment rights at all, while 57% named freedom of speech. That was distantly followed by religion at 19%, press and assembly at 10% each, and petition at just 2%. (The figures add up to more than 100% because some respondents were able to identify more than one right.)

Last year 38% of respondents thought the First Amendment “goes too far in the rights it guarantees,” but this year the figure sharply decreased to 19%. The percentage first rose in 2013 and was likely a backlash specifically against religious freedom for certain people, since that survey was taken shortly after the Boston Marathon bombing, when Muslims and mosques were facing increased scrutiny. On a related note, 51% of respondents in 2015 believe “that the United States Constitution establishes a Christian nation,” even though the first phrase of the First Amendment expressly says otherwise.

In light of current events surrounding cartoon depictions of the Prophet Muhammad — including attacks on French satirical magazine Charlie Hebdo in January and the Muhammad cartoon contest in Garland, Texas, in May — this year’s survey added a new question asking whether respondents think “cartoonists should be allowed to publish images of Muhammad even though those images could be offensive to some religions.” Sixty percent were in favor of allowing the cartoons, while 32% were not. Respondents under 30 years of age were much more likely (77%) to support allowing the imagery, as were non-religious individuals at 71%. Only 48% of Democrats were in favor, as opposed to 66% of both Republicans and Independents.

The survey also delves into numerous other hotly debated issues with First Amendment implications, such as whether business owners can claim religious freedom in refusing service to LGBTQ individuals or couples, whether the government should be able to closely monitor phone calls and other communications, and whether citizens should be allowed to film the police in the course of their duties. View the full results here or check out the infographic below! 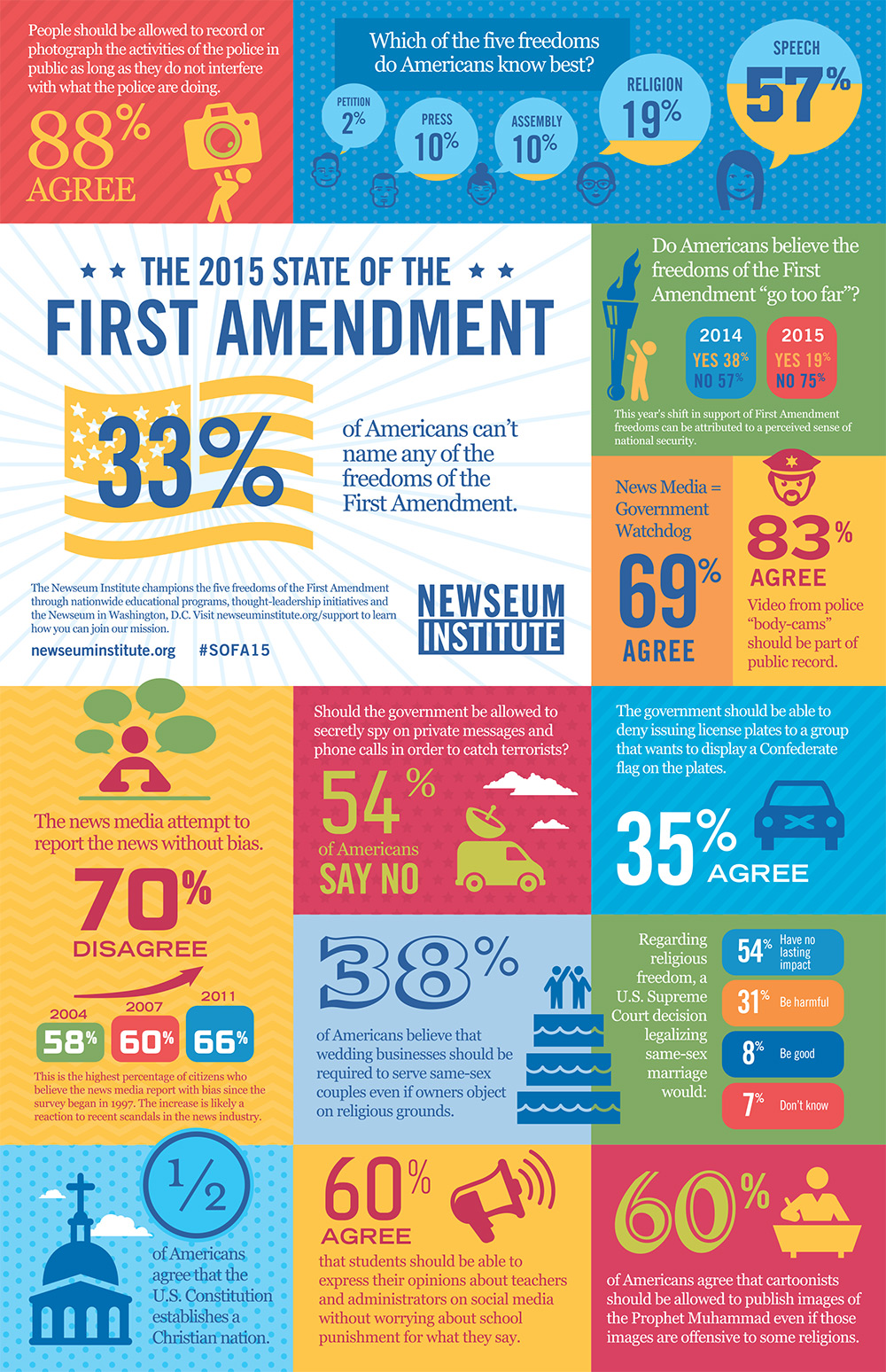 ← SDCC 2015: Kick Off Comic-Con Tonight During an Evening with Raina Telgemeier!
VICTORY in CA: Crafton Hills College Will Not Require Disclaimer on Graphic Novel Course →