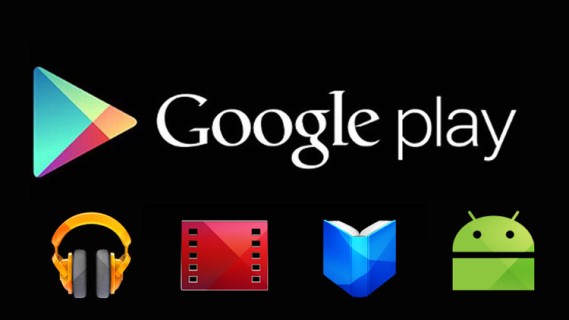 It shouldn’t be news to anyone that self-published erotica is big business. One need only look to the Fifty Shades trilogy, which began as self-published Twilight fan fiction but was later snapped up by Vintage Books and spawned a feature film despite derision from critics and actual BDSM enthusiasts alike. But while most major ebook platforms are all too happy to sell erotica that has a proven sales record and/or the backing of a major publisher, they seem to develop a certain modesty where less prominent self-published creators of racy titles are concerned — particularly if those creators are working in the comics medium.

But Google Play apparently has trouble reconciling the idea that comics for adults sometimes include frank sexuality that is integral to the plot. Roberson first got a hint of this shortly after he began offering several of his works via Google’s ebook platform earlier this month. In a blog post last week, he shared a message he received regarding The Story of OH! after it was removed from the store for alleged non-compliance with content policies:

We do not allow images of nudity with no educational or artistic value, pornographic text or depictions of extreme sexual acts, including rape, incest, and bestiality, nor do we permit pseudo depictions of these acts.

Please review your book catalog and remove any other books that do not comply with our content policies. Failure to comply with these policies may result in suspension or removal from the program.

We appreciate your understanding.

Nonplussed and unsure of what exactly might constitute “extreme sexual acts” or “pornographic text” (as distinct from “sexually explicit text” which the content guidelines say is allowed), Roberson took no action regarding his other works, only to discover shortly thereafter that Google Play had removed two more: Lulu Book 1 and Martha, a memoir that he describes as “basically a romance story with sex in it that’s simply not presented coyly.” This time around he received no notification of or justification for the removals. In frustration he then took down his only remaining work in Google Play, the stage comedy Suspension of Disbelief.

Of course, Google is a private company and can make whatever content policies it likes. But as in numerous past instances in which tech companies from Apple to Facebook to Amazon awkwardly inhabited the role of cultural gatekeepers, the real problem with Google Play’s suppression of Roberson’s work is its apparent hypocrisy. Although the content policy supposedly bans bestiality and “sexually explicit terms in titles, subtitles or descriptions,” for instance, interested parties can still buy Done By The Deinonychus and 15 Stories of Anal Sex. For creators like Roberson, whose stories have been taken down for even tamer sex and nudity, this stings a bit to say the least.

A clue to the reason for this inconsistent application of policy may lie right in the policy itself; near the bottom of the page, Google Play says that it “receives reports of policy violations through the ‘Report Abuse’ button found in our product.” Conspicuously absent is any mention that humans at Google review books for policy adherence before they’re made available for sale. Google Play is reticent to discuss its content review procedures in detail, but we do know that they only implemented human review of apps submitted to the platform early this year. In March, ebook publishing blog The Digital Reader noted in frustration that “this review process doesn’t extend to ebooks, just apps, so…Google Play Books will still be stuffed chock full of malware-ridden and pirated ebooks.”

After trying for years to actually make a living from all of his work, Roberson finally admitted defeat in the case of Vladrushka and The Story of OH! Those two are now available on his website for free. Lulu Book 1 at least remains undisturbed on Amazon and comiXology, and he is also trying the alternate financing model of Patreon — although even that has guidelines regarding nudity. In an email to CBLDF, Roberson expressed the difficulty of developing his career in the face of these roadblocks:

I do not believe I’d suddenly be rich off my work once it was all available. But if ebook and [print-on-demand] platforms would allow self-publishers to have as much of their catalog available as they let the majors, at least there’d be a chance to build some more of an audience. I’ve been doing this a long time, have a decent amount of respect, and it’s like still being a hobbyist.