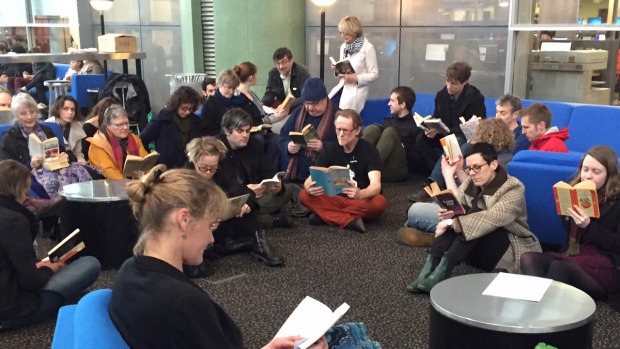 After a series of back-and-forth censor board reviews, the award-winning young adult novel Into the River by New Zealand writer Ted Dawe is now completely banned in the author’s native country, pending yet another review that will likely come next month. Currently any individual, library, or retailer that distributes the book could face a fine of at least $1800.

There is nothing particularly lascivious about Into the River, the story of an indigenous Maori teen trying to adapt to life in an elite boarding school. The book contains two brief sex scenes and some profanity, but many other books that are still freely available in New Zealand go much further. So how did it end up banned? It’s a long story involving a Christian lobbying group called Family First and two different government bodies, the Office of Film and Literature Classification (OFLC) and the Film and Literature Board of Review (FLBR). The OFLC is more or less equivalent to the non-governmental Motion Picture Association of America in that it rates movies before their release in New Zealand — except that its ratings carry the force of law, and it also rates books that have had official complaints lodged against them. As its name implies, FLBR is charged with reviewing select OFLC decisions. In 2013 OFLC first considered Into the River and gave it an unrestricted rating, but did note that it “contains sex scenes, offensive language and drug use.”

Family First disagreed with the unrestricted rating and asked FLBR to review the original decision. The latter then gave the book the unprecedented rating of R14, meaning it could not be distributed to children under 14. Unsurprisingly this caused numerous headaches for teachers and librarians who were now required by law to police the circulation of a single book differently from any others. Auckland City Libraries successfully re-petitioned the OFLC, which last month reversed the FLBR’s decision and once again removed all restrictions on Into the River. With the book then freely available to all, Family First turned back to FLBR, which on September 3 imposed an “interim restriction order” — e.g., a total ban on distribution of the book — until “the Board makes a further decision,” most likely in October.

Many New Zealanders were stunned and outraged by the ban, organizing protests across the country. Since it is still legal to possess a copy of the book — but not to lend, sell, or even read it out loud — several protests have taken the form of silent read-ins of Into the River and other previously banned or challenged books. New Zealand Attorney General Chris Finlayson said the fact that a book could be so easily banned is a clear indicator that the country’s censorship laws must be revised. But some of the strongest protest have come from author Ted Dawe himself. As a teacher for the past 40 years, Dawe noted that he has copious experience trying to find books that connect with teenage reluctant readers, particularly boys. When that connection is successful, he says, youngsters develop much more than just reading skills:

In this relatively safe context the teenager can navigate through issues such as race, sexual orientation, body issues, class discrimination and bullying and harassment. They can test their responses against the main characters and calibrate the differences without the need to discuss.

The last banned book [in New Zealand] was entitled How to Build a Bazooka. Perhaps the content of Into the River is a bazooka fired into the complacent middle class oligarchy that rules this country.

The book will likely again become available to at least some portion of the New Zealand public next month, after FLBR decides to either agree with OFLC’s lifting of all restrictions or re-impose the R14 rating. Stay tuned for updates!