This week is bookended by two monumental birthdays in the history of comics: Bill Gaines on March 1 and Will Eisner on March 6. Why not celebrate these two giants’ legacy of free speech by visiting the Rewards Zone for exclusive gear and comics?! 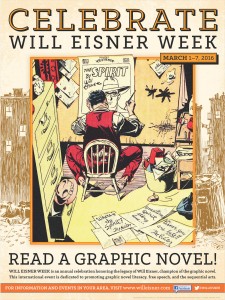 In time for Will Eisner Week, we have a limited number of the annual, full-color 2016 poster! Measuring 18 by 24 inches, with art by the great Will Eisner, this poster is a perfect item for any fan of Eisner or the rich history of comics. Get it here! 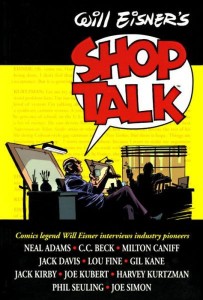 Will Eisner is a master of the comics medium, and when he got together to chat with other masters of the medium, what came of it was a collection of information vital to everyone working in the industry, and indispensable to anyone looking to get into it. Featuring interviews with Jack Kirby, Joe Simon, Gil Kane, Joe Kubert, Jack Davis, Neal Adams, C.C. Beck, Milton Caniff, Gill Fox, Harvey Kurtzman, and distribution guru Phil Seuling, Will Eisner’s Shop Talk is chock full of golden tidbits of comics knowledge. Previously serialized in the now long out-of-print Spirit Magazine and Will Eisner’s Quarterly, the interviews flow naturally into a compendium of technical secrets, light-hearted anecdotes, and informative history lessons. Get it here! 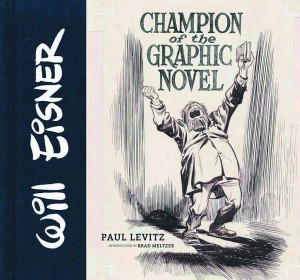 Will Eisner (1917-2005) is universally considered the master of comics storytelling and is best known for his iconic comic strip The Spirit and for his seminal work A Contract With God. Eisner went on to write and illustrate over twenty award-winning graphic novels. Will Eisner: Champion of the Graphic Novel by noted historian Paul Levitz celebrates Eisner by including not only unpublished and rare art, photographs, letters, and sketches, but original interviews with creators such as Jules Feiffer, Art Spiegelman, Scott McCloud, Jeff Smith, and Neil Gaiman, all of whom knew and were inspired by Eisner. Get it here! 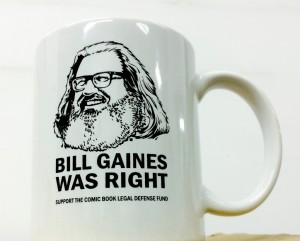 In honor of the legendary publisher of EC Comics and MAD Magazine, this mug proudly proclaims what every free speech supporting comic fan has known for years: “Bill Gaines was Right.” Not only was William Gaines a brilliant publisher, presiding over some of the greatest comics ever made, as well as America’s most beloved humor magazine, he was also a tireless fighter against censorship and a lifelong advocate for free speech. This mug succinctly celebrates his efforts, and offers a bit of thanks to a great man and a titan of comics. Illustrated by Tony Shasteen, this ceramic coffee mug is a great reminder of an important figure. Get it here! 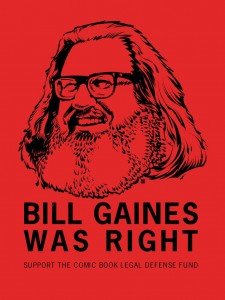 If a mug isn’t enough to declare your love for Bill Gaines, you can do it with fashion! This shirt succinctly celebrates his efforts, and offers a bit of thanks to a great man and a titan of comics. Illustrated by Tony Shasteen, and printed on very cozy American Apparel shirts. Get it here!