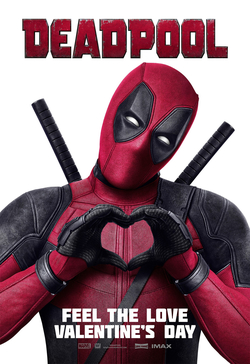 The law prohibits the serving of alcohol during the exhibition of simulated sex acts. After the DABC tried to fine Brewvies for serving adult beverages during showings of Deadpool, which is rated R, and threatened the theater with revocation of its liquor license, Brewvies took DABC to court, challenging the constitutionality of the law. Upon filing the lawsuit, Brewvies lawyer Rocky Anderson told Chris Miller with CBS affiliate KUTV, “This isn’t only about Brewvies First Amendment rights. This is about the First Amendment rights of Brewvies customers, who obviously want to see these movies. Whether alcohol is involved or not, the First Amendment applies. Period.”

The state backed off of enforcing the law (for now), but they filed a response to the lawsuit, denying that the Alcoholic Beverage Control Act violates the First Amendment and claiming that the “regulation is within the constitutional power of the government” and “the State has the authority to protect the public health, welfare and morals of the community.” The state of Utah further claims they aren’t interested in suppressing free speech and that any impact on expressive content is incidental, so they are not in violation of constitutional law.

How showing Deadpool while serving alcohol constitutes a threat to the “public health, welfare, and morals” of the Salt Lake City community isn’t outlined in the response. Anderson has previously argued that the law is “is generally used to regulate alcohol at strip clubs.” Brewvies is fighting to have the law as it relates to film screenings like Deadpool repealed. “That’s what’s given the DABC the notion that they can go around and censor and punish people for what otherwise is First Amendment protected,” Anderson told The Washington Times.

Further, this isn’t the first time, Brewvies has been the target of what many people regard as an absurd law. In 2011, the theater was fined $1,627 for a similar “offense” when they served alcohol at showings of Hangover Part II, and the theater has been threatened by DABC over showings of Magic Mike XXL and Ted 2.

The state of Utah has decided to suspend citing Breviews pending the result of the lawsuit but has asked that the case “be dismissed, with prejudice, that [Brewvies] take nothing thereby, and that [the state of Utah] be awarded costs and fees reasonably incurred in defending this action and such other relief as the Court deems just.” They have requested a bench trial set for January 2017.

You can read the entirety of the state of Utah’s response to the Brewvies lawsuit here. To support their First Amendment fight, Brewvies has turned to an online fundraising campaign, which has raised over $22,000 (including $5,000 from Deadpool star Ryan Reynolds). We’ll post updates as the story develops.