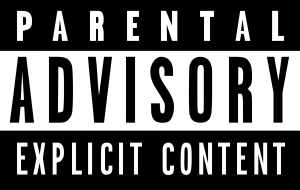 With every new generation, there is a new form of media that becomes both actively embraced by American youth, as well as socially stigmatized and branded as “low class,” “obscene,” and “dangerous” by the morality police (aka grown ups). It happened to comics in the 1940s and 1950s. In the 1990s, that taboo was rap music. An excerpt from Rolf Potts books The Geto Boys posted on Cuepoint traces the salacious history of rap from its roots in the early 1990s and uncovers some unsurprising parallels between the attacks on rap and the great comic book scare of the 1950s.

From the southern California-based group N.W.A to south Florida’s 2 Live Crew, the 1990s saw the emergence of a grittier and highly expressive form of music that wasn’t afraid to use explicit language, celebrate sex, or actively embrace an antiestablishment mentality. Rap challenged all assumed conventions of what popular music could (and should) be, and in this way became the target of numerous political officials who saw it as their social and moral obligation to censor and condemn a form of art they were unfamiliar with and didn’t understand. 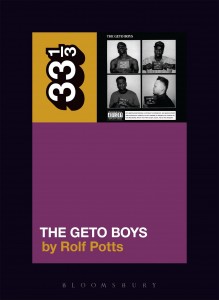 Although rap held an immense appeal for this new generation, authorities in the adult world rap music saw rap as “repulsive,” “abusive,” and “hostile.” “Rap’s new strain of nihilistic anti-authoritarianism didn’t just rankle the likes of Tipper Gore (who suggested that hip-hop would lead American girls to “think of themselves as ‘bitches’ to be abused”) and Newsweek (which declared the attitude underpinning rap to be “repulsive”) panic notes Potts, adding:

It also unsettled political progressives, the black middle class, and hip-hop’s East Coast gatekeepers. Left-wing academics wrote despairing letters to the New York Times, insisting that the likes of 2 Live Crew were “dangerous to the status and safety of women,” aging black jazz aficionados took to the pages of Billboard to condemn rappers as “irresponsible and inarticulate,” and the New York-based rap establishment, startled equally by N.W.A’s violent lyrics and multi-platinum success, responded to Straight Outta Compton with a mix of high-minded finger-wagging and outright hostility.

In the 1990s rap music was seen as a social epidemic that only regulatory action and censorship could cure. Whether it be the infamous black-and-white “Parental Advisory: Explicit Lyrics” sticker on CDs or the development of protocols by record labels that proactively warned artists of the “possible consequences” of explicit material, pressure and backlash from figures like Tipper Gore and the media forced the music industry to take a close look at their production and distribution practices.

This level of social uproar really wasn’t anything new. In the 1950s, America saw the same fears and concerns being expressed over another art form that was popular with the kids: comic books. Superheroes may have dominated the newsstands in the 1930s and early 1940s, but the newly emergent crime, horror, and terror genres embraced sex, violence, and antiestablishment concepts just as freely as rap music of the last decades of the century. “Like the upstart rap groups of the late 1980s, the pulp comics of the late 1940s appealed to young consumers through their vivid depiction of vice, lust, horror, and lawlessness, often told from the perpetrators’ points of view,” writes Potts.

In response to the rise in consumption of these printed periodicals, community members, political officials, and trained professionals all took to the streets to fight against the criminal comics. That battle came to a head in 1954, when Tennessee Senator Estes Kefauver led a Senate Subcommittee hearing that purported to show the relationship between comics and an increase in juvenile delinquency. Using the testimony and “evidence” of Brooklyn-based child psychologist Dr. Fredric Wertham, Kefauver cemented the viewpoint that comics were indeed dangerous and needed to be regulated.

At the conclusion of the hearing, the self-regulatory organization, the Comics Code Authority (CCA), was established and the Comics Code was put into action. Much like a “Parental Advisory” label, the Comics Code would be branded on all comics deemed appropriate for the newsstand — but not before they were reviewed, scrutinized, and scrubbed clean of violence, sex, and deviancy by the CCA. But the CCA took it one step further: Books that didn’t have the label simply weren’t allowed on newsstand racks.

A lot of the same political discourse and social rhetoric that we saw in the 1950s used against comics got rehashed and regurgitated in the press against rap music. Much like the underground comix movement, which operated in complete opposition to the CCA and via alternative sales outlets, some rappers would produce music under their own self-affiliated regional labels, effectively shielding themselves from the same level of scrutiny that the major labels imposed upon their creators.

That didn’t stop groups like the Geto Boys, who saw the public controversy surrounding rap music as a means to fight for their right to freedom of expression. Industry imposed censorship and political backlash didn’t stop the musicians from embracing this new form of music that spoke to their experiences. The 1990s may have been witness to “the great rap censorship scare,” but as Potts points out “when The Geto Boys doubled down on all the controversy that had come before it, rap had arrived as a truly national music that (among other things) reserved the right to say whatever the fuck it wanted to say, and be whatever the fuck it wanted to be.”

Read the full excerpt from Rolf Potts book here, and don’t forget to check out CBLDF’s historical resources on the Comics Code!

← Henning School Board Restores This One Summer to Library, with Restrictions
Pasco County Schools Will Clarify Review Procedure for Challenged Books →