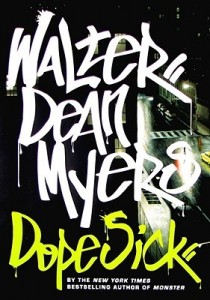 Virginia state senator Amanda Chase is continuing a censorship crusade against certain books in her local school district, now pushing for future summer reading lists to include warnings for parents on books that may be controversial. The concept is similar to a bill that passed through the state assembly earlier this year before it was vetoed by Gov. Terry McAuliffe.

Although the selections on Chesterfield County Public Schools’ summer reading lists were only suggestions, not required assignments, Chase previously said that the professional librarians who compiled them should be fired and that she would “absolutely” like some books removed from school libraries altogether because “if it’s X-rated material, I don’t want my kids getting their hands on it.” The titles that have raised objections from parents include Eleanor and Park by Rainbow Rowell and Dope Sick by Walter Dean Myers.

The school district already caved to pressure from a vocal minority of parents andreplaced this year’s lists that had been compiled by district librarians with links to third-party sites including YALSA, Scholastic, and Read Kiddo Read. But even that appeasement did not satisfy Chase, who has three children enrolled in the district. Because some of the critically praised books from the original lists also appear on the third-party sites, Chase says that “it’s the same thing” as the district recommending those titles directly.

In the Chesterfield Observer’s latest article on the ongoing community debate, Chase claimed that she is not advocating censorship because “freedom of speech does not mean that we have to promote every book in print as recommended reading for every child in our schools.” Of course, the reading lists by their very nature did not include “every book in print,” but were selected based on review sources, award status, and librarians’ familiarity with the diverse student body. Chase previously dismissed the idea that each parent should guide their own children’s reading selections from the lists, saying that “we don’t have time to check over everything our kids are reading.”