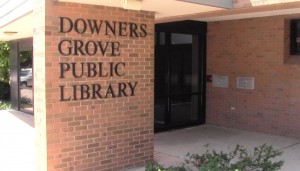 A library board trustee in Downers Grove, Illinois has been removed by a unanimous vote of the village council after he publicly questioned why library staff should receive training on inclusion and diversity, and further advocated that “young children should not be exposed to [library] materials that may confuse them about their sexual identity.” The appointment of Arthur Jaros Jr. to the board in 2015 was controversial from the start, given that he had previously led an unsuccessful challenge against an optional reading assignment at a local high school.

Jaros made the comments about diversity and inclusion during a public board meeting on August 23, although the facts are in dispute. A summary of the meeting posted online by the local chapter of the League of Women Voters said that Jaros claimed “children…had to be protected by library staff from inclusion by ignoring its existence” and proceeded to read from a section of Illinois Code pertaining to sex education in schools, which has no bearing on public library staff training.

According to the League of Women Voters report, other trustees sharply disagreed with Jaros. Nevertheless he reportedly leaped from the initial issue of staff training to stating “his objection to the library staff creating any reading lists for distribution as they might pick authors that were too diverse and not, in his opinion, a true reflection of writers he felt were appropriate for children.”

Jaros, an attorney, says that the League of Women Voters report is inaccurate and has filed a defamation lawsuit against the group. Despite his legal bona fides, however, he reportedly told the Chicago Tribune that he believes “the children’s section of the library should be operated under a different set of principles” than the rest of the collection. After all six members of the village council voted to remove him from the library board on Tuesday, Jaros stated that he believes the vote was “legally invalid and I’m a still a library trustee.”

As it happens, Jaros’ son and daughter-in-law are the West Chicago couple who recently pushed for the removal or relocation of This Day in June, a children’s picture book about a Pride Parade, in the West Chicago Public Library. That challenge was defeated by a 6-1 vote of the WCPL board last week at a meeting where over 130 community members showed up to support the book and intellectual freedom.

In Downers Grove, another Chicago suburb about 15 miles southeast of West Chicago, Mayor Martin Tully appointed Jaros to the library board in 2015 for his financial expertise, despite the fact that as a private citizen he had previously tried to get the novel Blue Star Rapture removed from an optional reading list at Downers Grove South High School. Here’s what we wrote at the time:

In 1999, Jaros and another resident demanded the removal of Blue Star Rapture by James Bennett from the high school curriculum due to language they described as dirty, offensive, and insensitive. They also said that the book about high school basketball players from Chicago ‘violates conservative DuPage County community standards and is poor educational material in the absolute sense and in the comparative sense.’ Julia K. Beckman, who was…on the District 99 Board of Education, told the Chicago Tribune that ‘all seven board members, who had a variety of religious and educational opinions, read the book and unanimously decided that it was not offensive and should remain. We could not let one religious view dictate educational choices.’

Despite considerable community feedback against the appointment of Jaros two years ago, Mayor Tully pushed for a vote before he and the village council had ample time to consider the issue because he wanted to meet a self-imposed deadline. Tully now tells the Tribune that he and Jaros had an agreement that if the latter “became a lightning rod for conflict, he would be removed from the board.” The mayor adds that when asked to voluntarily resign from the board last week, Jaros “politely declined.”