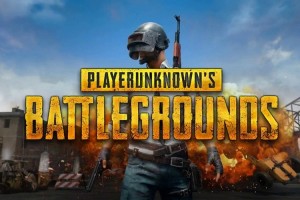 China’s media censor board announced this week that it is unlikely to approve the wildly popular multiplayer online video game PlayerUnknown’s Battlegrounds (PUBG) because it “severely deviates from the socialist core value and the Chinese traditional culture and moral rule.” The game is not completely blocked in the country since players can access it on Steam, but Chinese companies are prohibited from distributing or promoting it.

The object of PUBG is to pick off fellow players battle royale-style, with the last remaining player or team being the winner of each match. In its statement this week, the China Audio-Video and Digital Publishing Association made clear that while it is displeased with violent games in general, this particular genre is additionally considered contrary to Chinese values. Any future battle royale games are also unlikely to be approved, it warned.

PUBG is developed by South Korea-based Bluehole, but already makes 40% of its Steam sales in China. Incidentally, South Korea’s own government censor recently declined to rate the Japanese-made Danganronpa V3: Killing Harmony, in which schoolchildren are forced to hunt each other to the death. The lack of a rating meant the game could not be released in South Korea.

The Steam dichotomy for PUBG in China also has a parallel in the U.S. with Conan Exiles. In order to avoid the dreaded AO rating from the (non-governmental) ESRB, the Norwegian developer of that open world survival game removed nudity from the Xbox version for U.S. release. Players in the U.S. can still access the original on Steam, which does not require games hosted on its site to be submitted for rating by ESRB or any other entity.

The Chinese censor’s move against PUBG and other games like it comes amidst ever-increasing nationalism from Xi Jinping’s government, which has recently proposed jail time for people who disrespect the national anthem. Media regulators have also been cracking down on other content judged to conflict with “core socialist values,” including depictions of homosexuality and drug addiction.