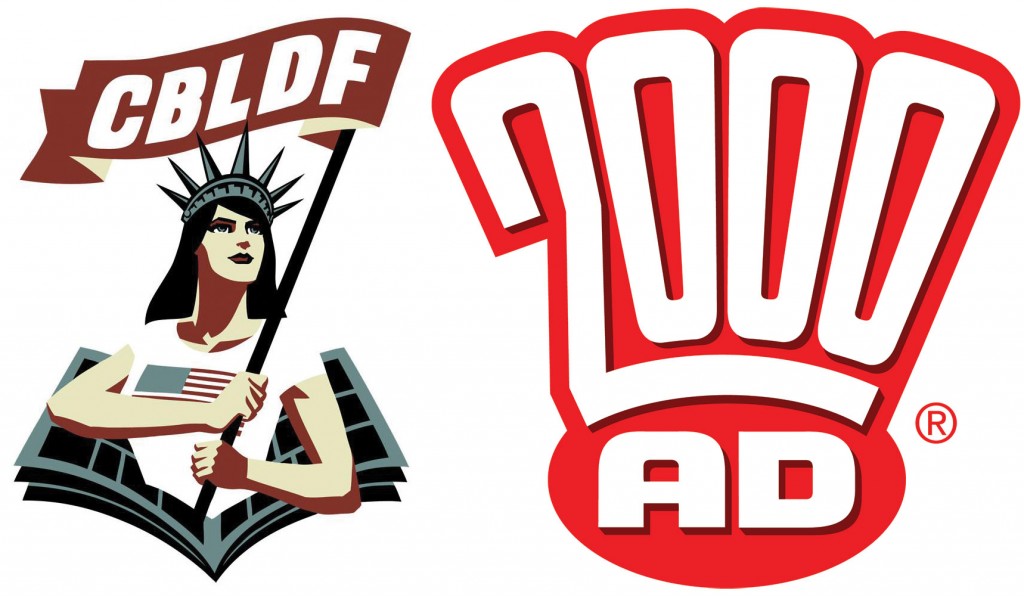 “We are proud to support Comic Book Legal Defense Fund by becoming a corporate member,” says Ben Smith, Rebellion’s Head of Books and Comic Books. “CBLDF does vitally important work supporting creators, retailers, and readers with their preventative resources and legal action. We’re proud to contribute to their vital work!”

Founded in 1992, Rebellion® is one of Europe’s leading independent game developers and comic book publishers. In 2000, Rebellion acquired the legendary weekly comic book 200 0 AD and has re-established this world-famous institution as one of the leading lights in the industry, continuing its 40-year tradition of cutting edge storytelling and discovering talent that has and continues to shape the industry.

CBLDF Executive Director Charles Brownstein says, “Rebellion publishes forward-looking comics and a library that changed the medium by introducing new creators, stories, and points of view. We’re thrilled to welcome them to our corporate member ranks where their support bolsters our efforts to advance appreciation and understanding of comics of all kinds, while continuing our proactive efforts to protect the freedom to read!”

Founded in 1992, Rebellion is one of Europe’s leading independent game developers and publishers. Whether it’s the breathtaking intensity of Sniper Elite 3, the face-hugging terror of Aliens vs. Predator or the grindhouse frenzy of Zombie Army Trilogy, the Oxford-based studio is known for creating stand-out games that thrill players. In 2000, Rebellion bought the legendary weekly comic book 2000 AD and became one of the leading publishers of comic books and books with its acquisition of Solaris genre imprint and the establishment of Abaddon Books. In 2016, it acquired the comic book archive of Fleetway/IPC from the 1970s and ‘80s, launching the Treasury of British Comics in 2017.