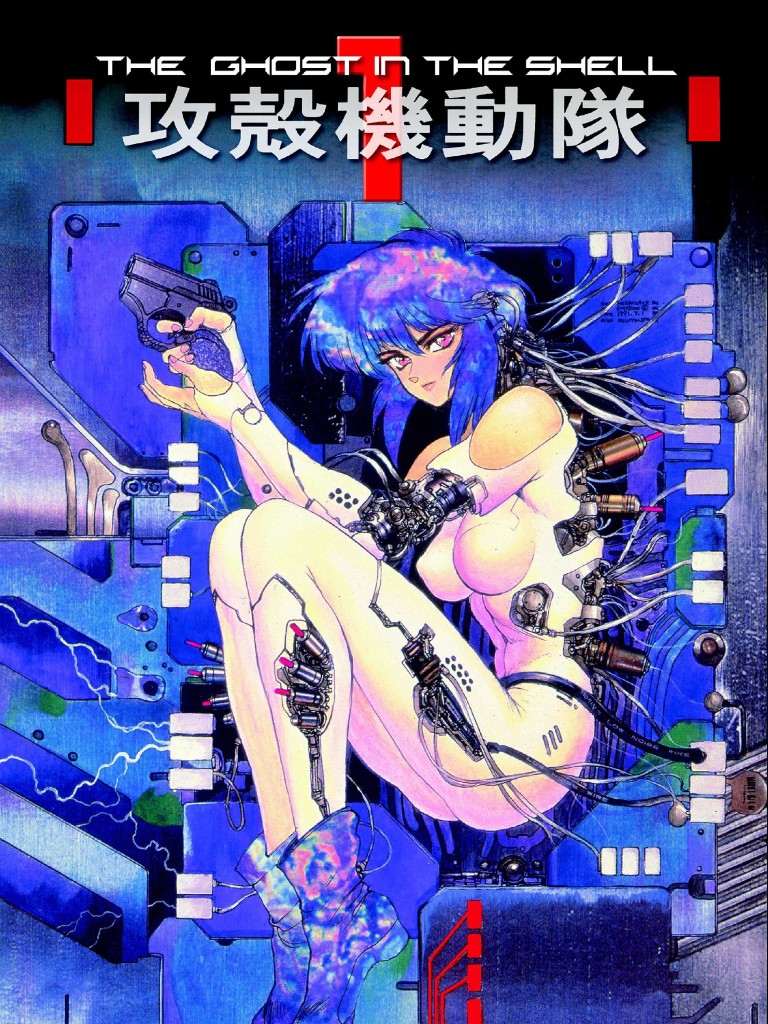 Paul Pope (THB, Batman: Year 100) started at Kodansha comics in 1995. During his five years working for Japan’s largest publishing company a lot of the things he created didn’t make it to the shelves, but because of the caliber of people he worked with, he recalls the period fruitful in a different way – likening it to comics graduate school.

Pope, a long time supporter of Comic Book Legal Defense Fund, was psyched to see that Kodansha comics developed an epic manga humble bundle to benefit CBLDF. When chatting about all the killer stuff available for the next week with this deal, he offered up this recommendation:

”Ghost in the Shell is a seminal work of cyberpunk and some A-class manga storytelling. A must-read for anybody serious about manga and science fiction! After this, watch GITS: Innocence! It’s the second animated GITS film in the series, and a superb science fiction film in its own right. Manga/anime one-two punch!”

Get The Ghost in the Shell here for as little as $15 and support CBLDF’s fight for free speech!

Released in 1989, Masumune Shirow’s The Ghost in the Shell is a bit of an outlier when it comes to manga. Partly because this is a dense, tightly-packed story in a medium where decompression and multi-volume storytelling is the norm. In 350 pages, we not only get an exciting science fiction adventure, but are also introduced to a world that feels real and prescient. The manga is set in a technologically advanced, post WWIII Japan in the 21st century, where the line between humans and AI has blurred to the extent that human beings — or more specifically, the augmented cybernetic consciousness that any human being can inhabit — are vulnerable to hackers. The counter-terrorism outfit Section 9, led by cyborg Major Motoko Kusanagi, is tasked to bring down the Puppeteer, the mastermind behind a cyber-crime spree. As the team go about hunting down their quarry, they encounter both criminal shenanigans and a government conspiracy that sets up an eventual conflict between man, machine and cyborg.

The denseness associated with the manga also comes from Shirow’s detailed footnotes, referencing scholarly works on subjects as varied as fungi, optical sensors, and the evolution of human life. The creator is unabashed about name-checking his influences (even the title is derived from philosopher Arthur Koestler’s seminal work on cartesian dualism), and he tries to ground all the technology and ideas with scientific explanations. Consider, for example, a footnote accompanying a cyborg sex scene which talks about pleasure-pain points in humans and the design of a virtual reality porn program (the manga is categorized seinen, aimed at a mature audience, and features scenes of graphic violence and occasional nudity). Themes such as VR, artificial intelligence, neural networks, body-hacking, cyber crimes, prosthetic enhancements, and the nature of human consciousness are particularly resonant in 2018, with increasingly occurring public debates about the positives and negatives of AI.

Unlike traditional manga which reads right to left, Ghost in the Shell was redrawn by Shirow for international audiences to read left to right. The gorgeous, hyper-detailed artwork is reminiscent of other great sci-fi manga of the eighties, such as Akira and Battle Angel Alita, meshing cartoony expressions with kinetic action sequences. Every chapter of the predominantly black-and-white book is preceded by a couple of fully-painted pages, and the color not only serves to highlight just how much attention Shirow paid to visual details, but also immerses us deeper into his world.

It’s not surprising therefore to see how Ghost in the Shell evolved from this short volume and its two sequels (GITS 1.5: Human Error Processor and GITS 2: Man Machine Interface) into a lucrative and labyrinthine mass-media franchise. From an acclaimed anime movie adaptation in 1995, which inspired core concepts in the Wachowskis’ Matrix trilogy and James Cameron’s Avatar, to multiple TV and film animation spin-offs that both expanded and retold the story, all the way to the live-action Hollywood adaptation starring Scar-Jo. But it all began here, with Ghost in the Shell, and it is still mind blowing, even after thirty years.

Don’t miss out! Until June 20th, you can snag GITS as part of the 80 volume manga to anime humble bundle supporting CBLDF on the front lines of the fight for free expression. Download it now!

Satyajit Chetri works as an architect for a machine translation company in Los Angeles. He likes, in no particular order: cast iron cooking, Alan Moore, road trips, manga, public libraries, electronic music, collecting comic art, and lists that begin with the words “in no particular order”. He is not on social media, but is quick to respond via email (satyajitc@gmail.com).