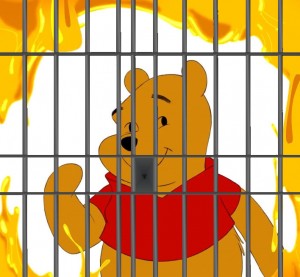 Another blow for human rights and freedom of expression in China as Lady Tianyi, pen name of the popular erotica writer, is sentenced to ten years in jail for “producing and selling pornography.” Pornography is illegal under Chinese law, but that doesn’t make it uncommon, and critics feel that the prosecution of authors like Tianyi is further proof that President Xi is more interested in controlling the citizens than reducing actual crime.
Javier Hernández and Albee Zhang of the New York Times wrote this about the recent judgment, “Her punishment captured national attention in recent days, with many Chinese citizens denouncing it as harsh and excessive. In tens of thousands of unusually blunt online comments, many questioned the fairness of the judicial system and said that the government was going too far in its efforts to stop the spread of obscene material.”

One common thread in the backlash to the sentence was the observation that Tanya’s sentence was harsher than actual criminals. According to a Reuter’s article one person on Chinese social media “shared an article about a case from 2010 when a man was jailed for 18 months for imprisoning children and commented: ‘I don’t understand the law, but there have been people who did things as inhuman as this and only get a year and a half.” In an article from the New York Times quoted Deng Xueping, deputy director of the Shanghai office of Capital Equity Legal Group, a law firm as pointing out “The punishment for rape can be three years. Selling pornography or raping a girl — which is more harmful?”

According to the Chinese state media, the sentence was so harsh because Tianyi made a profit for her last book Occupy which sold 7,000 copies, earning her 150,000 yuan, or roughly $21,600.

Tianyi built a rabid following through specializing in “boys love” stories, a subsection of erotica focused on male protagonists that is associated with queer culture, but also very popular with straight women interested in rebelling against gender stereotypes. While homosexuality is no longer a criminal act in China, the LGBTQIA community is far from having equal rights, and many see this excessive jail sentence as proof that the Chinese state still criminalizes sexual minorities.

In April of 2018, Weibo, a Chinese social media akin to Twitter, made an announcement that it would remove all erotic and homosexual images, “singling out manga animation that often depicts raunchy gay male relationships, but then reversed its decision after widespread criticism.” That shows that international attention can help enact changes around the world, and there is no better time to try to use that influence than to help Lady Tianyi. Not only does this case set a terrible precedent for freedom of expression, but it also seems that it could have dangerous and lasting consequences for Chinese comics or manhua. Tianyi plans to appeal this court ruling, so there might still be a chance to speak out and draw attention to this gross injustice.

Sophie Richardson, China director for Human Rights Watch, told Hernández and Zhang “Ten years in jail for writing a book and selling it online? I don’t know what’s beyond the pale, but this must be it.”