In celebration of Black History Month, CBLDF is rerunning some amazing profiles created in partnership with Black Nerd Problems to spotlight Black comics creators and cartoonists who made significant contributions to free expression. To see the full list of resources, visit http://cbldf.org/profiles-in-black-cartooning/ 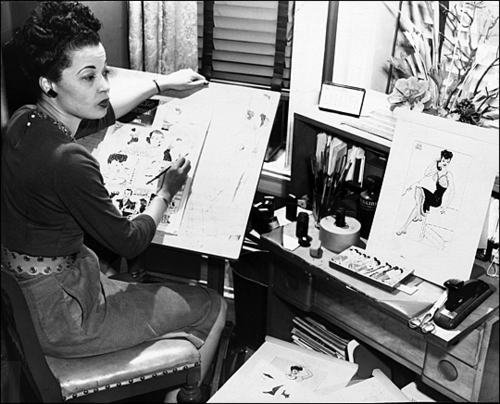 Ormes got her start in journalism while she was still in high school, reporting for the Pittsburgh Courier, which had a nationwide distribution. For her first assignment, she covered a boxing match — with the Courier’s sports editor as a chaperone since “I was just a punk,” she said later. She relished the excitement of the news business, recalling in an interview that she “had a great career running around town looking into everything the law would allow, and writing about it.” 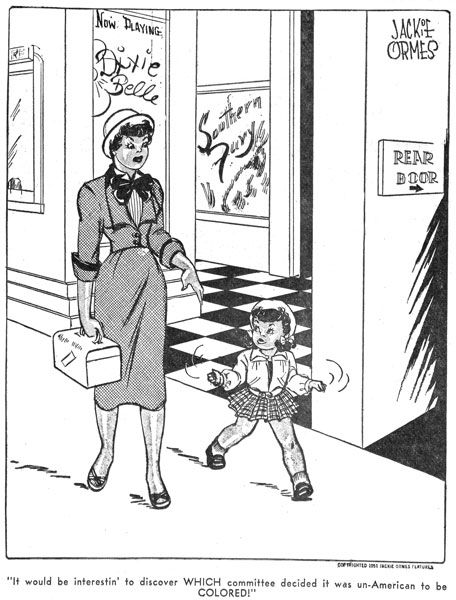 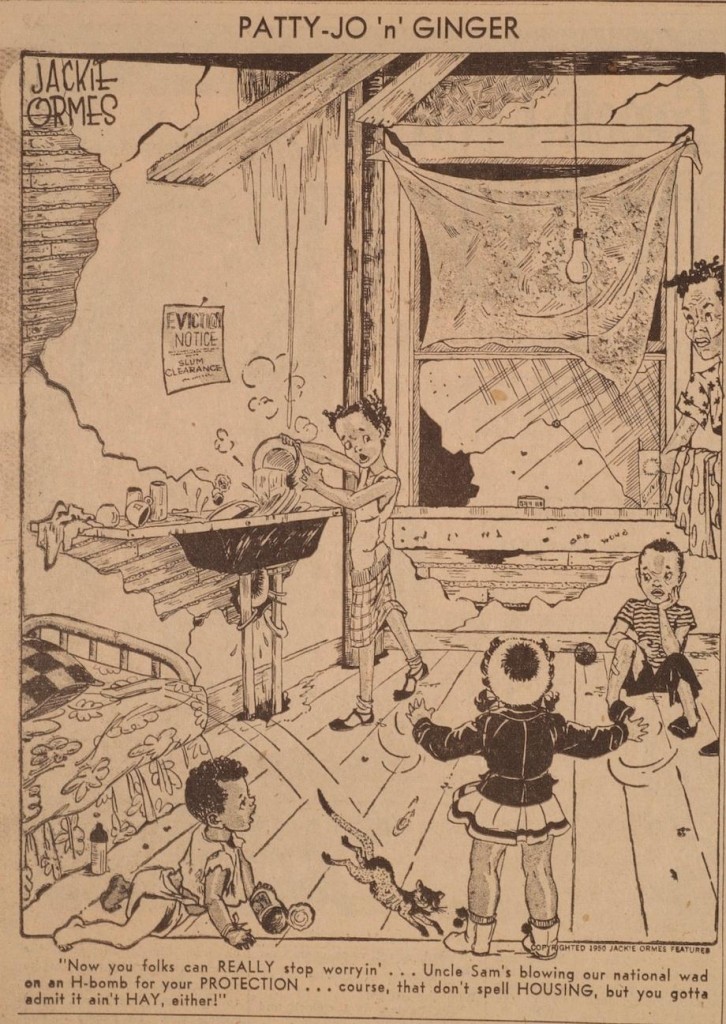 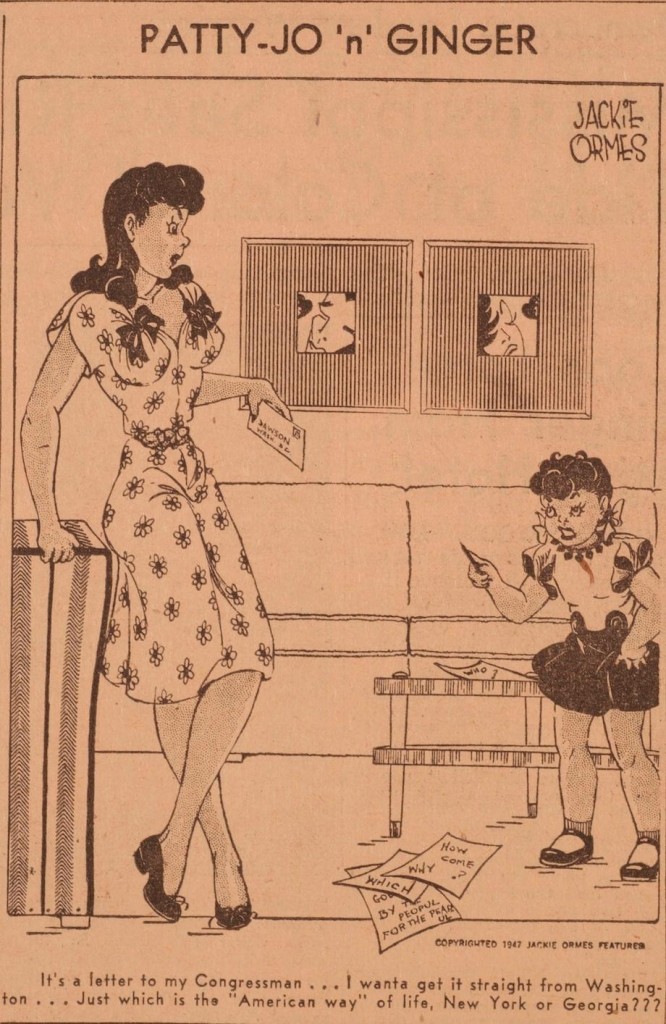 In 1940 Ormes brought the original Torchy Brown to an end and briefly moved with her husband Earl to his small hometown of Salem, Ohio, but she was unhappy there, and they soon moved again to Chicago. There, Ormes got a reporting job with the Chicago Defender, and by the mid-1940s she had conceived of another comic strip, the single-panel Candy. In 1946 she started another single-panel strip, Patty Jo ‘n’ Ginger, which featured the acerbic little girl Patty Jo and her fashion-plate older sister Ginger. Through the voice of Patty Jo, Ormes again commented on issues of the day, such as racism, sexism, the military-industrial complex, and McCarthyism. In 1948 she also licensed a Patty Jo doll, which was the first nationally distributed Black doll and remains a highly sought-after collector’s item to this day.

In 1950 a national syndicate persuaded Ormes to bring back Torchy Brown for a new strip, Torchy in Heartbeats. Initially, however, the syndicate only wanted her to provide the art to match a male writer’s storylines. This did not work out well, as Ormes said she constantly had to remind the writer that the character she created “was no moonstruck crybaby, and that she wouldn’t perish between heartbreaks. I have never liked dreamy little women who can’t hold their own.” Eventually, Ormes again gained full creative control over the strip, which ran until 1955, when papers like the Courier and the Defender cut their comics sections to give more space to news coverage of the growing Civil Rights Movement. Ormes switched to fine art painting until she also had to give that up due to rheumatoid arthritis. 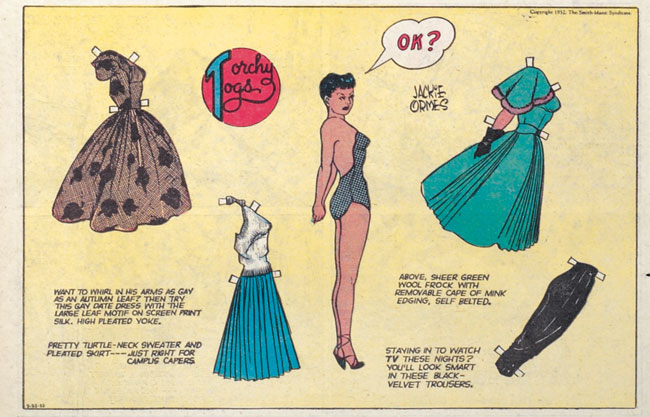 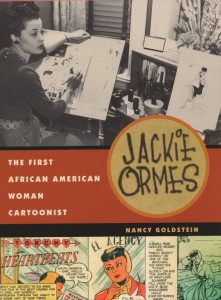 In 2018, Jackie Ormes was posthumously inducted into the Will Eisner Comics Hall of Fame, reigniting interest in the life and work of this brilliant comics pioneer.

Jackie Ormes was profiled in CBLDF Presents: She Changed Comics, along with a myriad of other women who established and influenced the comics industry that we know today. Get your copy here, or check out the free resources for using this work in the classroom. Please support CBLDF as we fight for all voices to be heard, and receive a signed copy of Jackie Ormes: The First African American Woman Cartoonist for your collection!