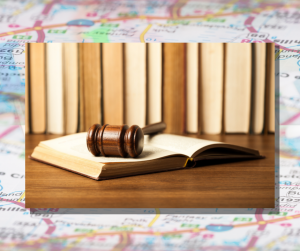 The First Amendment rights of students continue to be a topic of litigation fifty years after the United States Supreme Court’s decision in Tinker v. Des Moines Independent Community School District (you can read about Tinker and subsequent cases here). April 2019, in K.B. v. DeKalb County School Dist., a federal district court in Georgia allowed a high school student’s lawsuit claiming violation of his First Amendment rights to proceed against the school district and school principal.

In his suit, the student claimed that he was suspended for distributing stickers calling for the firing of the principal, who was the subject to several public controversies in the community related to her performance, including coverage by local television news and newspapers. The stickers at issue did not include any lewd or vulgar message, were limited to 36 total, and were not placed on other students’ property or any property of the school.

The court recognized the Tinker holding that students did not “shed their constitutional rights to freedom of speech or expression at the schoolhouse gates” but that student conduct may be regulated when it materially disrupts classwork, involves substantial disorder or invasion of the rights of others. Citing subsequent cases, including the United States Supreme Court’s post-Tinker decision in Bethel Sch. Dist. 403 v. Fraser, the court went on to note that the mere “specter of disruption or the mere theoretical possibility of discord, or even some de minimis, insubstantial impact on classroom decorum” were insufficient to curtail otherwise protected student speech. At this early stage of the litigation, the court could not find any demonstrable factors that would give rise to a reasonable prediction that the stickers would cause a material disruption of school activities. Moreover, while the stickers may have been upsetting to the principal or challenged her authority, they were not the sort of lewd or vulgar speech found to be unprotected by the First Amendment in other cases. The school officials’ fear and prediction of student unrest, under the circumstances, did not appear to be well-founded and the “the students merely expressed themselves without engaging in improper conduct.” The court did not accept the school officials’ arguments that the suspension was given not as a result of speech, but for insubordination; instead, the court cited allegations in the Complaint that a teacher reported that the students  did not “disrupt class or in any way impede learning” and were “respectful and removed the sticker when I asked them to.”

Finally, the court held that the student stated a claim for viewpoint-based discrimination. The student alleged in his Complaint that other students wore clothing supporting the school team, clubs and events without sanction. The court stated that it could reasonably infer from the allegations in the Complaint that the student was punished for his viewpoint rather than merely for engaging in speech via a sticker, harkening back to the Tinker decision’s finding that the school in that case singled out for punishment the wearing of black armbands protesting the war in Vietnam, but did not prohibit the wearing of all symbols or political or controversial significance.

It’s important to remember that the decision in K.B. merely holds that the student stated a cause of action and could proceed in his lawsuit, and that the Complaint was not subject to dismissal at the preliminary stages of the litigation. However, the court’s refusal to simply defer to the schools officials’ judgments and predictions regarding disruption may pave the way for the student to prevail in his First Amendment claims and reaffirm the distinction between punishment of speech and conduct, and narrow the possibility of using pretense of punishing speech through the pretense of insubordination.

The full text of the opinion can be found below.

Make sure that your students, family, neighbors’ kids, are protected when they exercise their First Amendment Rights. Read and share CBLDF’s Be Heard! and discover best practices for young adults interested in their right to protest.