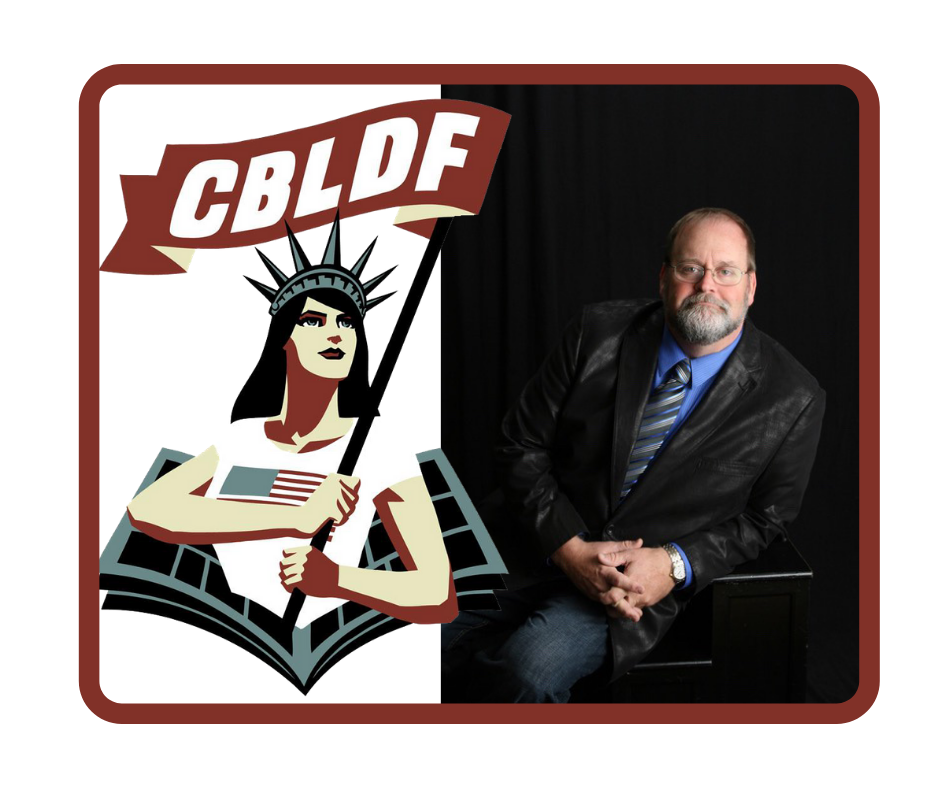 “I have been a proud and devoted supporter of CBLDF for many years,” Schreck says. “Its mission and contribution to the health and betterment of our precious medium has been invaluable. The Fund’s stalwart efforts and incredible results during the course of my career have been a wonder to watch. I am very excited to join the CBLDF team and to make further strides toward protecting our industry’s essential rights.”

Schreck entered comics in 1975 as an organizer for Creation Conventions. He is best known for his work in publishing, having held positions at Comico, Dark Horse, DC, and IDW. In 1997, he co-founded Oni Press, and he went on to establish Legendary Films’s comics publishing division in 2010. He has served as editor for talents such as Neil Gaiman, Harlan Ellison, Bernie Wrightson, Fiona Staples, Frank Miller, Jeff Lemire, Guillermo del Toro, Lynn Varley, Paul Pope, Len Wein, Amy Reeder, Dave Gibbons, Scott Morse, Grant Morrison, and many others.

CBLDF Executive Director Charles Brownstein says, “Bob’s dedication to the comics field has made it more diverse, creative, and successful. We’re elated that he’s bringing his experience to the service of CBLDF’s important mission.”

Schreck succeeds Alex Cox in the Deputy Director position. Over the past decade, Cox oversaw CBLDF’s branding and fundraising, produced several historical programs, and edited numerous publications, including the forthcoming Selling Comics, a handbook for comic book retailers. Brownstein notes, “Alex changed CBLDF for the better and we look forward to seeing him continue to make positive changes for the industry in his future endeavors.”

For more than 30 years, Comic Book Legal Defense Fund has protected the First Amendment rights of the comics field and developed powerful education efforts in the service of the community. CBLDF has supported a wide range of cases in 2019, including the defense of several identity censorship cases. This year, CBLDF successfully protected the graphic novel Fun Home in New Jersey and provided legal support to retailers, educators, and creators. The organization’s resources support the understanding and protection of First Amendment rights, including free legal aid and advice on issues related to the comics medium and an ongoing education program that includes publications, webinars and events. To learn more about CBLDF, please visit www.cbldf.org

Bob Schreck is an award-winning editor who has worked in comics since 1975. His publishing career began at Comico in 1985. By 1991, he joined Dark Horse and was the editor of creator-owned titles and the Legend line, where he shepherded Frank Miller’s Sin City and Dark Horse Presents, among many other titles. In 1997, along with Joe Nozemack, he launched Oni Press. In 1999, Schreck joined DC Comics, becoming Group Editor of the Batman franchise, for which he shepherded projects such as DK2, Batman: Hush, Sweet Tooth, Batman: Year 100, Daytripper, and Green Arrow. After working briefly at IDW, he landed at Legendary Films as Senior VP-Editor-in-Chief. Schreck lives in Oregon with his husband Randy and their dog Bandit.

Comic Book Legal Defense Fund is a non-profit organization protecting the freedom to read comics! Our work protects readers, creators, librarians, retailers, publishers, and educators who face the threat of censorship. We monitor legislation and challenge laws that would limit the First Amendment. We create resources that promote understanding of comics and the rights our community is guaranteed. Every day we publish news and information about censorship events as they happen. We are partners in the Kids’ Right to Read Project and Banned Books Week. Our expert legal team is available to respond to First Amendment emergencies at a moment’s notice. CBLDF is a lean organization that works hard to protect the rights on which our community depends. For more information, visit www.cbldf.org.

← Ask Your Local Comics Shop for This is What Democracy Looks Like Today!
History of Comics Censorship, Part Four →