As 2019 is coming to a close, we’re looking back at the past decade of comics censorship. In the last ten years, comics have experienced a meteoric rise in popularity, unprecedented inclusion in schools, and a subsequent increase of censorship attempts. A look at the annual lists produced by the American Library Association’s Office for Intellectual Freedom of the most frequently challenged and banned books demonstrates this well. Before 2010 it was rare for a comic to appear on the list, but since then the quantity of challenges and bans to comics has consistently climbed, due in part to their increased inclusion in academic settings. With more challenges comes more opportunities for CBLDF to fight for free expression and the inclusion of these important graphic novels. So take a look at these five comics that not only changed the medium, but continue to demonstrate the importance of free expression on a regular basis. 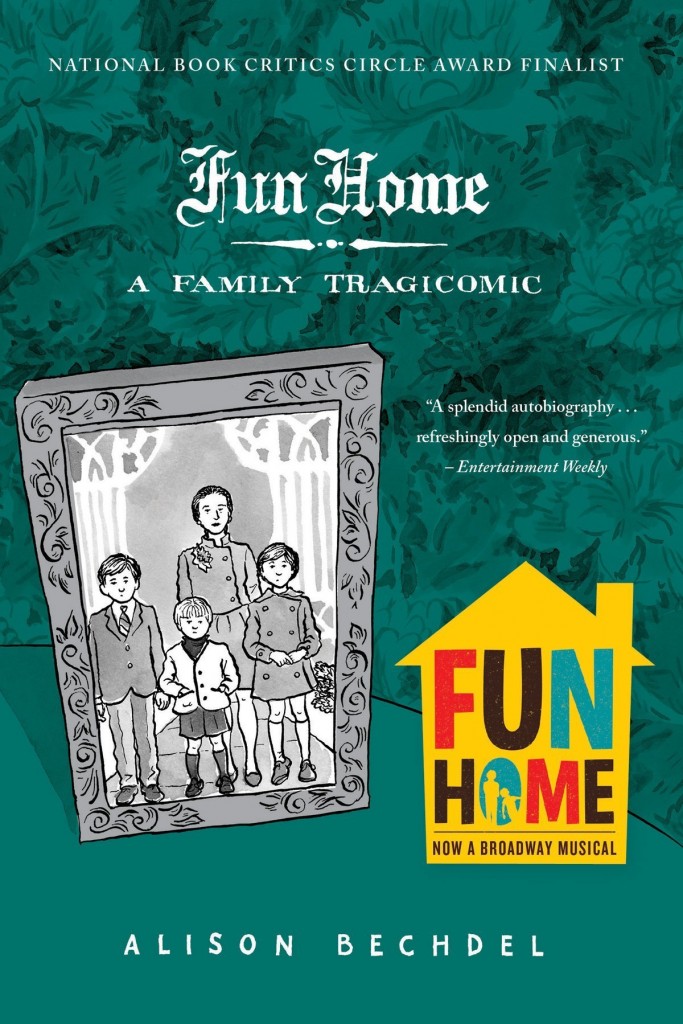 Two of CBLDF’s brightest victories this year both involve the game-changing graphic memoir Fun Home, and the state of New Jersey. Following 2018’s very public challenge to Fun Home in New Jersey, two more high schools quietly removed the comic from their library shelves without following proper policies. CBLDF and National Coalition Against Censorship went to bat immediately for the important memoir, and eventually the schools relented and returned it to the shelves.

Then, a lawsuit was brought against school district employees in Watchung Hills about the inclusion of Alison Bechdel’s Fun Home exactly a year after the graphic memoir had been retained in 2018, despite parental challenges to the comic. The lawsuit alleged if the graphic novel wasn’t removed, “minors will suffer irreparable harm and that New Jersey statutes will be violated.” The plaintiffs asked the judge to immediately remove the comic, but the judge denied the request saying, “if the plaintiffs were so concerned about the contents of Fun Home, this application could have been brought months- if not a year sooner.” Eventually the lawsuit was dismissed with prejudice, meaning the plaintiffs can not sue the district over this issue again. Another victory for Fun Home in New Jersey, but 2019 definitely demonstrated how censorship breeds censorship.

Get a copy for your library signed and personalized by Alison Bechdel & support future fights for free expression! 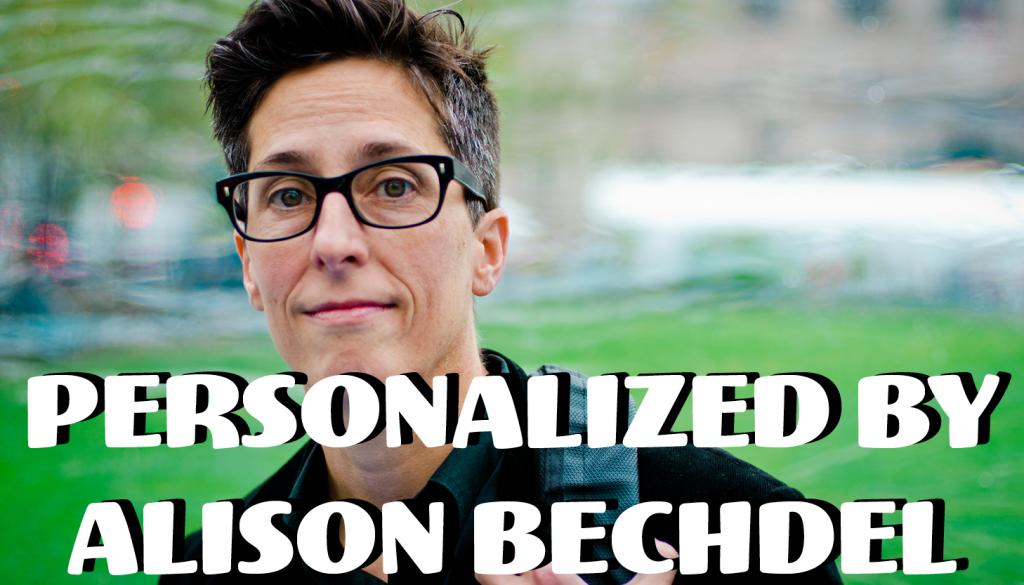 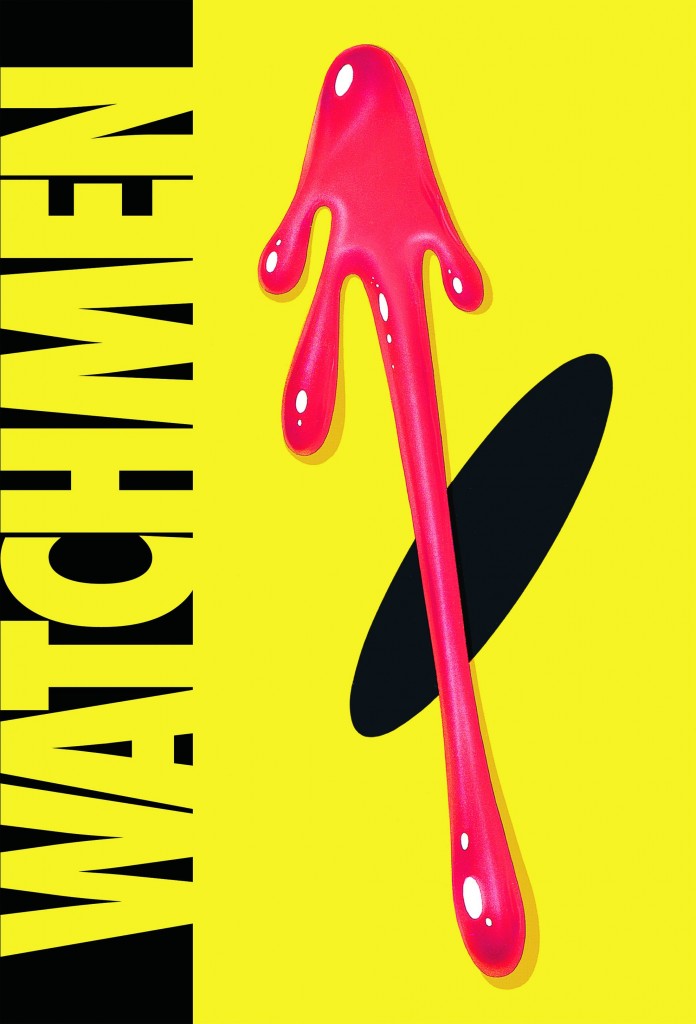 Earlier this year, Nonprofit Books to Prisoners (B2P) released a list on Twitter highlighting the vast illogical nightmare that was the Kansas Department of Corrections (KDOC) log of censored books. The list demonstrated that for decades KDOC has been infringing on the First Amendment rights of its inmates by arbitrarily limiting their access to the “marketplace of ideas.” Michelle Dillon, an organizer at Books to Prisoners tweeted the list, calling the list “unbelievable” and pointing to the fact that Kansas has 10,000 incarcerated individuals, and more than 7,000 books have been banned. Among them is Alan Moore and Dave Gibbons critical darling, Watchmen.

Alan Moore spoke about an earlier attempt to remove the graphic novel,

If parents are making the decisions that their children can or cannot read this sort of book in the home, that’s fair enough. The parents can take the consequences of that. It won’t necessarily stop the children reading it, but at least it’s a transaction between the child and the parent and it’s the parent taking responsibility for their children… I prefer to let my children read anything, but I want to know what they’re reading, and if there’s anything they come across which might be disturbing, then I’m always on hand to talk about it with them. Which, to me, seems to be the responsible attitude.” (Source: The Comics Journal #118)

Get a copy of Watchmen for your library signed and personalized by Dave Gibbons & support future fights for free expression! 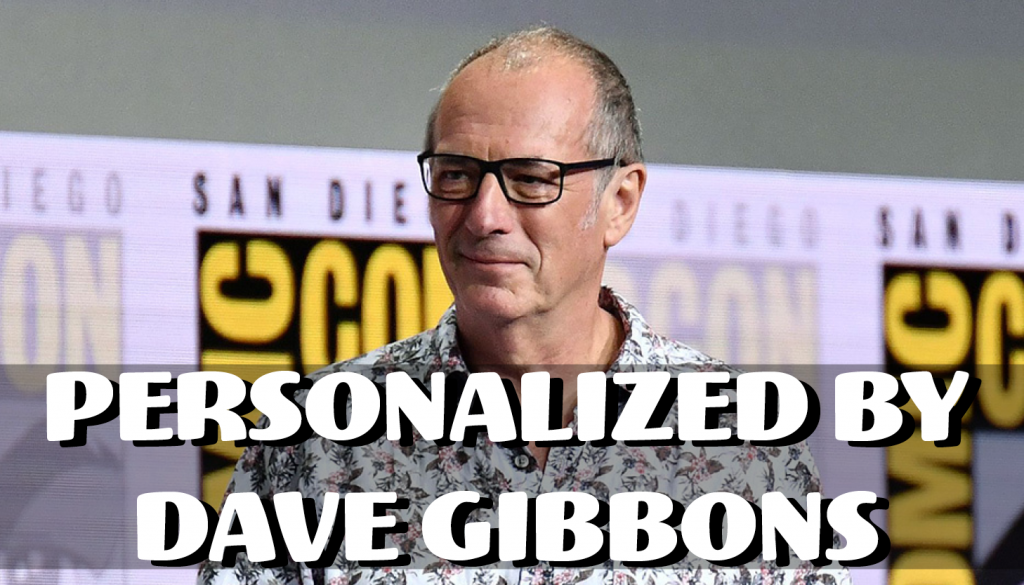 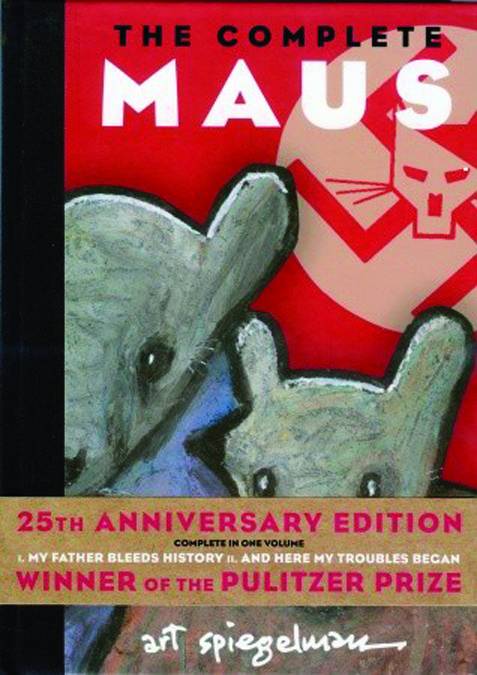 In 2017, Fun Home and Maus were both listed in a widely circulated piece advocating against comics in classrooms as they “advance political agendas.” This article came from a think tank and was published in a popular conservative paper, and press like this often effects teachers inclusion of comics in curriculum, causing a pervasive type of self-censorship that is almost impossible to combat.

Maus had popped up a couple years earlier in 2015, when, despite a lack of formal complaints, several major bookstore chains in Russia began pulling Maus off shelves and internet sites, because of the swastika on the cover. According to a then-recent law, all Nazi propaganda was forbidden from being displayed in retail shops, including on the cover of a book whose overall message is completely anti-Nazi. It came as a shock to many that the book would become the victim of a law designed to separate modern Russia from the history of Nazism inflicted upon the world during World War II. Art Spiegelman spoke out about the larger implications of these reactionary efforts to purge a portion of Russian history from the consumer marketplace:

I don’t think Maus was the intended target for this, obviously. But I think [the law] had an intentional effect of squelching freedom of expression in Russia. The whole goal seems to make anybody in the expression business skittish… A tip of the hat for Victory Day and a middle finger for trying to squelch expression.

Get a copy of Maus for your library signed and personalized by Art Spiegelman & support future fights for free expression! 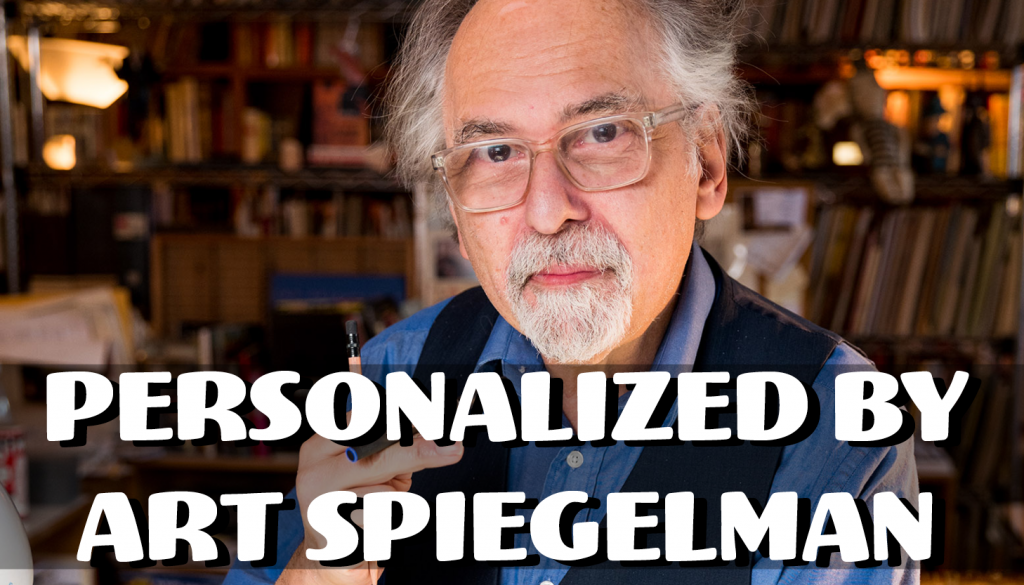 A look look back at some of the most important, contested works in the last decade. With 2020 quickly approaching, it’s natural to look back and wonder about the rise of graphic novel censorship. Before 2010, comics didn’t regularly appear on ALA’s Top 10 Frequently Banned and Challenged lists, mostly because they were used as often in academic settings. With their meteoric rise in popularity has come a myriad of challenges to a wide variety of titles. Still these 5 books are arguably some of the most important and frequently attacked. 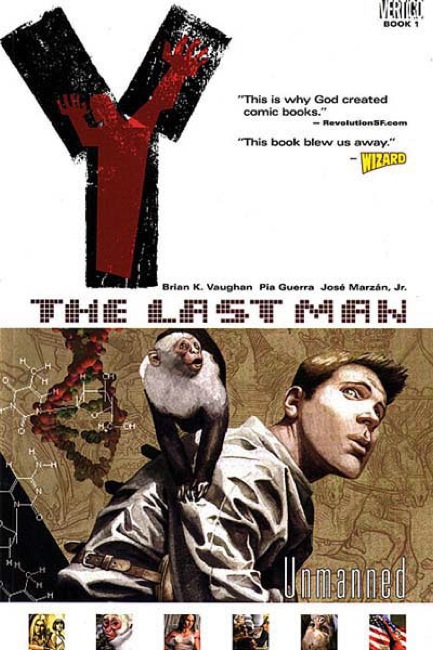 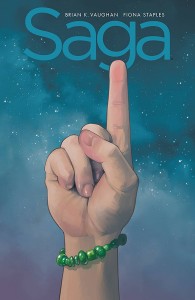 The previous year, marked Vaughan’s and Fiona Staples’ epic sci-fi adventure Saga’s first year on the ALA’s 2014 Top Ten List of Frequently Challenged Books. In 2012, Saga was released and it became immediately apparent that this comic was redefining genres and comics with each monthly installment. it’s over-arching themes of diversity, inclusion, family, and love resonated with new and veteran comics fans alike. With the immediate critical success it is o wonder it quickly became one of the most challenged comics in just two years.

Get a copy of Saga for your library signed and personalized by Brian K. Vaughan & support future fights for free expression! 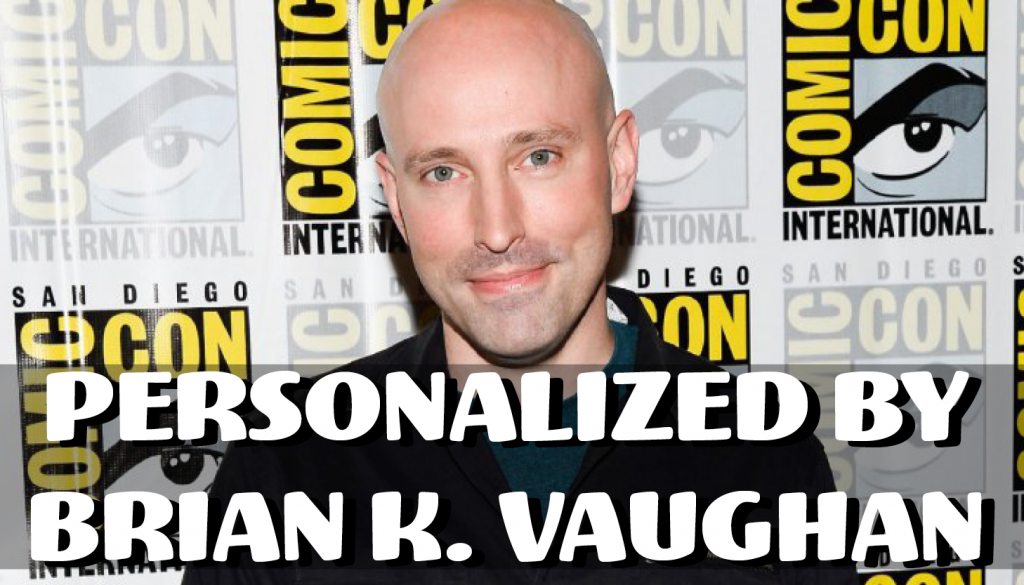 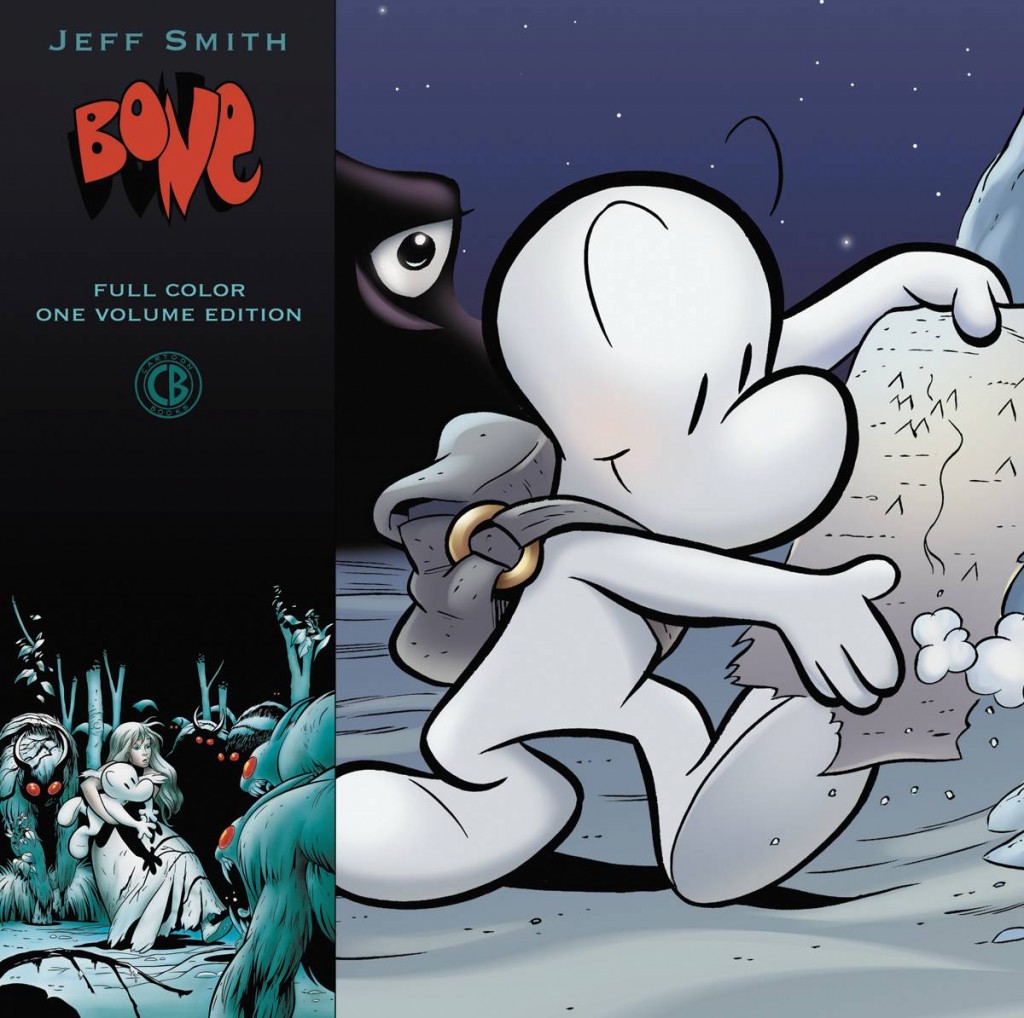 One of the first years a comic appeared on the American Library Association’s List of Most Frequently Banned and Challenged Books, in 2013, out of 307 challenges recorded by the Office for Intellectual Freedom, comics series Bone by Jeff Smith ranked 10th for political viewpoint, racism, violence. Smith responded to this by saying,

This wasn’t the first controversy Bone faced, In 2012 Bone was relocated from a Texas elementary school to a junior high school in the same district because of another “unsuited for age group” complaint. Finally in 2013 it was challenged twice more in Texas schools, at Colleyville Elementary School in Colleyville and Whitley Road Elementary in Watauga. In the latter case the unidentified complainant said that vol. 2, The Great Cow Race, was “politically, racially, or socially offensive,” while the parent in Colleyville complained of “violence or horror” in the entire series. Both school districts reviewed the books and opted to keep them where they were.

The year before in 2011, an anonymous submitter from a New Mexico school district told OIF that “a parent from an elementary school complained to a board member about [smoking and drinking in] book #4, The Dragonslayer, and the board member told administration about it.” The entire series was subsequently removed from all classrooms and libraries in the district with no oversight or review process. And In 2010, a Minnesota parent petitioned for the series’ removal from her son’s school library. Ramona DeLay’s son had just graduated the local DARE anti-drug program when she discovered images she believed to be promoting drinking and smoking in the comic her son was reading. A letter from Smith decrying the ban attempt was read aloud at the review committee’s hearing, and the challenge was ultimately rejected by a 10-1 vote, to the praise of Smith and CBLDF.

Get a copy of Bone for your library signed and personalized by Jeff Smith & support future fights for free expression! 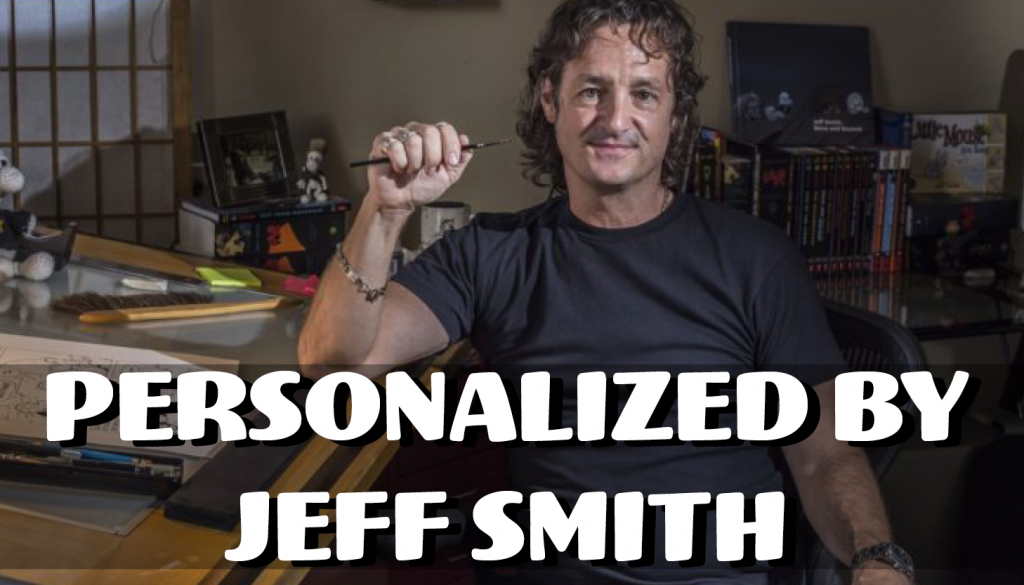 Celebrate and protect all comics by donating to this year’s Spirit of Giving! 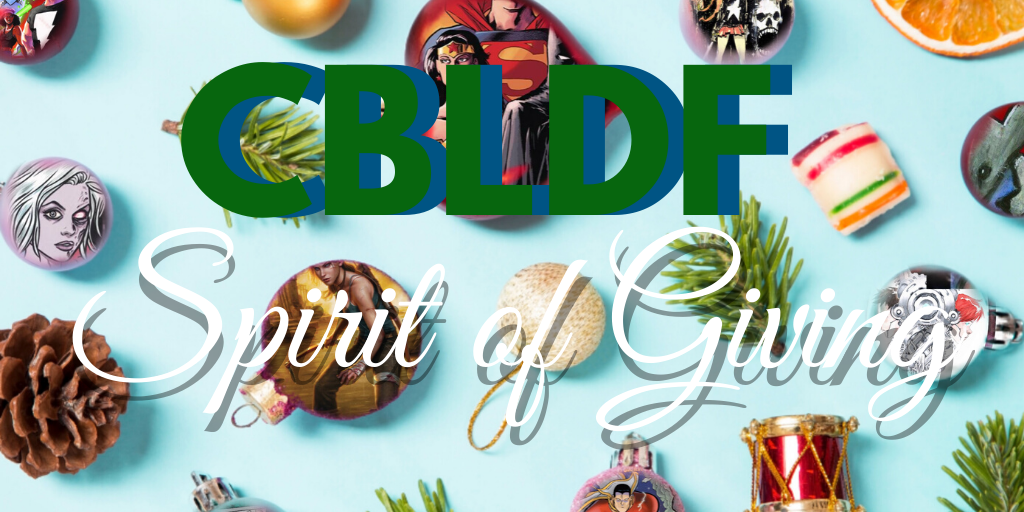