Monday, June 10, State Superior Court Judge Margaret Goodzeit granted dismissed the lawsuit against Watching Hills New Jersey School District for offering the award-winning graphic memoir Fun Home as a reading choice. Further, the suit dismissal itself reads: “Order denying injunction and dismissing complaint with prejudice for failure to state a claim.” Meaning that the plaintiffs can not re-litigate this lawsuit.

The lawsuit was brought against school district employees in Watchung Hills about the inclusion of Alison Bechdel’s Fun Home almost exactly a year after the memoir had been retained after parental challenges to the choice. The lawsuit alleged if the graphic novel wasn’t removed, “minors will suffer irreparable harm and that New Jersey statutes will be violated.” The plaintiffs asked the judge to immediately remove the comic, but the judge denied the request saying, “if the plaintiffs were so concerned about the contents of Fun Home, this application could have been brought months- if not a year sooner.”

Watchung Hills Regional High School Board of Education President, Peter Fallon, was one of the named defendants in the case. Fallon publicly responded to the suit with a statement saying, in part,

The lawsuit derived from plaintiff Emmett Gallic, who was a 17 year old senior the previous year that claims he was “required” to read Fun Home, and the lawsuit states that in forcing Gallic to read the comic, the Board of Education committed a crime. The plaintiffs’ complaint stated in part,

The plaintiffs’ complaint continues on that the statute provides that anyone who knowingly distributes obscene material to a minor is guilty of a crime in the third degree.  But, as Fallon pointed out, the plaintiffs share only subsection “a” of the criminal code. Immediately following it in subsection “b” the code states that to be obscene the material “emits sensuality sufficient, in terms of the duration and impact of the depiction, to appeal to prurient interest.”

In layman’s terms, it says that in order for obscenity laws to apply, the material in question must be designed to create lustful or lascivious thoughts and feelings. Fallon calls out that not only did the plaintiffs not allege the comic met that criteria, the expert the plaintiffs utilized, Director of the Reisman Institute at Liberty University School of Law, Judith Reisman, Ph.D, neglects to mention this criteria as well.

It seems clear that the New Jersey judge agreed that the plaintiffs did not meet the requisite items for the claims they made. CBLDF is proud to congratulate the Watchung Hills School District on this win. May the wisdom of the honorable Judge Goodzeit be a deterrent for future frivolous lawsuits aimed at censoring comics and inhibiting students’ intellectual freedom. 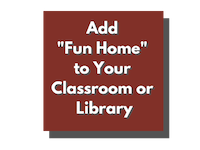 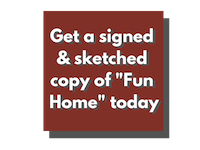