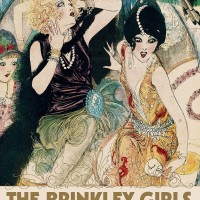 Comic-Con International announced the inductees into the Will Eisner Comic Awards Hall of Fame for 2020 will include pre-Code “Queen of Comics” Nell Brinkley and cartoonist/illustrator E. Simms Campbell (Esquire, Life, Judge, Playboy, and more). Brinkly is profiled in CBLDF Presents: She Changed Comics, and you can find out more about her life in the piece below, originally researched and written by CBLDF Contributing Editor Caitlin McCabe. Campbell and Brinkly will be automatically inducted at the Eisner Award ceremony this year, while the other 14 names Comic-Con released will be voted on to see which four names will be added to the prestigious home. Alison Bechdel, Howard Cruse, Moto Hagio, Don Heck, Jeffrey Catherine Jones, Francoise Mouly, Keiji Nakazawa, Thomas Nast, Lily Renée Peter Phillips, Stan Sakai, Louise Simonson, Don and Maggie Thompson, James Warren, and Bill Watterson. Learn more about the process at http://www.comic-con.org/awards/eisner-awards-current-info 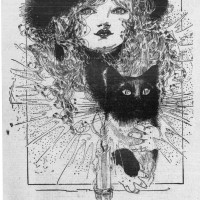 Nell Brinkley, often credited as the “Queen of Comics” during her time, was not only one of the pioneering women at the turn of the century who helped shape the fledgling comics industry itself with her innovative and unique style, but with her fresh, young voice she would also usher in a new era for women both on and off the page to openly and freely express themselves.

Born in Denver in 1886, Nell Brinkley had a professional career that spanned almost four decades and included illustration work in some of the most popular publications of the time including the Evening Journal, Harper’s Magazine, and The American Weekly. She was also the creator of original comic strips like The Fortunes of Flossie, Romances of Gloriette, and The Adventures of Prudence Prim that depicted the fantastic one-page adventures of several women protagonists. In a time when women illustrators were few and far between, Brinkley time and time again created works and characters that spoke to and fueled an American public growing into its new century. 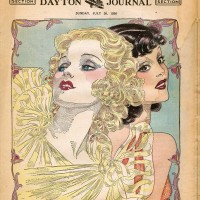 It was her most iconic and lasting creation, the “Brinkley Girl,” though, with her bouncy curls, organic disposition, and careless, whimsical air that would inspire generations of young women and comics creators for years to come. Along with becoming a national symbol synonymous with the Roaring ‘20s, the “Brinkley Girl” would also become an icon that would incite nation-wide controversy from New York to Los Angeles. 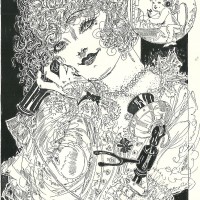 What made Brinkley such a unique and contentious figure in the early 1900s was her strong sense of ambition, style, and class that imbued her works. At the age of twenty, Brinkley represented a voice that spoke of the possibilities of freedom for women both on the editorial page and in society at large. In a time when the women’s suffrage movement was in full force, Brinkley’s work instilled women with a sense of pride and confidence in themselves. It would be this sense of mystique, confidence, and pose infused throughout all of Brinkley’s works that future comics creators like Dale Messick, the creator of the popular 1940s comic Brenda Starr, and Marie Severin of EC Comics would pick up on and use as inspiration for their own works.

In a time when people critiqued the strange and atypical characters that she was creating—what we would recognize and celebrate as strong female characters today—Brinkley kept on creating, seemingly unfazed by the controversy. Furthermore, even if one person wrote a letter to their local paper asking if there was “any good reason why a woman’s head should be portrayed as weather-beaten moss instead of human hair,” others defended and immortalized Brinkley’s influence by publishing tributes to the creator:

The sweetest, neetest, fleetest maid—the leader in her class,
Give me the stylish, smilish, wilish, dashing Brinkley Lass.
These contemporary plaudits testify to the influence and impact that Brinkley held for women creators and women citizens.