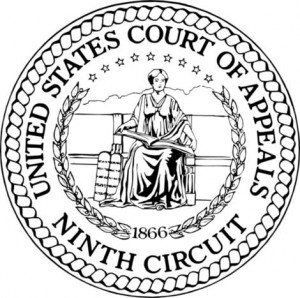 Due to concerns over national security, government agents at the United States border have traditionally had greater leeway in regards to an individual’s Fourth Amendment rights, but recently there have been growing concerns that such leeway has been stretched to untenable lengths. A March 8 ruling by the United States Court of Appeals for the Ninth Circuit attempts to reign in that leeway and strengthens our Fourth Amendment rights in specific regards to our electronic devices.

In their opinion, the Ninth Circuit argued that the Fourth Amendment’s guarantee of protection for an individual’s “papers” extended to the documents we create and keep on electronic devices:

While technology may have changed the expectation of privacy to some degree, it has not eviscerated it, and certainly not with respect to the gigabytes of data regularly maintained as private and confidential on digital devices. Our Founders were indeed prescient in specifically incorporating “papers” within the Fourth Amendment’s guarantee of “[t]he right of the people to be secure in their persons, houses, papers, and effects.” U.S. Const. amend. IV. The papers we create and maintain not only in physical but also in digital form reflect our most private thoughts and activities.

Specifically, the court’s ruling means that “Homeland Security’s border agents must demonstrate reasonable suspicion of wrongdoing before conducting forensic analysis of laptop computers and electronic devices.” Judge M. Margaret McKeown determined that “laptop computers, iPads and the like are simultaneously offices and personal diaries. They contain the most intimate details of our lives. A person’s digital life ought not be hijacked simply by crossing a border.”

It is important to note that the court’s decision does not completely negate the leeway granted to border agents. Noting that “the broad contours of the scope of searches at our international borders are rooted in ‘the long-standing right of the sovereign to protect itself by stopping and examining persons and property crossing into this country’ (United States v. Ramsey, 431 U.S. at 616.), the court recognizes that “border searches form ‘a narrow exception to the Fourth Amendment prohibition against warrantless searches without probable cause’” (United States v. Seljan, 547 F.3d at 999).

The leeway at the border is not, as the court reiterates from an earlier decision, a place where “anything goes” (Seljan, 547 F.3d at 1000), but merely a place where the interests of the nation are given greater consideration when contrasted with an individual’s right than they are in the nation’s interior. “The touchstone,” the court argues, “is reasonableness.”

The court takes the idea of “reasonableness” and applies it not just to the search, but to the act of traveling and the decisions a traveler can reasonably be expected to make, and the unreasonable decisions the government cannot ask them to perform. Speaking specifically of electronic devices, the court argues:

Electronic devices often retain sensitive and confidential information far beyond the perceived point of erasure, notably in the form of browsing histories and records of deleted files. This quality makes it impractical, if not impossible, for individuals to make meaningful decisions regarding what digital content to expose to the scrutiny that accompanies international travel. A person’s digital life ought not be hijacked simply by crossing a border. When
packing traditional luggage, one is accustomed to deciding what papers to take and what to leave behind. When carrying
a laptop, tablet or other device, however, removing files unnecessary to an impending trip is an impractical solution
given the volume and often intermingled nature of the files. It is also a time-consuming task that may not even effectively erase the files.

CBLDF has been concerned with border searches, particularly in the wake of R. v. Matheson, which saw the attempted prosecution of an American citizen by Canadian authorities for the comics on his laptop; the seizure of books by creators Tom Neely and Dylan Williams at the Canadian border; and with cases such as Abidor v. Napolitano and House v. Napolitano catching national attention. CBLDF even released an advisory about crossing borders with comics, which you can download here. The court’s decision takes a positive step in strengthening Fourth Amendment rights at the United States’ borders. While it does not eliminate the border’s “leeway” exemptions, it does take a step in extending the same rights citizens experience in the country’s interior to its outermost rim.