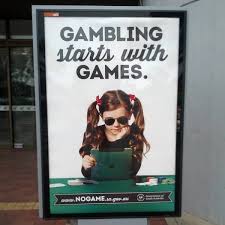 In December, the International Game Developers Association (IGDA) joined the Interactive Games and Entertainment Association (IGEA) in order to help combat the anti-game propaganda that was being spread by the billboards. When the government announced that they would be removing these billboards, South Australian Premier Jay Weatherill did acknowledged that the campaign contradicted research that had been performed on the topic. With this win under its belt, the IGDA issued this statement calling for the end of video game censorship. It states in part:

Video game censorship hits close to home with the CBLDF because of how closely it mirrors the attacks on the comic book industry in the 1950s. Despite groundbreaking decisions like Brown v. EMA, which awarded First Amendment protection to video games and cited CBLDF’s amicus brief detailing the similarities between attacks on video games and comics books, video games are still being attacked. They have both been blamed for corrupting youth and being the cause for violence and practically everything else under the sun. As an article from CBLDF’s resident comics censorship historian Joe Sergi highlights, Australia has a particularly extreme history of censorship as a result of one bad seed in the comic industry. This was a big victory for free speech for Australia, but there is still a battle ahead to maintain the free expression rights of video games.