Last weekend, the Comic Book Legal Defense Fund was thrilled to participate in the ComicsPRO Annual Meeting in Atlanta, Georgia where we made announcements about our 2014 program work and revealed the editor of this year’s Liberty Annual! ComicsPRO continues to be the most important ongoing advocate for comics retailers, and we are always appreciative that they continue a 25-year tradition of support for CBLDF.

This meeting also plays host to our annual ComicsPRO Auction, and that tradition continued this year, sponsored by Dynamite Entertainment and hosted by IDW’s VP of Marketing, Dirk Wood.

This auction continues to be a great example of how the direct market supports the Fund’s work — 2013 was a highwater year for retail participation in the Fund, with more than 300 stores joining as Retail Members. Retail membership alone raised close to $65,000 and provided support for other important projects, like CBLDF Retailer Member exclusives. The CBLDF Liberty Annual (created by our friends at Image Comics) brings financial support from retailers to more than $100,000.

Since the Fund started in 1986, comic shops have been a core component of CBLDF’s fundraising. It is a testament to the spirit of the comics community that independently owned stores can come together to raise record-breaking  amounts, year after year.

That said, the CBLDF had a few announcements prepared for the meeting:

• In 2013, the first comics retailers joined CBLDF as Corporate Members, with TFAW and DCBS paving the way for many more retailers to come.

• For the first time ever, CBLDF will be participating directly in Free Comic Book Day, publishing special editions of Raising a Reader! How Comics & Graphic Novels Can Help Your Kids Love To Read!, a tool to help parents and educators use comics,  and Defend Comics, which reveals the history of comics censorship. Both books are a great way to engage customers with our valuable mission in defense of the right to read. Retail support for this project exceeded expectations. Thanks to retailer support, we’ll be publishing more than 100,000 copies of these two books, providing a great educational service to the community. We couldn’t be happier to be involved in the biggest day of the year for comic books, and thanks to everyone who ordered these comics in support of our important efforts!

• Going back to our roots in the comics retailer community, we are currently working on a new infographic about what to do in a First Amendment Emergency. Stores can post the poster in staff areas to help new and experienced staffers understand how to respond to situations like police visits, media visits, and risky interactions. We’re writing the guide now and welcome suggestions for content. 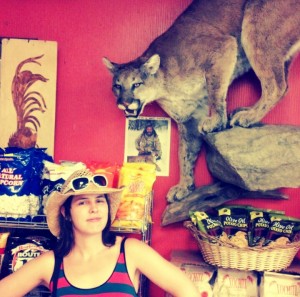 • There’s a lot of great work coming on our fundraising side in 2014. Right now, we’re excited to announce that the 2014 CBLDF Liberty Annual will be edited by former Marvel Editor Lauren Sankovitch. A self-professed connoisseur of fine storytelling since childhood, Lauren Sankovitch has been editing comics for Marvel since 2007. A few favorites include Young Avengers, Taskmaster, Journey Into Mystery, Thor: God of Tunder, Strange, Winter Soldier, Secret Warriors, Captain American, Girl Comics, and the forthcoming Loki: Agent of Asgard. The Fund is excited to add Lauren’s vision for this anthology to the impressive roster of guest editors. CBLDF Liberty Annual is a fundraising project that has been going strong since 2007 and has featured work from comics’ greatest talents.

The Comic Book Legal Defense Fund always appreciates our retail supporters, and our ongoing cooperation with ComicsPRO. It is an organization that, like the CBLDF, seeks to make the industry and the art form better for everyone involved. Support from the retail community is one of the fundamental reasons the Fund remains vital.

Thanks again to ComicsPRO, to Dynamite Entertainment, to Dirk Wood, and to everyone who donated items for the auction, guest auctioneered, and bid on items!