The CBLDF office staff is back from a multi-show stint on the road, and we have returned with comics. But not just any comics. Namely, comics with exclusive, awesome, variant covers, just for YOU, the esteemed CBLDF donor!

Many of these comics SOLD OUT of their first printings, so this is a good opportunity to not only get a spectacular rare variant cover, but they’re also a first printing of some of this year’s most popular new books, You can add these variants to your collection and support the freedom the read! 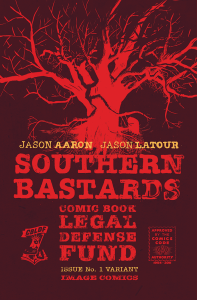 Southern Bastards #1: Welcome to Craw County, Alabama, home of Boss BBQ, the state champion Runnin’ Rebs football team, and more bastards than you’ve ever seen. When you’re an angry old man like Earl Tubb, the only way to survive a place like this is to carry a really big stick. From the acclaimed team of JASON AARON and JASON LATOUR, the same bastards who brought you Scalped and Wolverine: Japan’s Most Wanted, comes a southern fried crime series that’s like the Dukes of Hazzard meets the Coen Brothers…on meth. (This one gets the two dirty-with-limestone-and-red-clay thumbs up from Deputy Director Alex Cox, native of the Deep South.) Get yours! 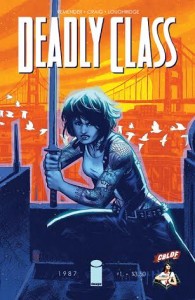 Deadly Class #1: Join writer RICK REMENDER with rising star WESLEY CRAIG (Batman) and legendary colorist LEE LOUGHRIDGE (Fear Agent) to reminisce about the mid-1980s underground through the eyes of the most damaged and dangerous teenagers on Earth. Get your copy now! 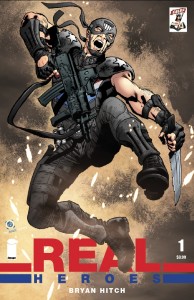 Real Heroes #1: From Bryan Hitch! They are the six most famous actors in the world and together they play The Olympians, the biggest superhero movie franchise in history. Would you ask them to save the world? They may be our only hope. Get it here! 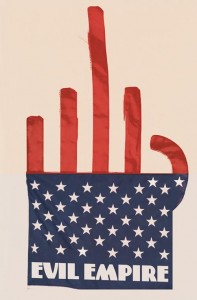 Evil Empire #1: Join Max Bemis and Ransom Getty for this dystopian journey. Told through the perspective of an underground rapper named Reese, Max Bemis’ gripping story explores a scenario in which we watch our modern society gradually evolve (or is it devolve?) into an evil empire. Pick up a copy today! 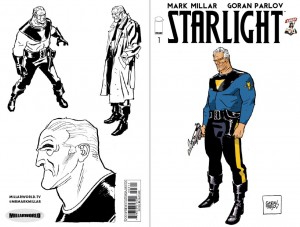 Starlight #1: From Mark Millar and Goran Parlov. Forty years ago, Duke McQueen was the space hero who saved the universe. But then he came back home, got married, had kids, and grew old. Now his children have left and his wife has passed away, leaving him alone with nothing except his memories…until a call comes from a distant world asking him back for his final and greatest adventure. This issue launches the much-anticipated Millarworld Universe. Get in on the start of something MASSIVE! Get a copy now!

We need your help to keep fighting for the right to read! Help support CBLDF’s important First Amendment work by picking up any of these amazing variants, making a donation, or becoming a member of CBLDF!