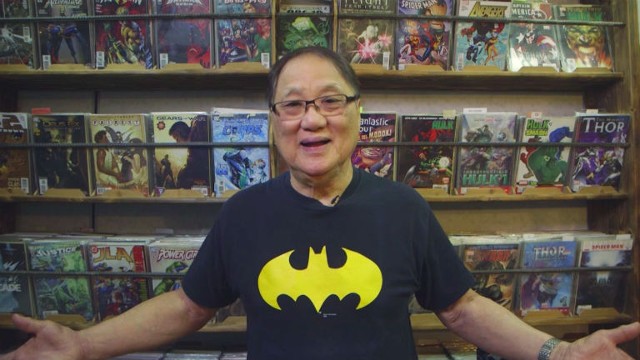 Bill Teoh, the 80-year-old owner of one of the few comic book stores in Singapore, took an unlikely path to that business. Before opening Comics World in 1987, Teoh was a police inspector on the censorship board that reviewed and often banned comics imported into the city-state. In a recent video from Singapore-based Channel NewsAsia, Teoh talks about the ironic contrast between his past and present careers, as well as his devotion to the comics medium which keeps him in the trade despite rising costs.

Teoh was appointed as a police inspector in 1952 at 19 years of age and was soon assigned to domestic intelligence services because he spoke three languages. While serving in that agency he was named to a new censorship committee charged with the inspection of certain imported publications including comics. Teoh and his fellow committee members also drew up rules that survive today as the Content Guidelines for Imported Publications–the basis for the recent ban on Archie: The Married Life 3 throughout Singapore. In the news video, he ruefully acknowledges that the rules he wrote sometimes come back to haunt him today: “There were times I would argue with [censors], say ‘Hey man, this is OK, what’s wrong with this?’ And they would say, ‘Mr. Teoh, would you like to see your own rules?’”

Channel NewsAsia neglects to mention the Archie ban, but Teoh left no doubt as to his stance on the issue in an earlier story from Singapore’s The Independent. “It is…stupid,” he told the newspaper. “I am so angry. We are trying to teach our children to be accepting. If you withdraw this, what message are we sending to our kids?”

Teoh works seven days a week but says in the video that he doesn’t mind because he loves comics so much. In fact, he believes that’s the key to success in his business:

You must have passion for comics. If you’re just opening to try and make money like a business, I don’t think you’ll ever succeed. It’s not like selling clothes or selling shoes. You’ve got to be passionate about your product.

Check out the full five-minute segment from Channel NewsAsia’s show It Figures below!