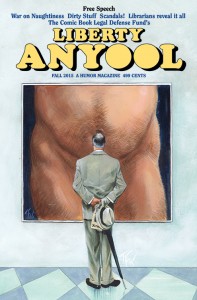 The CBLDF Liberty Annual 2015, published by Image Comics, is coming to local comic shops near you this October, and to celebrate great satire and what it means to truly embrace free speech, Bleeding Cool gives us a first look at editor D.A. Cox’s inspiration behind this year’s collection: National Lampoon.

If you were to ask me to name the greatest human achievements in printing since Gutenberg, I would have a pretty easy time naming a top three. In no particular order, I would give you the works of Charles Portis, Jack Kirby’s KAMANDI, and the first five years of NATIONAL LAMPOON.

National Lampoon magazine is without a doubt one of the most influential modern American publications. Since its initial publication in the late 1960s, the magazine has not only led the way in shaping contemporary perceptions of satire and what satire could do and say about the world we live in, but with its unique approach to presenting word and image in a raw and unfiltered way, it cultivated a whole readership that began to approach social issues in a little more critical, more unabashed, and straightforward manner:

With talents ranging from art spiegelman to Derek Charm, the anthology will collect “literary parodies, heartfelt remembrances, and a few stories that are just plain silly.” But amidst the lightheartedness, it will also take on more challenging topics like “Satanism, prostitution, pornography, war, awkward sex, gratuitous violence, and all the other things that aren’t typical fodder for punchlines” — subjects that will get people thinking, talking, and celebrating our right to free speech as the National Lampoon taught us to do years ago:

That’s a long and winding road back to this: Satire can be harsh, and it can be offensive. There’s nothing wrong with that. When done well, it’s a great teacher, and it can change the world. When done poorly, it can (at the very least) start a conversation about important issues. Sometimes it’s just a stupid way to have a stupid laugh at a stupid world, and that’s okay, too. Satire is one of the great literary tools, and the first five years of NATIONAL LAMPOON were a game-changing stretch of satire. I love it dearly.

So we ripped it off.

National Lampoon stood behind its editorial and creative staff regardless of criticism. It wasn’t afraid to depict the taboo and politically incorrect. And for that, it represented freedom of expression in its purest form. National Lampoon is the inspiration behind the 2015 CBLDF Liberty Annual and with that said, what an utterly fantastic (and perhaps slightly offensive) collection this will be!

Read Cox’s full editorial piece here and don’t forget to pre-order your copy at your local comic shop by September 14, 2015! 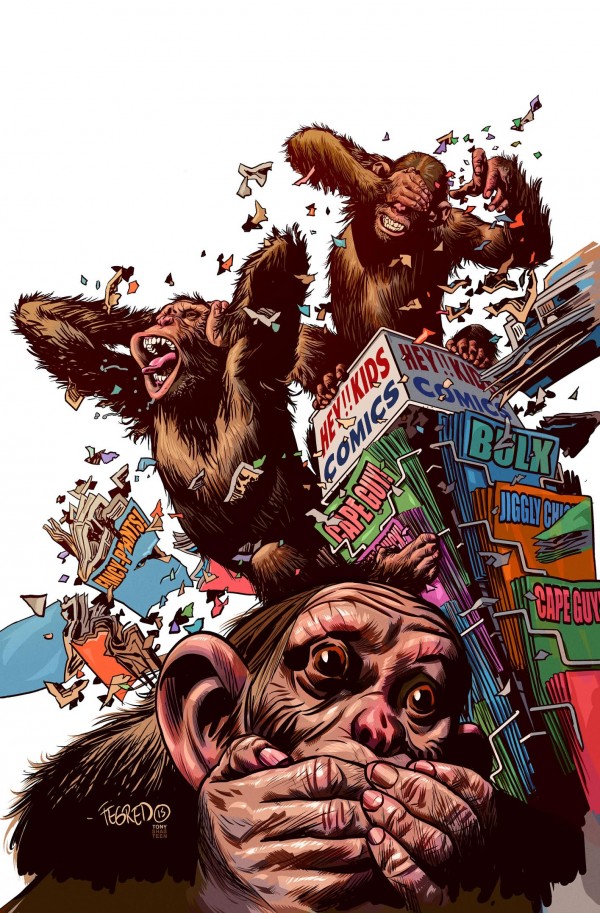