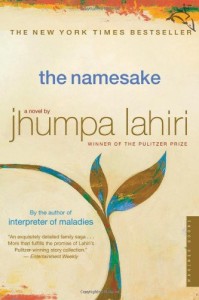 In a victory for the freedom to read, the school board in Coeur d’Alene, Idaho, has voted 5-0 to adopt a proposed curriculum that includes Jhumpa Lahiri’s The Namesake.

High school teacher Kirsten Pomerantz had requested approval to use Lahiri’s award-winning novel about the immigration experience of an Indian-American family in the curriculum, citing a need for more contemporary American writing in 12th grade coursework, but the district’s Ad Hoc Literature Committee voted 4-2 against it due to “‘explicit’ sex scenes that they say are ‘too graphic for whole group instruction.’” Earlier this year, the same committee also voted to restrict John Steinbeck’s Of Mice and Men in 9th grade classrooms, in part because it contained “too darn much cussing.” After a local public outcry and communications from free speech advocates including CBLDF, the school board overruled the committee’s decision regarding Steinbeck’s classic.

Fortunately, the school board made the same decision in this case, voting unanimously to overrule the Ad Hoc committee and to approve The Namesake for classrooms. As with Of Mice and Men, CBLDF joined Kids’ Right to Read Project to endorse the book and to remind the school board that they have “a constitutional duty not to suppress unpopular, controversial, or ‘objectionable’ ideas.” We applaud the school board for remembering their constitutional and educational obligations in reversing the review committee’s decision!