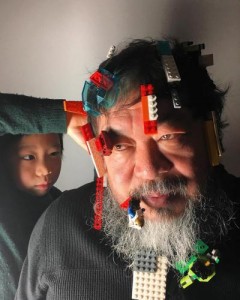 Months after news broke that LEGO Group refused to fulfill a bulk order for Ai Weiwei’s current exhibit at Australia’s National Gallery of Victoria, the company reversed course this week and announced that it no longer vets customers’ intentions for bulk orders.

A statement on the company’s website explained the reasoning behind the old policy was that the “purpose of the LEGO Group is to inspire children through creative play, not to actively support or endorse specific agendas of individuals or organizations,” but went on to acknowledge that the “guidelines could result in misunderstandings or be perceived as inconsistent.” Although the statement does not mention Ai by name, there can be little doubt that the change was spurred by the artist’s contention that LEGO’s reticence in his case was an attempt to avoid angering the Chinese government, which is no fan of his work. LEGO bricks are already sold in China, and the company has a factory slated to open there next year.

Ai celebrated the policy reversal with several Instagram posts last week. In an interview with the New York Times, he said that “when it comes to artists and freedom of expression, it’s a continual effort. Even though Lego is a big company that moves slowly, I’m glad they made this decision in the end.” He has no quibble with the company’s stipulation that artists displaying LEGO works include a disclaimer that “the LEGO Group does not support or endorse the specific projects,” and says he will not hesitate to place more bulk orders in the future.

Ai’s current project using another brand of plastic bricks, as well as LEGO donated by fans at collection points around the world, can be viewed in the NGV’s Andy Warhol | Ai Weiwei exhibit through April 24. The show will then travel to Pittsburgh for a three-month exhibit at the Andy Warhol Museum opening June 4.