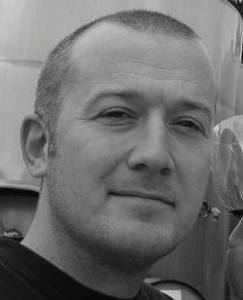 Sure, everyone is eagerly awaiting the debut of the TV adaptation of Garth Ennis’s seminal Vertigo comic, Preacher, on AMC (full disclosure: we’re pretty excited ourselves), but Ennis has a long history of boundary-pushing work in comics. He’s never been one to stifle his creative output, producing some of the most entertaining and subversively complex work in the medium.

This week, Dynamite Comics and Humble Bundle have joined forces to put some of Ennis’s most essential and powerful work into a pay-what-you-want digital bundle that benefits CBLDF. Ennis has been a long-time supporter of our work defending the free expression rights of the comics community, and he took a few minutes to answer a few of our questions about comics and censorship.

CBLDF: You’ve written comics in several genres – sci-fi, horror, war, superhero. Which genre do you like best and why?

Ennis: War, by far. Because of its basis in reality — which, I think, has a power that renders fantasy almost irrelevant. There’s more drama than in any other genre to begin with, but knowing that the stories are based on things that actually happened, which people actually did and that had an actual effect on our world, is something I find endlessly fascinating.

CBLDF: What are some ways in which some of your characters would respond to the current political climate around the world?

Ennis: Tommy Monaghan would have another beer. Jesse Custer would curse losing the Word of God at the end of his story. Kev Hawkins would pat his tiger and hope none of it would impact on him in any way whatsoever. Rover, Red and Charlie would claim to be dogs. Billy Butcher would laugh quietly to himself as he watched the international cauldron bubble — and start planning. 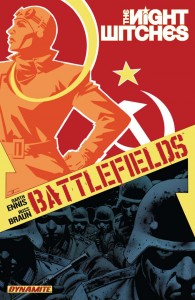 CBLDF: The Humble Comics Bundle: Garth Ennis presented by Dynamite includes several volumes of your Battlefields series, which is set during World War II. If you were to write a comic book about contemporary warfare, in what ways would it differ from books set during earlier wars?

Ennis: Probably in technological terms as much as anything else. And, of course, there’d be a lot more low-intensity warfare, featuring terrorism and counterinsurgency rather than the huge battlefield confrontations of the past.

CBLDF: Based on your body of work, you have no problem writing a story that courts controversy. That said, have there been any situations in which your work was censored or you felt the need to self-censor? How did you respond?

Ennis: Almost everything is controversial these days; the word is flung around willy-nilly to the point that it’s almost lost all meaning. Personally, whenever I hear it mentioned I prepare myself for a nice, relaxing snooze. My own attitude is that I write each story the way that feels appropriate to me and let the chips fall where they may.

Since I began working for independent comics about ten years ago I’ve never had to worry about censorship, and even on my recent work for DC and Marvel I’ve been surprised at how much has gotten through. What doesn’t is usually for reasons more bizarre or even amusing than anything else — for instance, in Section Eight #1 there was a panel in which a tormented Batman claims not to be a racist, accompanied by art from the old Death in the Family storyline. Originally, John McCrea and I wanted to use the cover to Dark Knight Returns #2, where Batman looks so tense he’s ready to snap in half. But this was nixed, because — we found out later — Frank Miller was about to sign the contract for Dark Knight III and they didn’t want to piss him off. 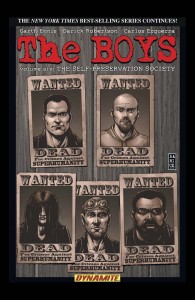 CBLDF: A few years ago, a comics fan living in Qatar ran afoul of the country’s censors when she tried to import copies of The Boys. How does it feel to draw the ire of a sovereign nation’s censorship board?

Hardly surprising under the circs, but I do hope nothing awful happened to the lady in question. [The worst thing that happened was that she didn’t get her books. Despite her understandable annoyance with a censorious regime, she managed to find humor in the story. More here. ED]

CBLDF: You’ve been a long-time supporter of CBLDF. Why is protecting free speech important to you?

Ennis: I’ve always assumed that one day I’d drop myself in the shit, so helping the CBLDF stick around has always just seemed like sensible self-preservation.

Please help support CBLDF’s fight for the right to read by visiting the Humble Bundle website to pick up Humble Comics Bundle: Garth Ennis Presented by Dynamite! Pay what you want for more than 130 Garth Ennis comics! www.humblebundle.com/books/garth-ennis-dynamite-bundle