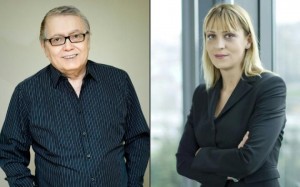 Two Turkish journalists were sentenced to two years in prison last week for republishing the post-attack Charlie Hebdo cover that depicted the Prophet Mohammed. Hikmet Cetinkaya and Ceyda Karan, both columnists for the Turkish opposition newspaper Cumhuriyet, are appealing their sentences and remain free in the interim.

Cetinkaya and Karan both had columns included in a special insert in Cumhuriyet following the January 2015 Paris attack that resulted in the death of 12 people. The Turkish paper was raided by police as the special issue was being loaded onto distribution trucks, but was eventually allowed to circulate after a 40-minute delay. It was reported at the time that authorities found no cartoons of Mohammed in the special issue, but recent coverage says that Cetinkaya and Karan’s columns were illustrated with the post-attack cover which showed the Prophet weeping under the headline “All is Forgiven.”

The two journalists were the target of a criminal complaint filed by 1,280 fellow citizens, including President Recep Tayyip Erdoğan and several members of his family. They were acquitted of “insulting religious values,” but convicted of “openly encouraging hate and enmity among people via the press.”

The case is only the latest in the Turkish government’s string of increasingly ominous crackdowns on free expression within the country and even abroad. In just the past few months, authorities have prosecuted a Turkish comedian for a satirical tweet, seized control of the opposition newspaper Zaman, arrested a Dutch journalist working in Turkey after she called Erdoğan a “megalomaniac dictator,” and pushed for Germany to prosecute a comedian within its own borders after he read an off-color poem about Erdoğan on a TV sketch show. Cumhuriyet’s editor-in-chief and Ankara bureau chief are currently on trial behind closed doors for allegedly revealing state secrets. Both could face multiple life sentences if convicted.

During her joint trial with Cetinkaya, Karan warned that even if their viewpoint is in the minority, government repression surely would not stop with their prosecution:

No one has to share our opinion. But if senior political officials – who are liable to exert an influence over society and who are supposed to remain neutral vis-à-vis the different communities – provoke violence, murder and lynching, this means that everyone is in danger. If not today, then tomorrow.

← 3,500 People Support Nation-Wide Reading of I Am Jazz
VICTORY in Kentucky: Looking for Alaska Stays in Curriculum →