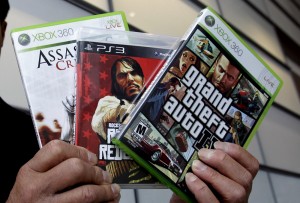 Five years ago this month, the Supreme Court decided in Brown v. EMA that a California law banning the sale of violent video games to minors was unconstitutional. Like every relatively new medium before them — comics in the 1950s, film in the 1930s — video games are still in the midst of an emergence period where much of society, including a good number of lawmakers, do not consider them to be artistic expression worthy of First Amendment protection. The fact remains, of course, that they are — and this tension re-emerges all too often in American society, particularly in the wake of mass shootings when video games become an easy scapegoat.

The case that would come to be known as Brown v. EMA began in 2005, when the California legislature passed a law that defined violent video games as those that permit a player to kill, maim, dismember, or sexually assault a human being. The state argued that such violent depictions could be compared to obscenity, and that it could ban games that a reasonable person would find, as a whole, appeal to “a deviant or morbid interest of minors.”

The bill was authored by state senator Leland Yee, a child psychologist who firmly believed that a link could be drawn between video games and violent behavior. CBLDF filed an amicus brief in the case, pointing out the strong parallels to the crusade against comics led by Dr. Fredric Wertham and observing that the law was inconsistent with our constitutional traditions. Ultimately, the Court traced the history of censorship that targeted various media directed toward the young and held that restricting depictions of violence could not be justified under established principles of First Amendment law. CBLDF’s amicus was cited in the majority opinion for the decision.

In a column at Huffington Post this week, Stetson University psychology professor Christopher J. Ferguson took a look at how the conversation around video games has evolved since Brown v. EMA. For one thing, he said, more researchers in his field and more members of the press have begun to cast a critical eye on studies that claimed to show a link between video games and violence:

Since the Brown v EMA decision, it has become clear that there are serious methodological problems in the field, as well as problems of publication bias and, ironically, a certain degree of aggressiveness by some scholars in promoting a rigid and moralistic view of video game effects (for example, one group of scholars smeared anyone who disagrees with them by comparing them to holocaust deniers). Other research has found that, far from being supported by a majority, there is considerable disagreement both in the general public and among scholars about whether violent games are a problem for society. Much of this disagreement, predictably, falls along age and generational lines (i.e. old people don’t trust video games). Even among scholars and clinicians.

Nevertheless, some politicians and others persist with a flippant attitude towards video game censorship or regulation: ultimately, they ask, what’s the harm in censoring something that might cause violent behavior? On its face, this argument is already alarmingly dismissive of First Amendment protections — but Ferguson points out the regulation of content deemed violent surely would not stop with video games:

[O]pening the door to video games being regulated/censored will inevitably spread to other media. One of the leading anti-game scholars has published other work suggesting that reading passages from the Bible describing violence increases aggressive behavior in much the same manner this scholar claims violent games do. So should we have warning labels on religious texts such as the Bible or Ramayana? Do we restrict the sale of these “violent” texts from minors? Does this eventually lend support to fringe calls to censor sacred texts?

The last major wave of moral panic over video games came after the horrific mass shooting in Newtown, Connecticut. Shooter Adam Lanza was indeed a gamer — as are a whopping 77% of American men between 18 and 29. But as Ferguson points out, “an 11-month investigation would reveal that Lanza was more a fan of Dance Dance Revolution than he was of violent games.” Given that statistic, it’s hardly surprising that Orlando shooter Omar Mateen also was at least a casual gamer — but it certainly is telling that in the popular narrative of his attack, that fact gets only a passing mention rather than being centered as some sort of primary motivating factor. When another motive such as terrorism and/or self-loathing is available, video games become just a minor facet of the story.

Check out some of our posts on video game panic from the past few years:

← Free Speech in a Connected World
Retailers: Time to Stock Up on CBLDF Presents: Liberty TP! →