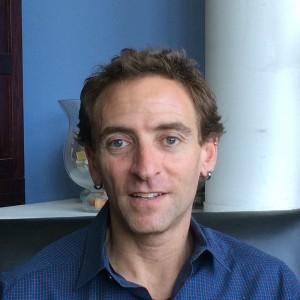 The Round Rock Independent School District in Texas has uninvited author Phil Bildner from all eight schools he was scheduled to visit there this fall, apparently because he recommended a book featuring a transgender protagonist when he visited the district last year. Bildner is well-known by teachers and librarians around the country for his dynamic school visits, and prior to this year, he had visited Round Rock for eight years in a row.

Bildner regretfully announced the cancellations on his Facebook page last Tuesday. On Sunday he posted again with a few more details:

I’m so disappointed that for the first time since 2007-2008, I won’t be visiting with the students of Round Rock ISD. Without explanation, after years of working together, in a four-sentence email sent after 5:00 in the evening on the Friday before the Memorial Day weekend, district leadership cancelled my visits to Caldwell Heights Elementary, Cactus Ranch Elementary, Brushy Creek Elementary, Chandler Oaks Elementary, Elsa England Elementary, Sommer Elementary, Wells Branch Elementary, and Double File Trail Elementary.

I’ve been planning for this visit with these eight Round Rock schools since last December. I do hope district leadership revisits this decision.

Although Round Rock officials have not provided Bildner or the American Library Association’s Office for Intellectual Freedom with any explanation for the sudden cancellations, he has a strong hunch that it’s because when speaking to students last year he recommended the award-winning and critically praised middle-grade novel George by Alex Gino. The titular main character has been raised as a boy but embraces her identity as a girl through the course of the book. George was only one of several selections that Bildner talked about at several elementary schools, but for the second half of his visit he was apparently forbidden from mentioning the book and was shadowed across five schools by Round Rock’s top library administrator.

So far, this is the only firm information that has publicly emerged to explain Round Rock ISD’s sudden change of heart. But given the current climate and Round Rock’s noncommittal stance on transgender students as the state of Texas leads a lawsuit against the federal Department of Justice regarding transgender restroom use, it doesn’t seem like too much of a leap to surmise that someone in district administration got nervous that the author might fail to toe the line they laid down. In a joint statement with Bildner yesterday, OIF Assistant Director Kristin Pekoll asked free speech advocates to “continue to ask Round Rock ISD for a response to our questions.” To aid in that endeavor, OIF has compiled a list of key contacts in the district and is also asking local citizens to offer public comments at the next school board meeting on June 23. Stay tuned!