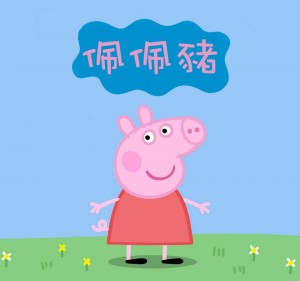 The Chinese government this month abruptly placed new restrictions on the publication of children’s picture books from abroad, reportedly in order to “reduce the influence of foreign ideas and enhance ideological control.” Authorities are not commenting directly, but four publishers confirm that a quota has been imposed on the number of foreign picture books allowed per year.

According to the South China Morning Post, foreign picture books do dominate the top sales of Chinese online retailers, with titles including Guess How Much I Love You and the Peppa Pig book series among the favorites. Chu Chen, a mother interviewed for the story, cited a German book as her preferred choice to read to her one-year-old son and added that books originating in mainland China tend to be “wordier and focused on teaching Chinese morals.”

An anonymous publishing official indicated that further distinctions will be made based on country of origin, such that picture books from Japan and South Korea will be nearly impossible to publish in China going forward. The new rules apply only to children’s books, but China’s government has also previously placed restrictions on manga and anime from Japan, partly because of the historic animosity between the two countries.

Around the same time that the picture book rule was coming to light, one of China’s largest online retailers also announced that it was banning the resale of any foreign books on its site. Taobao, a consumer-to-consumer platform owned by Alibaba, shut down the widespread practice of daigou, whereby sellers would obtain books from abroad on demand for mainland buyers.

The site ban includes books published in Hong Kong, which maintains a robust and freewheeling publishing industry despite returning to Chinese control two decades ago. Late in 2015, five men associated with the Hong Kong politics publisher Mighty Current were detained in China as authorities tried to extract information on the press and its customers. Four of them have since been released, but Gui Minhai, a Chinese-born Swedish citizen, remains in custody.