Throughout Women’s History Month, we’re bringing you a series of posts featuring significant comics work by women. In this column, we look at the suffrage work of Rose O’Neill (1874-1944).

Many people may not recognize Rose O’Neill’s name until you mention her most famous creation: Kewpies. O’Neill became one of the highest paid illustrators — male or female — of the early 20th century largely because of her cherubic creations, but she didn’t sit on her laurels. She used her considerable fame and popularity to campaign for women’s right to vote between 1914 and 1918.

As Bonniebrook Museum, which houses an extensive archive of O’Neill’s work, writes:

Rose O’Neill lived her life a liberated woman. She didn’t have to work at it. It came to her instinctively due to the confidence she had in her own abilities. She did, however, work at liberating others so they might choose how best to live their lives.

We reached out to Bonniebrook, and the museum graciously shared some of their archives of O’Neill’s suffrage artwork and articles about the woman who helped fight for women’s rights. 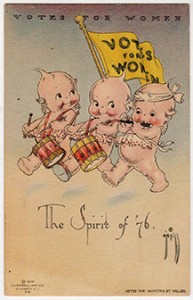 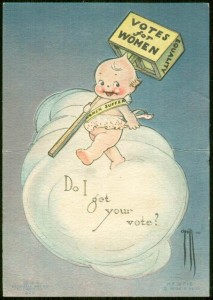 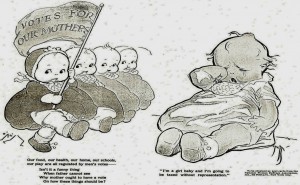 O’Neill’s Kewpies featured prominently in the suffrage campaign. The postcards shown above were printed by the Campbell Art Co. and circulated by the National Woman Suffrage Publishing Co. 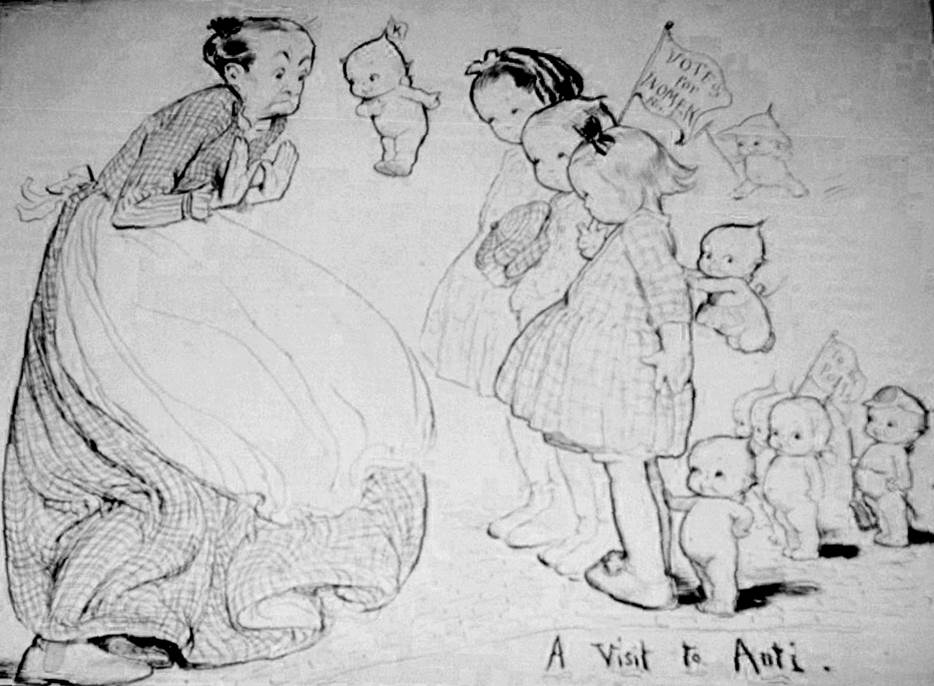 Some of the opponents to suffrage were women themselves. In this piece, O’Neill plays with language to address this opposition. 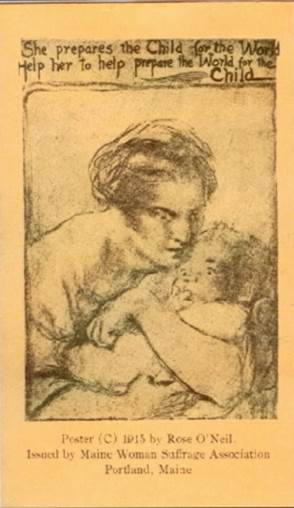 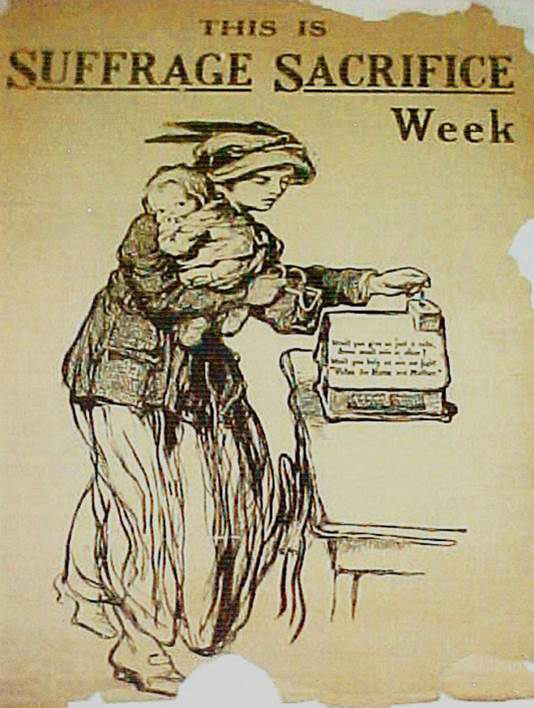 O’Neill didn’t rely only on Kewpies to illustrate her point — she also called upon her significant skill with more traditional illustration. In 1917, as referendums about suffrage were taking place around the country, the New York State Woman Suffrage Party was one million women strong but had an empty treasury a few weeks prior to election day. They instituted Suffrage Sacrifice Week to restore their coffers for the campaign. 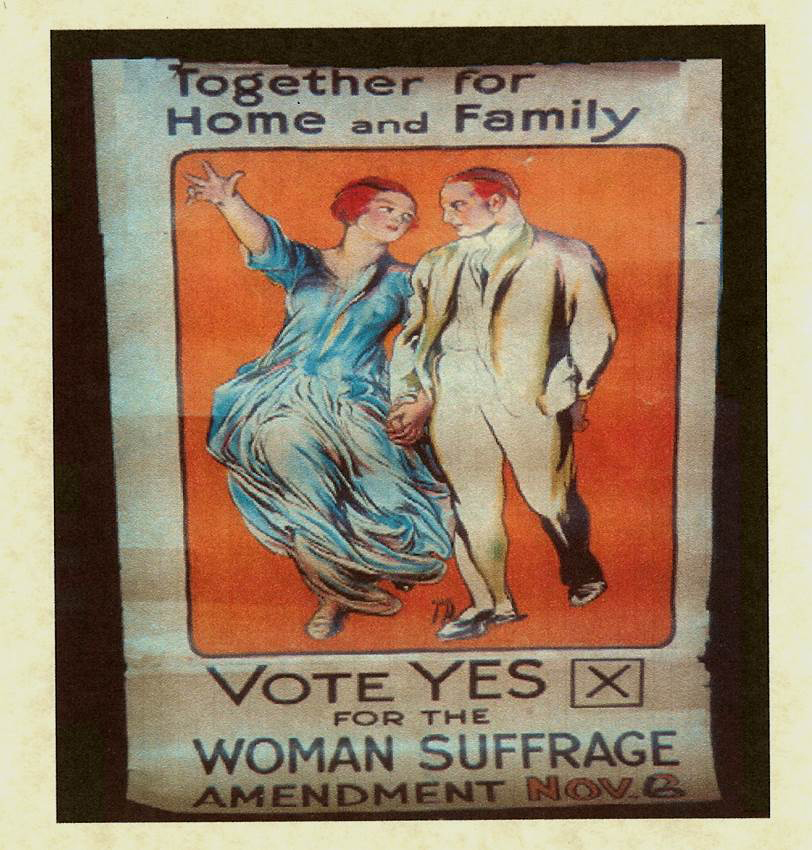 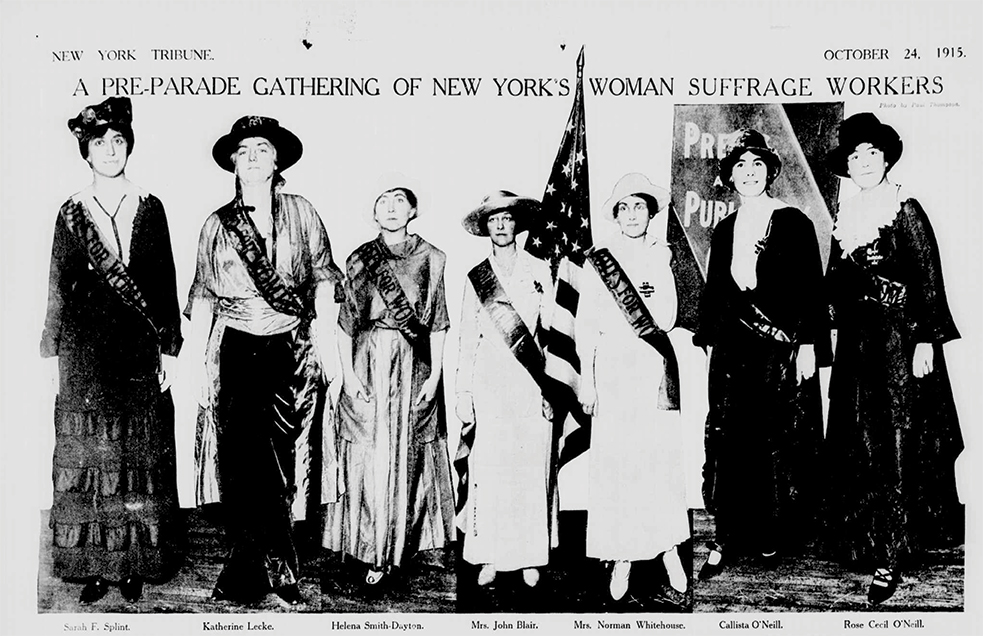 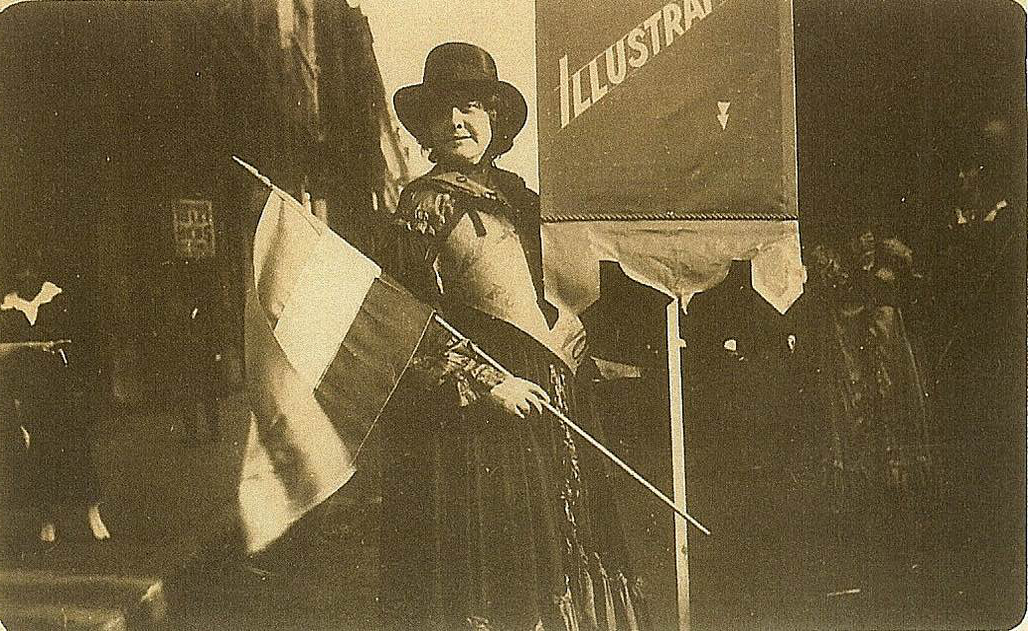 O’Neill was selected to represent women illustrators in a 1915 suffrage parade in New York City. 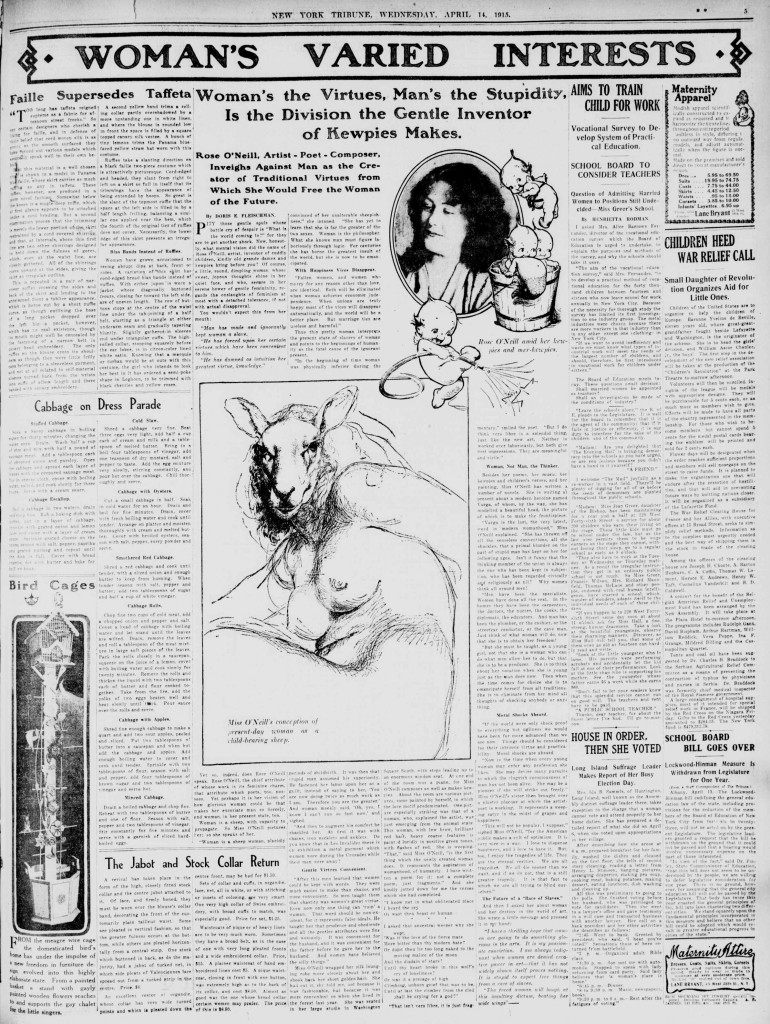 An April 14, 1915, profile of O’Neill for the New York Tribune featured some of O’Neill’s more strident statements in support of suffrage:

Man has made and ignorantly kept woman a slave. He has forced upon her certain virtues which have been convenient to him. He has damned as intuition her greatest virtue, knowledge.

Woman is the philosopher. What she knows man must figure laboriously through logic. For centuries she has borne the greatest insult of the world, but she is now to be emancipated.

Learn more about O’Neill and other women who changed free expression in comics in CBLDF Presents: She Changed Comics, a resource compiling more than 60 profiles of groundbreaking women creators and featuring interviews with some of the women who are changing the medium today. Get your copy here or read it on comiXology.