Happy June! With summer unofficially underway, here are some challenged and banned comics to read at the beach or on those lazy backyard hammock days. Signed copies of several of these titles are available in our Rewards Zone, so we’ve included links to those too. Finally, scroll to the bottom of this page for a full-color poster to display in libraries, comic shops, or classrooms! 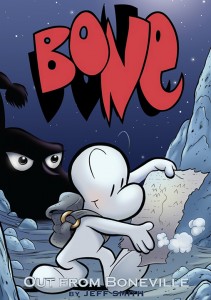 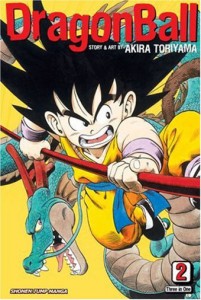 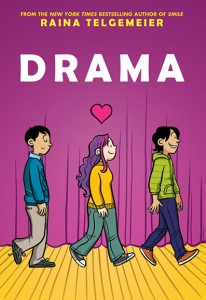 Although most readers of all ages found Drama to be just as endearing and authentic as Telgemeier’s other books Smile and Sisters, a small but vocal minority have objected to the inclusion of two gay characters. More… 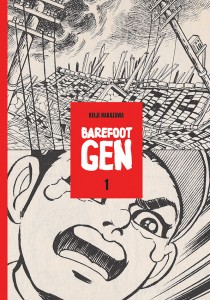 Barefoot Gen was temporarily banned from schools in the cities of Matsu and Izumisano, but in both cases it was later reinstated after media and community backlash. More… 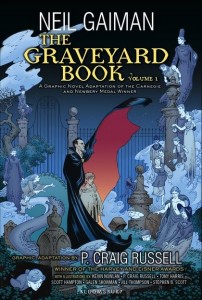 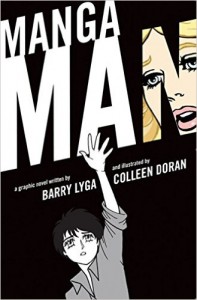 The mother of a high school student challenged Mangaman in October 2016 due to one pixelated panel of Ryoko in the buff. The school district observed its challenge policy and ultimately decided the book should remain on library shelves. More…

8. Stuck in the Middle edited by Ariel Schrag

Stuck in the Middle has been challenged multiple times since 2011. Most recently, a parent in Del City, OK labelled it “trash” and filed a challenge which prompted formation of a review committee. More…

Buy This One Summer signed by Mariko Tamaki here! 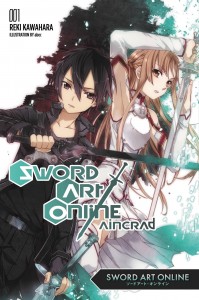 In April 2017 a Jerome Middle School teacher challenged the book on behalf of a student who came across it in the school library and objected to both language and imagery inside. A review committee unanimously recommended that the school board allow it to remain on shelves. More… 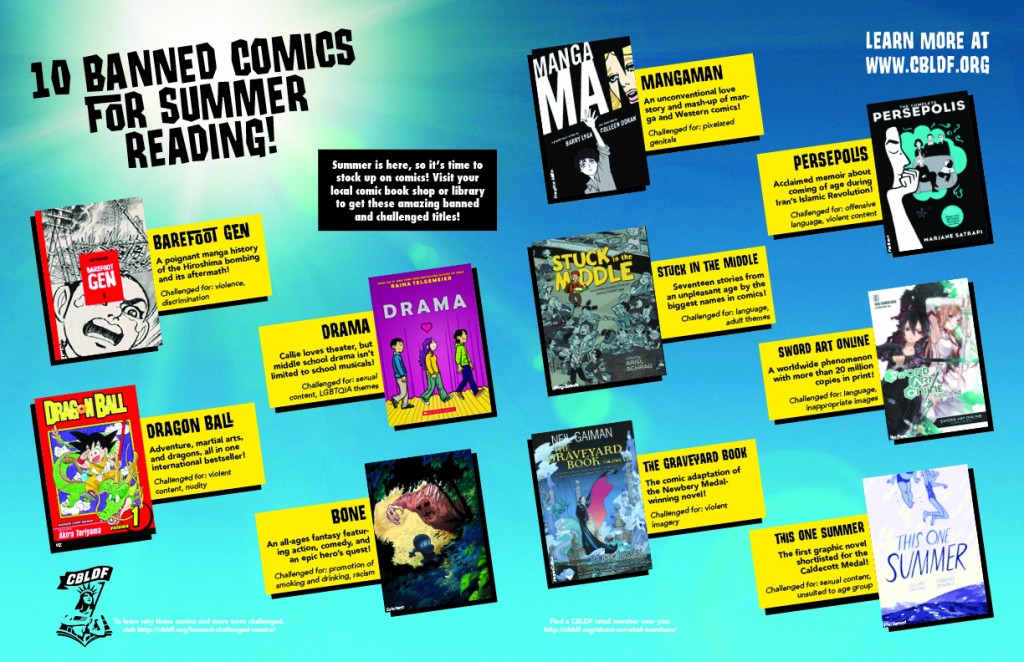 Show your love for banned books in your store or library! We’ve got downloadable posters in various sizes and formats for your use!