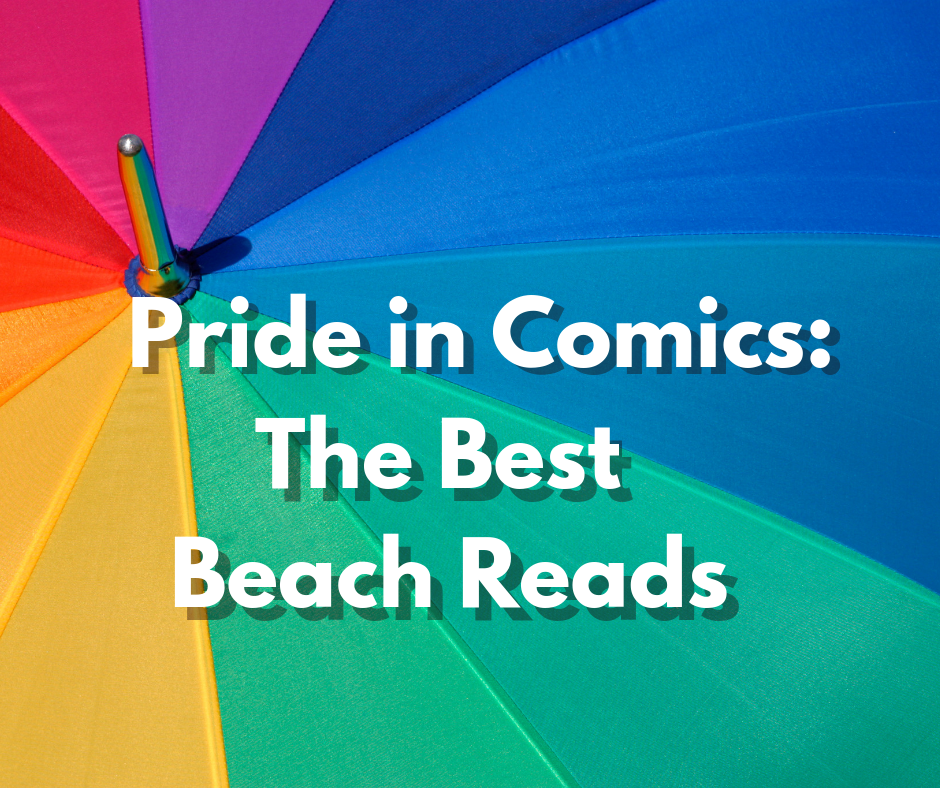 To honor Pride Month, CBLDF aims to highlight resources and comics that celebrate LGBTQ+ characters, content, and creators. Each year the American Library Association releases a list of the most challenged and banned books and comics based on reported challenges, and the majority of that list is challenged for the inclusion of Queer stories and characters.
In that vein, as the month closes out, we want to present a variety of reading choices to keep the spirit of Pride alive all summer long. Some of these titles, or other works by these creators, have been banned or challenged. But all of these titles run a far higher risk of censorship in the future, because they speak of stories, and people, and communities that some wish to silence.

If you love Spirited Away and other Studio Ghibli work, check out: 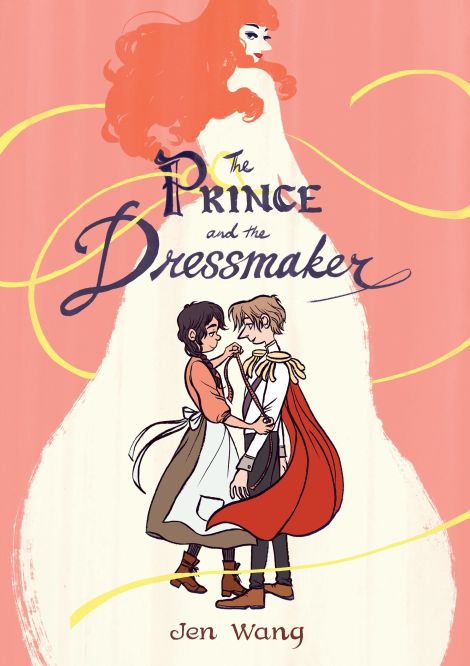 There’s been an undeniable boom in YA graphic novels in the past decade, thanks in no small part to Raina Telgemeier, and stories about identity and love are tentpoles for that demographic. This shift in the industry toward YA readers has allowed for emotional and intimate stories about individuals struggling to find themselves in a world that might not want them to, and that kind of story resonates with teens and adults alike. The Prince And The Dressmaker is not the only book in that category, but it is one of the best examples. The pacing and structure will feel familiar to people who love Miyazaki movies and writers like Tamora Pierce and Mercedes Lackey, and Jen Wang’s art and skill with characterization and expressions take the book to even greater heights. It’s a combination of Howl’s Moving Castle and Rapunzel, but this time it’s the prince that’s stuck in the castle and needs help getting out.

If you love My Lesbian Experience with Loneliness, pick up 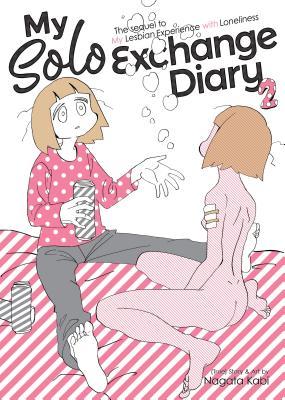 This is a follow up to My Lesbian Experience with Loneliness, which was part of a challenged banned books display in Maine back in September.

In this vulnerable autobiographical follow-up to Kabi’s surprise-hit debut manga, My Lesbian Experience with Loneliness, Kabi writes to her past self: “Dear Nagata Kabi, hello. This is Nagata Kabi.” She updates herself on new events, shares deep and not-so-deep thoughts, and frequently panics over her messy life. Compared to the previous manga, this sequel is looser, with less of the driving, neurotic urgency that distinguished Loneliness. Kabi is still struggling to understand sex and love, still dominated by her disapproving parents, still awkwardly learning how to be an adult—but circumstances are slowly becoming less dire.

If you love This One Summer and Lumberjanes, read 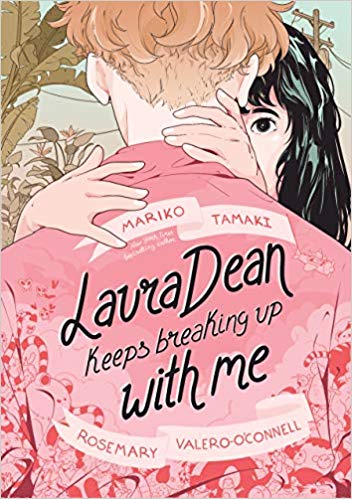 Laura Dean is a terrible girlfriend. Self-absorbed and careless, she breaks up with Frederica, 16, for the fourth time, via text message after being caught cheating at a school dance. But Freddy loves Laura Dean, and they’re soon back together—sort of—though Freddy’s relationship myopia renders her isolated and dismissive of her friends, all of whom are struggling with their own issues. A medium tells Freddy to call the relationship quits, but she has no idea how to stop perpetuating her part of the cycle. Bold, clean lines and pink highlights characterize rich art by Valero-O’Connell (the Lumberjanes/Gotham Academy series) as panels breathily dense with the personal details of the characters’ lives morph to suit each meaningful scene. A largely queer and physically and ethnically diverse cast inhabits this vision of teenage Berkeley, and the high school–specific mixture of self-possession and cluelessness with which Tamaki (This One Summer) imbues them lends depth and individuation. This exploration of toxic relationships and social dynamics at the cusp of adulthood is, like its cast, sharp and dazzling.

If you love Giant Days or Coffeeshop AU Fan Fiction, 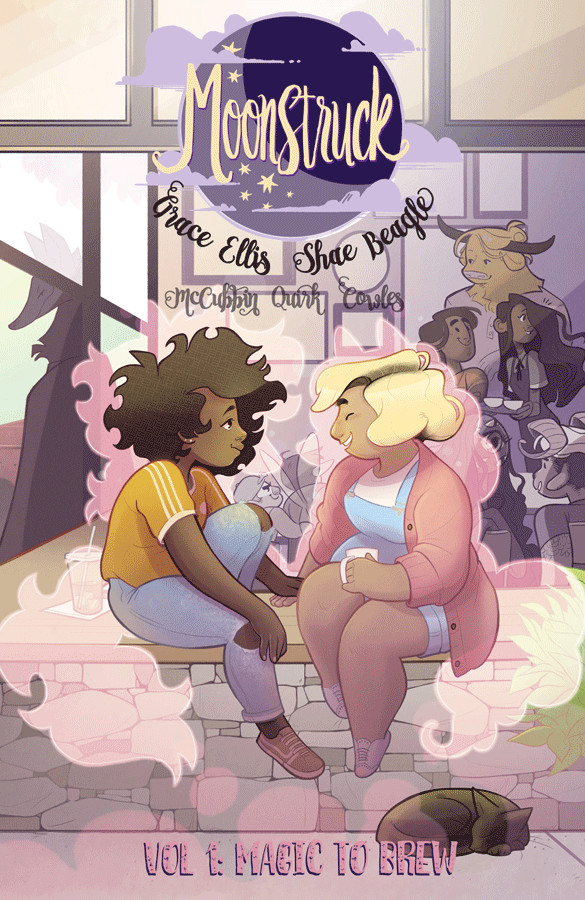 by Grace Ellis and Shae Beagle

If you aren’t immediately sucked in by Leth and Beagle’s visually fun and colorfully snackable artwork then our sweetheart of a main character, Julie, and her extra but endearing best friend, Chet, will certainly do the trick. Julie is just your average hardworking barista trying to date the girl of her dreams and indulge her fandom (a Nancy Drew/Bobbsey Twins-esque mystery series called Pleasant Mountain Sisters). Oh yeah, and then there’s those werewolf microaggressions everyone keeps casually throwing around. How’s a girl supposed to get any reading done when everyone from the feuding neighbors to the local oracles with their incredibly vague and foreboding prophecies seem determined to get your hackles up?

If you love Spinning and Firefly, pick up 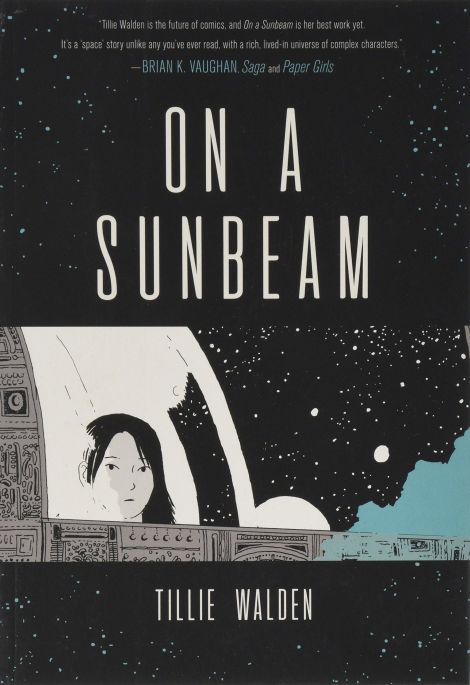 An epic story of women, space travel, and lost love. A spaceship crew flies in a giant goldfish shaped ship through the deepest reaches of space trying to rebuild parts of the past, which mirrors new crew member Mia’s personal reasons for joining this team. Oscillating between past and present, this beautiful graphic novel will stay with readers well past the final panel.

From The Atlantic‘s review,

If you love Fence or actual sports, look for 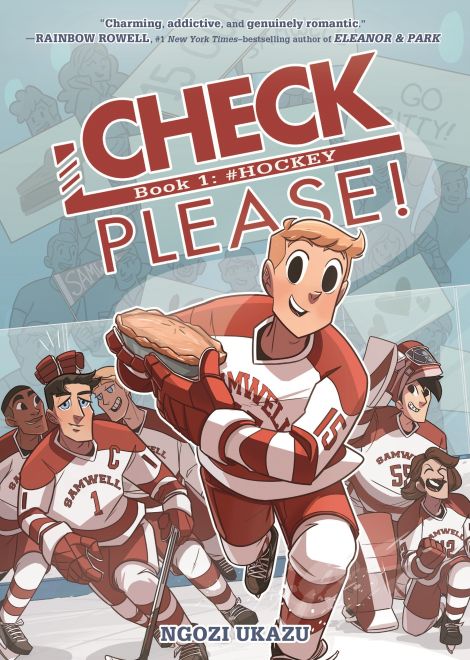 If you love Henry & Glenn or Bears with cats, get 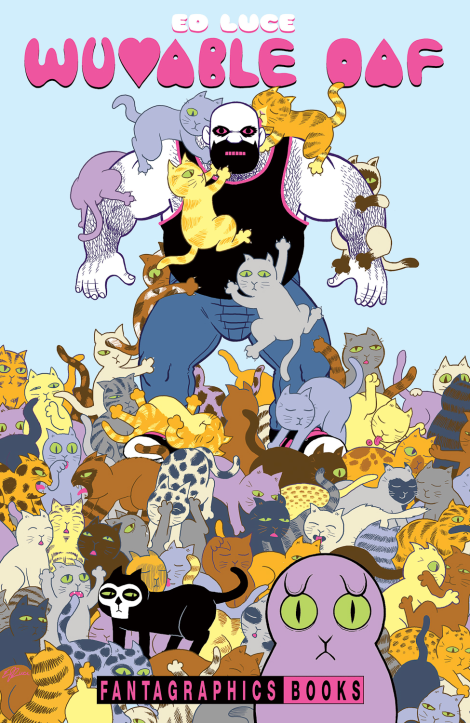 Wuvable Oaf is the first-ever collection of the acclaimed self-published comic book series by cartoonist Ed Luce. Oaf is a large, hirsute, scary-looking ex-wrestler who lives in San Francisco with his adorable kitties and listens to a lot of Morrissey. The book follows Oaf’s search for love in the big city, especially his pursuit of Eiffel, the lead singer of the black metal/queercore/ progressive disco grindcore band Ejaculoid. Luce weaves between the friends, associates, enemies, ex-lovers and pasts of both men into the story of their courtship. A romantic comedy at its core, Wuvable Oaf recalls elements of comics as diverse as Scott Pilgrim, Love and Rockets, and Archie, set against the background of San Francisco’s queer community and music scene.

From The Slate review

Now collected into a very funny book by Fantagraphics, the tentative-yet-sexy romance between gigantic Oaf and tiny Eiffel will be catnip to bear-lovers and the bears who love them—but also to readers not steeped in the queer scene who simply love a witty, warm-hearted story and a lead character who’s worth rooting for.