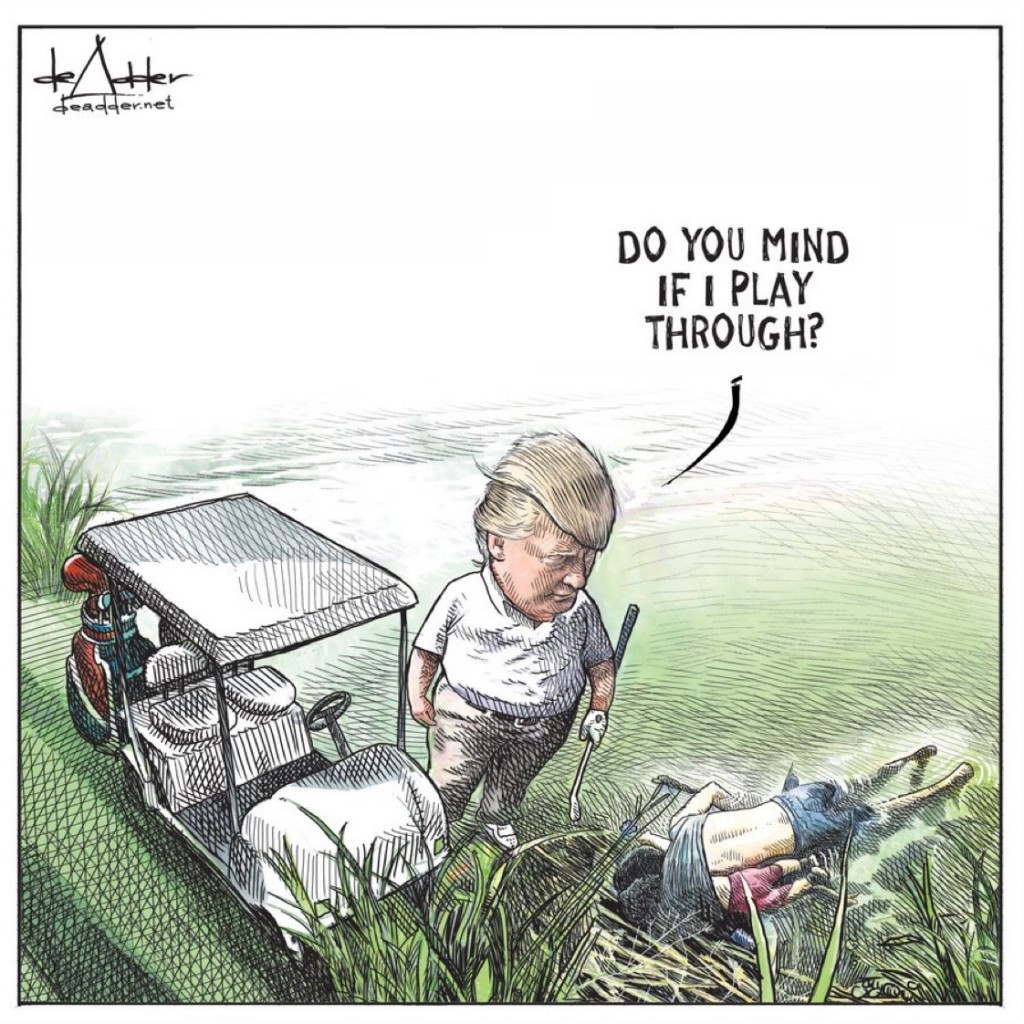 Editorial cartoonist, Michael de Adder, was let go from Canada’s Brunswick News Inc. (BNI), a group which controls all the major papers in his hometown, the day after a cartoon he drew that was critical of the American President went viral. The cartoon depicted the American President attempting to play golf, but impeded by the now famous image of father and daughter laying drowned after attempting to cross into America, with Trump asking their bodies, “Do you mind if I play through?” Brunswick News released a statement saying the decision was unrelated to the viral cartoon, they had been planning this for weeks.

The original photograph, by Julia Le Duc, was captured early last week in the hours following the father and daughter’s tragic attempt at crossing the Rio Grande into America. As Azam Ahmed and Kirk Semple wrote for the New York Times,

The image represents a poignant distillation of the perilous journey migrants face on their passage north to the United States, and the tragic consequences that often go unseen in the loud and caustic debate over border policy.

Wes Tyrell, the President of the Association of Canadian Cartoonists, took to Facebook to post the cartoon and clarify some things about BNI that weren’t in their own statement,

de Adder’s Trump cartoons didn’t appear in the newspaper but they were viewed all across social media, something that probably went unnoticed most days by Irving. But his cartoon of June 26 couldn’t be ignored. The trope of political figures golfing and showing disdain for issues has been seen before, but deAdder’s take hit a nerve. It went viral and social media stars like George Takei even shared it. For a brief period de Adder was the poster boy for the Anti-Trump movement. A good place to be if you’re a cartoonist, but a bad place to be if you work for a foreign oil company with business ties to the United States.
Whether the powers that be in America would make the connection between de Adder’s cartoon and Brunswick News Inc doesn’t matter.
It seems that the Irving’s don’t want to take that chance. So they cut all ties.

A solid reason why an oil company has no business owning newspapers.

Tyrell also compared the situation to that of American cartoonist, Rob Rogers, who lost his job with the Pittsburgh Post Gazette after 25 years, for work that was critical of Trump or issues related to the Republican party platform. Rogers went on to become a finalist for the Pulitzer Prize in cartooning.

de Adder took to Twitter to thank everyone for their support, and mention his work for other papers and an upcoming book meant the loss of income from BNI was “a setback, not a deathblow.” But later he tweeted about one of the things he was most upset about in the loss of his voice in his hometown of Brunswick, being his mom’s ability to see his work daily.

The hardest part in all of this,I have a mother with dementia in NB who has a hard time remembering her family at times.But she knows her son draws cartoons. Part of her daily routine is to open the @TimesTranscript and see her son’s cartoon.A cartoon that won’t be there anymore. 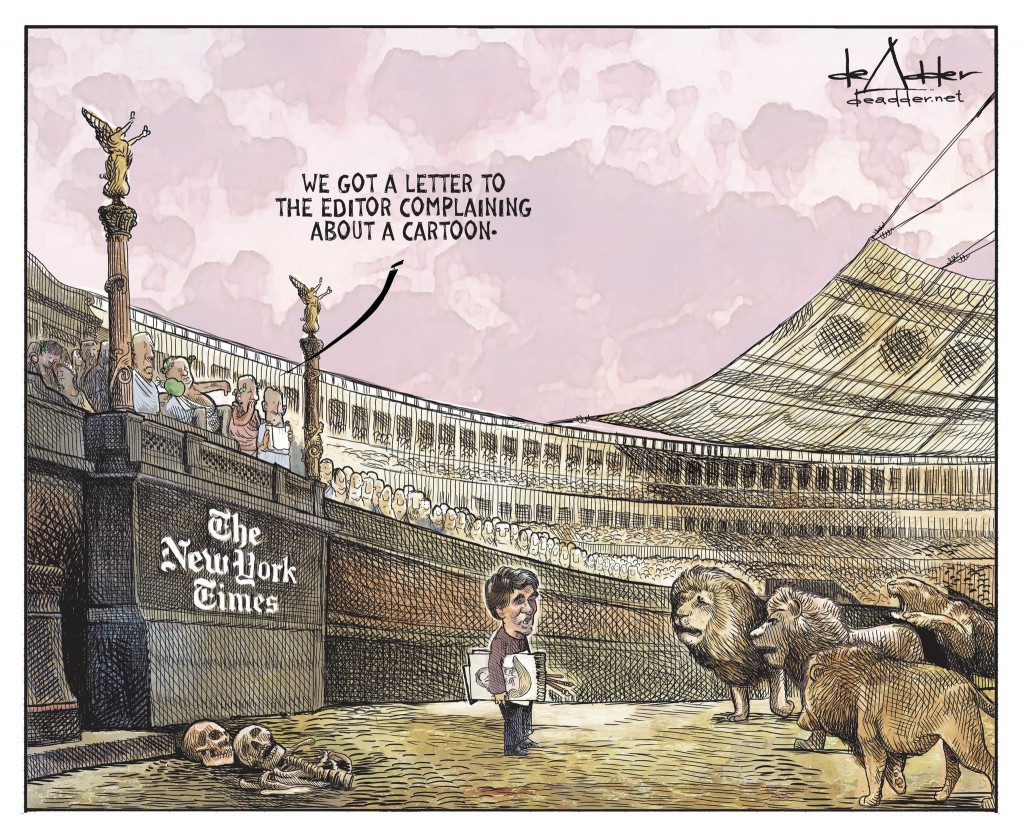 Chapette had written a blog post after finding out about his own loss of position, speaking poignantly about the ever diminishing number of political cartoonists in the world,

Who will show the emperor Erdoğan that he has no clothes, when Turkish cartoonists can’t do it? – one of them, our friend Musa Kart, is now in jail.Cartoonists from Venezuela, Nicaragua and Russia were forced into exile. Over the last years, some of the very best cartoonists in the U.S., like Nick Anderson and Rob Rogers, lost their positions because their publishers found their work too critical of Trump. Maybe we should start worrying. And pushing back. Political cartoons were born with democracy. And they are challenged when freedom is.

Stay up to day with CBLDF and what’s going on in cartoons all over the world, with the CBLDF Weekly Newsletter!