Graphic novels focusing on the female experience, such as Drama by Raina Telgemeier, Fun Home by Alison Bechdel, and This One Summer by Jillian and Mariko Tamaki, are among the most frequently banned and challenged.  To celebrate Women’s History Month, we’ve gathered a list of titles featuring women who fearlessly confront and overcome challenges in their lives. Including one or more of these titles into your curriculum may help reduce the censorship of works focusing on the female experience.

To find out more about teaching techniques for including these works in your classroom and strategies to navigate any resistance you may face when doing so, be sure to register for our upcoming webinar, “Sequencing the Female Self—Teaching Personal History through Graphic Novels” UPDATE: (Originally scheduled for March 28, due to current circumstances we will be rescheduling. Check back soon for further information.) .  As a thank you, each webinar participant will receive a handout of relative CBLDF resources and a reading list of titles to help you get started. 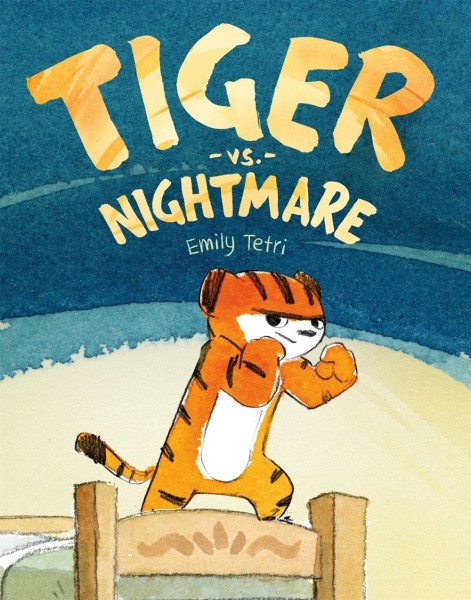 Tiger is a very lucky kid: she has a monster living under her bed. Every night, Tiger and Monster play games until it’s time for lights out. Of course, Monster would never try to scare Tiger—that’s not what best friends do. But Monster needs to scare someone…it’s a monster, after all. So, while Tiger sleeps, Monster scares all of her nightmares away. Thanks to her friend, Tiger has nothing but good dreams. But waiting in the darkness is a nightmare so big and mean that Monster can’t fight it alone. Only teamwork and a lot of bravery can chase this nightmare away. In this charming graphic novel for young readers, cartoonist Emily Tetri proves that unlikely best friends can be an unbeatable team, even against the scariest monsters. 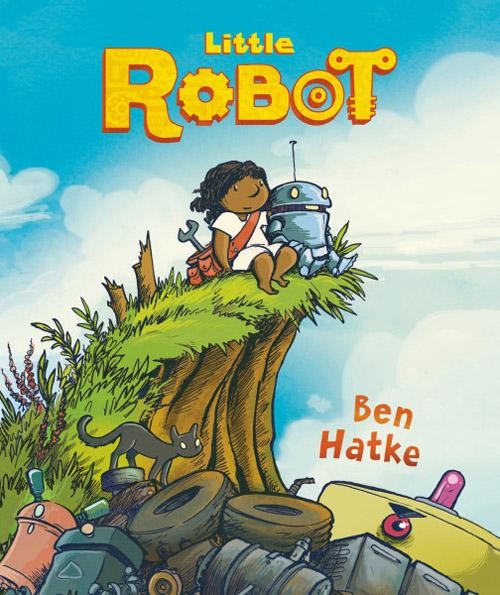 When a little girl finds an adorable robot in the woods, she presses a button and accidentally activates him for the first time. Now, she finally has a friend. But the big, bad robots are coming to collect the little guy for nefarious purposes, and it’s all up to a five-year-old armed only with a wrench and a fierce loyalty to her mechanical friend to save the day! In the Eisner-winning graphic novel, Little Robot, New York Times best-selling author Ben Hatke brings his signature sweetness to a simple, moving story about friendship and overcoming fears that will appeal to readers of all ages.

Hidden: A Child’s Story of the Holocaust 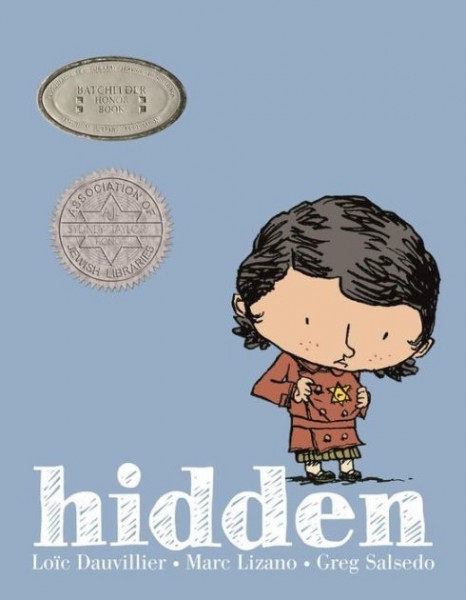 In this gentle, poetic young graphic novel, Dounia, a grandmother, tells her granddaughter the story even her son has never heard: how, as a young Jewish girl in Paris, she was hidden away from the Nazis by a series of neighbors and friends who risked their lives to keep her alive when her parents had been taken to concentration camps. Hidden ends on a tender note, with Dounia and her mother rediscovering each other as World War II ends . . . and a young girl in present-day France becoming closer to her grandmother, who can finally, after all those years, tell her story. With words by Loïc Dauvillier and art by Marc Lizano and Greg Salsedo, this picture book-style comic for young readers is a touching read. 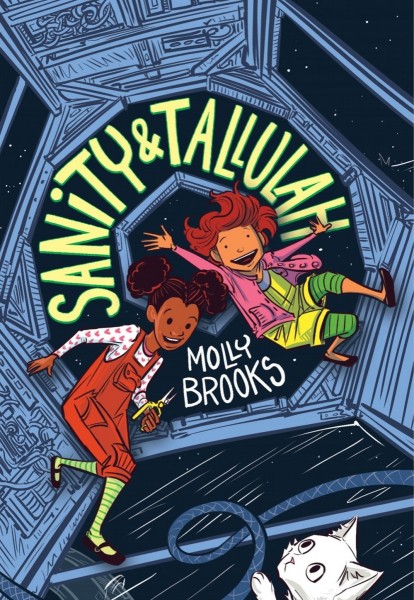 It can get pretty dull living on a small, out-of-the-way station like Wilnick SS. Best friends Sanity Jones and Tallulah Vega do their best to relieve the monotony of everyday space life by finding adventures, solving mysteries, and taking turns getting each other into and out of trouble. But when Sanity’s latest science project—an extremely-illegal-but-impossibly-cute three-headed kitten— escapes from the lab and starts causing general havoc, the girls will have to turn the station upside down to find her—before the damage becomes irreversible! 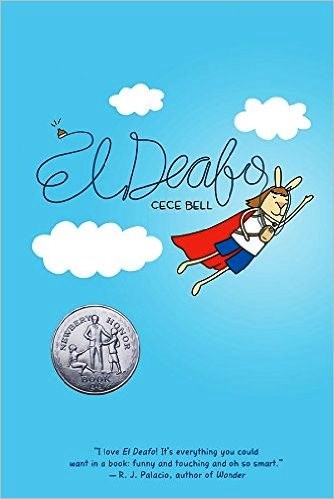 Going to school and making new friends can be tough. But going to school and making new friends while wearing a bulky hearing aid strapped to your chest? That requires superpowers! In this funny, poignant graphic novel memoir, author/illustrator Cece Bell chronicles her hearing loss at a young age and her subsequent experiences with the Phonic Ear, a very powerful—and very awkward—hearing aid. The Phonic Ear gives Cece the ability to hear—sometimes things she shouldn’t—but also isolates her from her classmates. She really just wants to fit in and find a true friend, someone who appreciates her as she is. After some trouble, she is finally able to harness the power of the Phonic Ear and become “El Deafo, Listener for All.” And more importantly, declare a place for herself in the world and find the friend she’s longed for.

Pilu of the Woods 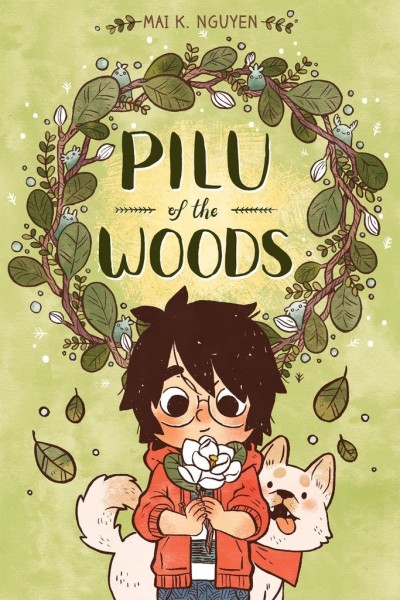 For fans of Hilda and the Troll comes Pilu of the Woods, from debut creator Mai K. Nguyena comes a heartwarming and bittersweet story of friendship, loss, exploring complex emotions and finding your way home. Willow loves the woods near her house. They’re calm and quiet, so different from her own turbulent emotions, which she keeps locked away. When her emotions get the better of her one day, she decides to run away into the woods. There, she meets Pilu, a lost tree spirit who can’t find her way back home—which turns out to be the magnolia grove Willow’s mom used to take her to. Willow offers to help Pilu, and the two quickly become friends. But the journey is long, and Pilu isn’t sure she’s ready to return home yet—which infuriates Willow, who’s determined to make up for her own mistakes by getting Pilu back safely. As a storm rages and Willow’s emotions bubble to the surface, they suddenly take on a physical form, putting both girls in danger… and forcing Willow to confront her inner feelings once and for all. 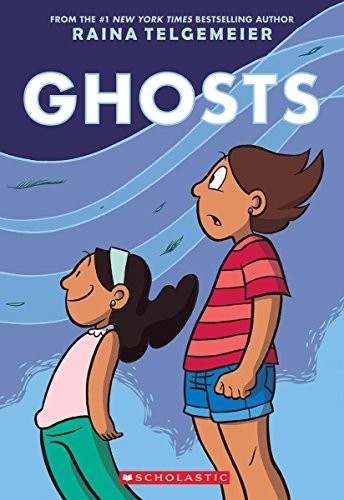 Catrina and her family are moving to the coast of Northern California because her little sister, Maya, is sick. Cat isn’t happy about leaving her friends for Bahía de la Luna, but Maya has cystic fibrosis and will benefit from the cool, salty air that blows in from the sea. As the girls explore their new home, a neighbor lets them in on a secret: There are ghosts in Bahía de la Luna. Maya is determined to meet one, but Cat wants nothing to do with them. As the time of year when ghosts reunite with their loved ones approaches, Cat must figure out how to put aside her fears for her sister’s sake, and her own. Raina Telgemeier has masterfully created a moving and insightful story about the power of family and friendship, and how it gives us the courage to do what we never thought possible. 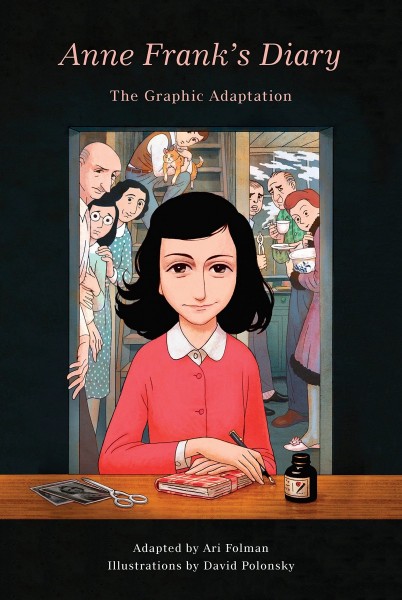 A timeless story rediscovered by each new generation, The Diary of a Young Girl stands without peer. For both young readers and adults it continues to capture the remarkable spirit of Anne Frank, who for a time survived the worst horror the modern world has seen—and who remained triumphantly and heartbreakingly human throughout her ordeal.  Adapted by Ari Folman, illustrated by David Polonsky, and authorized by the Anne Frank Foundation in Basel, this is the first graphic edition of The Diary and includes extensive quotations directly from the definitive edition. It remains faithful to the original, while the stunning illustrations interpret and add layers of visual meaning and immediacy to this classic work of Holocaust literature. 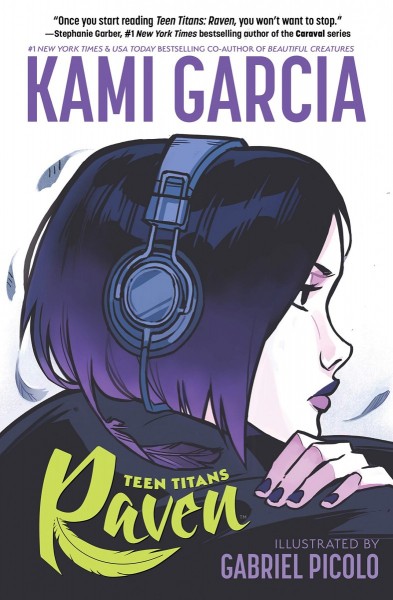 When a tragic accident takes the life of seventeen-year-old Raven Roth’s foster mom—and Raven’s memory—she moves to New Orleans to live with her foster mother’s family and finish her senior year of high school. Starting over isn’t easy. Raven remembers how to solve math equations and make pasta, but she can’t remember her favorite song or who she was before the accident. When strange things start happening—things most people would consider impossible—Raven starts to think it might be better not to know who she was in her previous life.  But as she grows closer to her foster sister, Max, her new friends, and Tommy Torres, a guy who accepts her for who she is now, Raven has to decide if she’s ready to face what’s buried in the past…and the darkness building inside her. From the #1 New York Times best-selling co-author of Beautiful Creatures Kami Garcia and artist Gabriel Picolo comes this first graphic novel in the Teen Titans series for DC Ink, Teen Titans: Raven. 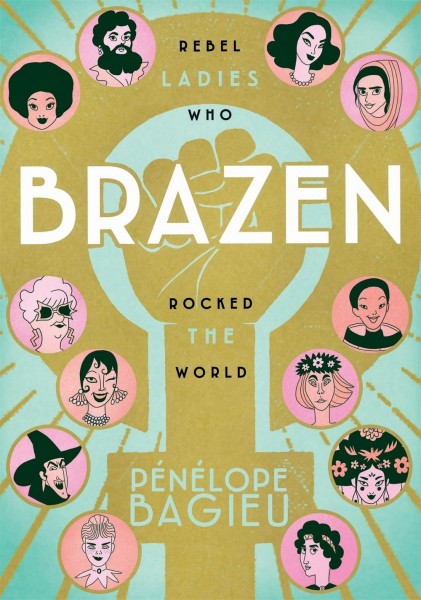 Throughout history and across the globe, one characteristic connects the daring women of Brazen: their indomitable spirit. With her characteristic wit and dazzling drawings, celebrated graphic novelist Pénélope Bagieu profiles the lives of these feisty female role models, some world famous, some little known. From Nellie Bly to Mae Jemison or Josephine Baker to Naziq al-Abid, the stories in this comic biography are sure to inspire the next generation of rebel ladies.