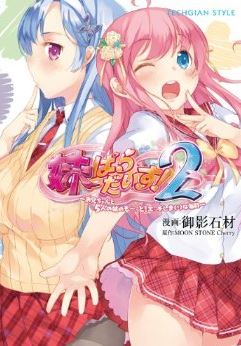 Under the guise of the revised (and ever more draconian) Youth Healthy Development Ordinance, the Tokyo Metropolitan Government this week declared that the manga Imōto Paradise! 2 was an “unhealthy publication.” Under the ordinance, such materials cannot be sold to individuals under the age of 18 and must be placed in an adults-only section of a store. According to Anime News Network, the sale of Imōto Paradise! 2 is being restricted due to “glorification of incestuous acts.”

Imōto Paradise! 2, which is drawn by Sekizai Mikage and adapts an adult game of the same name, is the first manga to be sanctioned under the ordinance since it was revised by Bill 156 in 2010. The revisions to the ordinance broadened the definition of “harmful” publications that might be regulated. Because of the revisions, the ordinance is so vaguely worded that, in the words of Japanese culture expert and translator and friend of the Fund Dan Kantemitsu, “authors of general audience fiction of manga, anime and video games must keep in mind all the codes, ordinances, and laws specified by Tokyo and Japan’s law books if they wish to depict any sexual acts.” Even the most minor sexual acts depicted in manga or anime could be investigated under the ordinance if they can be shown “to be excessively disrupting of social order.”

As of today, the sale of Imōto Paradise! 2 is restricted in brick and mortar stores. Despite a first place sales rank, Amazon removed the publication from its Kindle store on Wednesday, shortly after news of the unhealthy designation was released. As of this writing, a response from publisher Kadokawa is forthcoming, pending official notification of the restrictions from the Tokyo government.

CBLDF asked Kanemitsu to weigh in on the Imōto Paradise! 2 situation:

While it is hard to deny the fact the manga adaptation of Imouto Paradise 2 is full of sexual themes, the circumstances behind how this title was designated harmful to minors is rather perplexing. Tokyo makes the claim that this title is A) not sexually stimulating enough to corrupt youth but B) can be a bad influence on minors because incest is depicted in a particularly positive and acceptable light.

In a nutshell, the rationale behind this argument is that incest is so morally repulsive that even playful depictions must be shielded away from children. Many would find it hard to argue against this contention, except for the fact that the government, and not the parents, are the ones making this judgement call. There are no laws against incest in Japan, and yet Tokyo is stating that they have the right to dictate people’s morality beyond what is stipulated in the law.

Furthermore, the fact that manga and anime is held to accountable to this standard, while novels and films featuring real people are not, leads to the inescapable conclusion that there are forces within Tokyo that treat manga and anime as a particularly potent threat.

We should always be careful when start to entrust the government with discriminatory polices, be that against people, sexuality, or mediums of self-expression. How would you like it if someone told you homosexuality could be tolerated in only certain mediums, or that you may dance to waltz music but not to polka tunes?

If unchecked, the logic behind how Imouto Paradise 2 was designated harmful to minors can be employed by those in power to enforce their own brand of morality upon the public.

Special thanks to Dan Kanemitsu for his contributions to this article.

The Inconvenience of Barefoot Gen