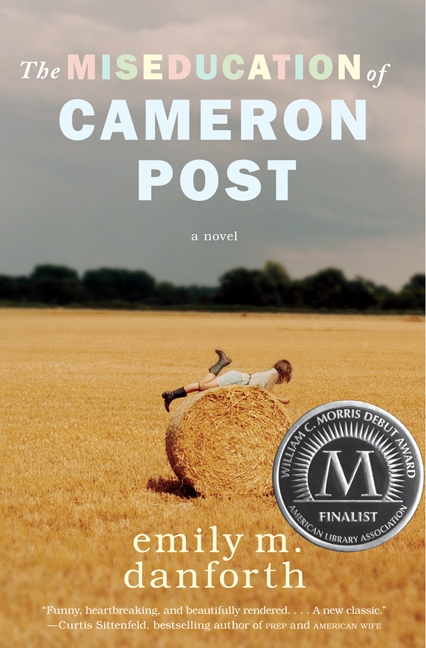 In a disheartening turn of events, the Cape Henlopen School Board in Delaware last week eliminated an entire summer reading list for incoming high school freshmen amidst confusion over how to handle a challenge to one book.

The board had previously raised the ire of both free speech and LGBT advocates by removing emily m. danforth’s The Miseducation of Cameron Post from the list of reading options without due process. Although the titular main character is a lesbian, board members insisted that the ban was only due to profanity in the book. When it was pointed out that several of the other books on the list also contain profanity, however, the board agreed–and did away with the entire list.

The Cape Henlopen summer reading list was drawn from the Delaware Library Association’s Blue Hen Book Award nominees for teen readers from 2014 and 2015. In addition to Cameron Post, the complete list of books that the school board decided it couldn’t be associated with is:

At Thursday’s meeting, board president Andy Lewis claimed that Cameron Post was originally taken off the list “because there was no process to evaluate it after someone complained.” But a look at the board’s policy document turns up a procedure for dealing with “challenged or questioned materials” under Policy 110:

(1) Citizens of the school community may register their criticism with the school principal. All criticism shall be in writing. The statement shall include the specific information as required on the Request for Reconsideration of Library and Instructional Materials form. The form is available at the office.

(2) The appropriate director/supervisor will chair and appoint a committee of school personnel to reevaluate the materials being questioned and to make recommendations.

a. The questioned materials shall be read and reevaluated by a committee composed of three certified personnel. The three members shall be selected by the director/supervisor and consist of the librarian and two teachers, one of whom must be a specialist in the subject area. The report of this committee will be completed within 20 school days.

b. It is recommended that the director/supervisor invite qualified citizen(s) of the school district to serve on the committee.

c. The director/supervisor’s decision concerning the committee’s recommendation shall be sent in writing to the complainant. Copies of the decision shall be sent to the Superintendent, librarians, committee members, and school principal.

Rob Spicer, the father of a gay Cape Henlopen graduate, said at the meeting that the decision to eliminate the entire reading list rather than follow the challenge procedure was “a copout.” The board, he said, “abdicated their responsibility, because the heat in the kitchen was too hot for them.” Meanwhile, board member Alison Meyer claimed that elimination of the list “was the only way we could make each side somewhat happy.” Actually, the advocates and groups including CBLDF who protested the censorship of one book are not likely to be appeased by the default censorship of nine more. During and after the board meeting, Cameron Post author danforth (who prefers to write her name without capital letters) shared her own reaction and those of some followers on Twitter:

Today’s not the 1st time CAM POST’s had her fate in the hands of adults who seek to “protect” students by acting out of fear and intolerance
— emily m. danforth (@emdanforth) July 24, 2014

I’m told that the Cape Hen. board voted to remove the entire #BlueHenList, claiming that NONE of the books are appropriate for 9th graders. — emily m. danforth (@emdanforth) July 25, 2014

Obviously this news makes me both very angry and very sad. It’s a slap in the face of the knowledgeable librarians who crafted that list. — emily m. danforth (@emdanforth) July 25, 2014

For this board (who, by their own admittance, hasn’t read each of these books) to decide that they’re all “inappropriate” is just absurd. — emily m. danforth (@emdanforth) July 25, 2014

So the school board has decided to teach its students that no one should make difficult decisions ever. Let alone read complicated books. — Robin Talley (@robin_talley) July 25, 2014

This list wasn’t created in a vacuum. It was made by those who know the intellectual and educational needs/desires of teenagers.
— Kelly Jensen (@catagator) July 25, 2014

-and also about what CAM POST meant to her, and would have meant to her had she read it earlier. I’m honored by, thankful for, her bravery.
— emily m. danforth (@emdanforth) July 25, 2014