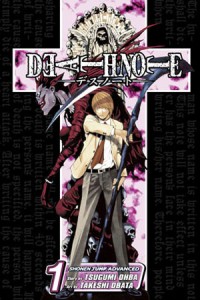 Despite last month’s Chinese ban on dozens of manga and anime series that were said to “encourage juvenile delinquency, glorify violence and include sexual content,” social media users in China are easily circumventing the restrictions by sharing content online. According to a BBC News report, the hashtag #DeathNote is a top trending topic on microblogging site Sina Weibo.

Authorities could easily suppress the hashtag via Weibo’s private censors, just as they often do for sensitive political and societal topics, but anime scholar Jonathan Clements says the government does not expect or intend for entertainment bans to be wholly effective:

Chinese authorities are used to a certain degree of permeability in their various bans and directives. The issue with a lot of Chinese censorship isn’t about a blanket ban that keeps 100% of material out. It’s about making life as difficult as possible for people who actually want it. A ban like this is about restricting casual access.

The ban targeting Japanese media in China has at least as much to do with the historic animosity between the two countries as it does with the content itself. Clements says the illicit consumption of anime and manga by China’s younger generation “encourages a certain amount of underground respect for the Japanese” despite tense relations between the two governments.  At the first Shanghai Comic Convention in May, however, there was a pointed lack of Japanese merchandise or characters in booths and cosplay, which were instead dominated by American superhero and sci-fi franchises.

Death Note, both the anime and manga, has long been a favored target of Chinese authorities; in 2007 Beijing’s municipal government labeled it an “illegal terrifying publication” and banned it from distribution at newsstands in the city. But the series is also no stranger to controversy in the U.S., where over the past eight years at least nine students ranging from elementary to high school were disciplined, suspended, expelled, or arrested after “death notes” inspired by the fictional version were found in their possession. Most recently, a seventh grader in Griswold, Connecticut was suspended from school last month and investigated by police.