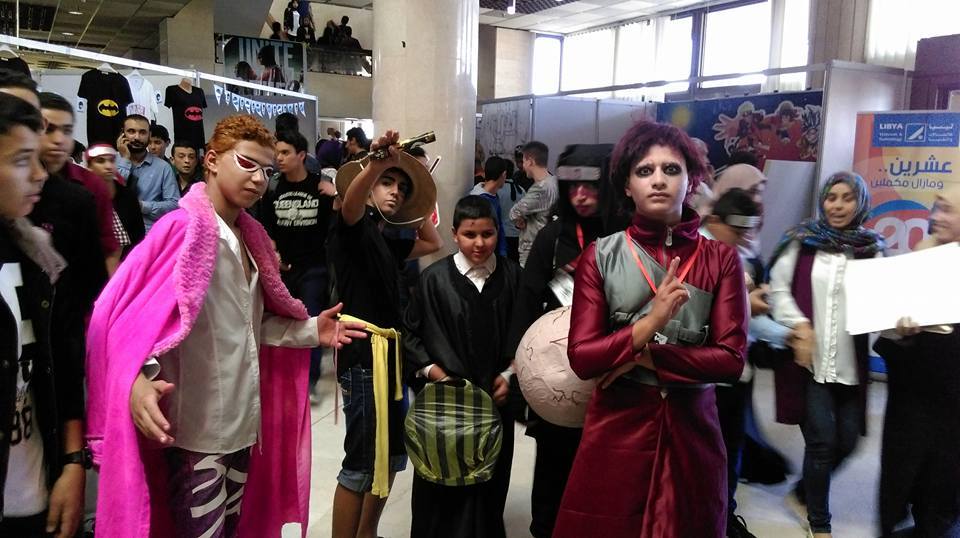 Libya’s second annual comic con was cut short on Friday when it was stormed by armed militia forces who shut down the event and detained about 20 people. Most have since been released — not exactly unscathed — but the militia says six organizers of the show will be turned over to prosecutors for “attack on morals and modesty” of young people.

According to an attendee’s Facebook post, which has since been deleted along with the entire Libya Comic Con page, the militia known as RADA Special Deterrence Forces objected to numerous aspects of the event: some women attending without hijab; posters of Wonder Woman and Catwoman; perceived Christian, Buddhist, Satanic, or atheist elements of the art and Japanese calligraphy on display; and the many fans who attended in costume. In the runup to the con which was scheduled for Nov. 2-4, organizers had been fighting social media rumors that it was a Halloween event — viewed as both Satanic and a Western import by RADA and other Libyan hardliners.

Screenshot of post from attendee taken prior to the shutdown of the Libya Comic Con Facebook page.

In the political vacuum following the fall of dictator Muammar Gaddafi, RADA acts as an unofficial police force for the interim government. The group announced its shutdown of Libya Comic Con on its own Facebook page, alleging that “[t]his sort of festival imported from abroad exploits the weakness in [young people’s] religious faith and their fascination with foreign cultures.” Later in the statement, RADA seemed to take a page directly from Fredric Wertham:

It is necessary to address these destructive phenomena and fight them, which drive the dissemination of pornography and feed the minds of teenagers and motivate them to kill and mutilate through well-known cartoons.

According to a con organizer who spoke to the Libya Herald on condition of anonymity, some of the detainees taken by RADA had their heads forcibly shaved and “were given a religious lecture” before they were released. Another anonymous user in Libya updated the Wikipedia article about RADA, adding a Controversy section with information that seems to be derived from the now-deleted Facebook post mentioned above. As of Sunday afternoon, the anonymous Wikipedian reports that some detainees have been beaten to extract confessions and that the militia has separately detained “youths dressed in rock and roll metal clothing” and accused them of Satanism as well.

The raid of Libya Comic Con is all the more tragic given the elation felt by many who had attended on Thursday. As in Saudi Arabia, which hosted its first officially approved comic con this year, some participants expressed disbelief that such an event could really be happening in the conservative countries they know. The author of the now-deleted Facebook post described the first day as having “a fun — non Libya — chilled atmosphere.” Sadly in this case, that sense of disbelief that comic fans could get together and enjoy themselves without repercussions turned out to be all too prescient.