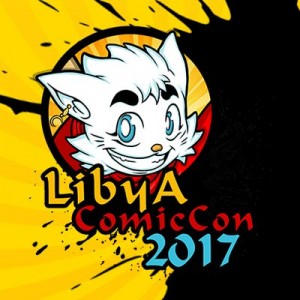 Two of the five Libya Comic Con organizers who were detained by an armed militia when the show was raided and shut down on November 3 have now been released without charge, according to a report from the independent news site Libya Herald.

The militia known as RADA Special Deterrence Forces, which acts as a police force for Libya’s interim government following the fall of dictator Muammar Gaddafi, had announced that the detainees would be turned over to prosecutors and charged with “attack on morals and modesty” of young people. According to a source who remained anonymous for safety reasons, however, the prosecutors could not actually identify a crime with which to charge the two organizers who were released over the weekend.

According to an attendee’s Facebook post, which has since been deleted along with the entire Libya Comic Con page, the militia objected to numerous aspects of the event: some women attending without hijab; posters of Wonder Woman and Catwoman; perceived Christian, Buddhist, Satanic, or atheist elements of the art and Japanese calligraphy on display; and the many fans who attended in costume. In the runup to the con which was scheduled for November 2-4, organizers had been fighting social media rumors that it was a Halloween event — viewed as both Satanic and a Western import by RADA and other Libyan hardliners.

In addition to the organizers, over a dozen people who simply attended the event were also detained by RADA. All of them were released within a few days, but the Herald’s source says that some “had received a beating, had had their head shaved bald and were given a religious lecture.”

Three organizers remain detained and could still be charged with crimes to be determined. Original reports said that all six con stewards had been taken in, but the latest story from the Herald says that the sixth person happened to be on an errand away from the building when RADA arrived, and is now “hiding in fear for his safety.”

The United Nations Support Mission in Libya took notice of the situation on November 6, calling for the immediate release of all the detainees and adding that “freedom of expression and peaceful assembly are fundamental Human Rights.”