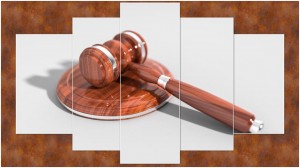 Regular readers of the CBLDF news blog will recall that the Lee County School District in Fort Myers, Florida recently ordered its 10th grade students to stop reading City of Thieves by David Benioff after a parent complained that the book was “sexually degrading.” Inexplicably, the School District removed the book without the review mandated in its own detailed policy regarding objections to instructional materials. In response, the Florida Education Defenders, comprised of education and free speech advocate organizations including CBLDF and National Coalition Against Censorship, wrote a letter urging the school district to abide by its own policy and return the book to the curriculum while an appropriate committee examined the book’s educational merits. The letter highlighted the need to protect the First Amendment rights of students and prevent removal of books on the basis of viewpoint or for reasons not “reasonably related to legitimate pedagogical concerns,” citing the U.S. Supreme Court’s decisions in Hazelwood School Dist. v. Kuhlmeier and Board of Education v. Pico. Although these cases do not directly address the removal of material from a curriculum, they highlight First Amendment considerations supporting the call for the school district to follow its own policies.

In Pico, the Court addressed the issues of whether a school board exceeded constitutional limitations in removing a book from the school’s library. The Court was splintered in its approach to the issue. A plurality of the justices recognized students’ First Amendment rights to receive information and that the removal of material with the intent to deny students’ access to ideas or to create a “pall of orthodoxy” (i.e. a stifling official designation of acceptable opinions) over the classroom was unconstitutional. Removal based on a determination of “educational suitability” (including pervasive vulgarity), however, was permissible. The school district in Pico had a policy in place to assess removal issues, but like the Lee County School District, it ignored that policy. The disregard of the policy led the plurality to question the motivations in the removal and require further hearings.
​
​
However, in Pico the Court did distinguish between removal of a book from the library and removal from the curriculum. They implied that a school board had wider discretion in the curriculum to “inculcate community values”, in other words they recognized the school’s responsibility to uphold the values important to the community through teaching. Interestingly, one of the dissenting justices pointed out that removal of required material from the curriculum might actually impose a greater threat of a “pall of orthodoxy” than the removal of optional material from the school library, thus making the case that no greater latitude should be given to decisions to remove curriculum materials.
​
​
In Hazelwood, the Supreme Court held that a principal “acted reasonably” in censoring a student newspaper due to “legitimate pedagogical concerns” including the protection of a pregnant student’s privacy. The Court distinguished the reasonable exercise of authority over a school-sponsored publication (that was part of the journalism curriculum) from the tolerance that must be afforded a student’s speech under the First Amendment absent a reason to believe that the expression will substantially interfere with the work of the school or impinge on the rights of other students.
​
​
Both Pico and Hazelwood emphasize that removal of materials must be based upon legitimate pedagogical concerns, although how that standard is met is left rather ambiguous, especially in Hazelwood. However, as in Pico, the fact that Lee County abandoned the process it developed for this very situation raises the specter of a “pall of orthodoxy.” The School Board’s adherence to its own established policy allowing teachers and administrators to review the material and present written findings, as urged by the Florida Education Defenders, could help ensure that legitimate pedagogical concerns are the basis of any decision regarding the materials, rather than a pretext to disguise an unconstitutional attack on ideas.