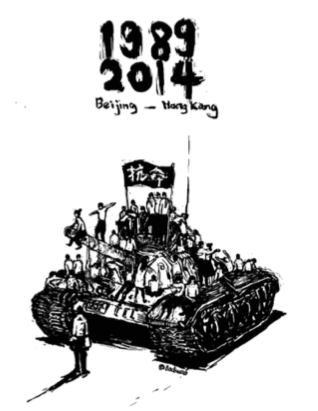 Today, June 4th marks the 30th Anniversary of the Tiananmen Square civil rights protest and the subsequent massacre. It also marks the beginning of one of the longest, largest, and most convoluted censorship campaigns in human history, as China has sought to not merely ignore, but erase through denial, the historical events that happened. 1989 was before the screaming head 24-hour news cycle that we contend with today, but it was a time when television and photojournalism were able to bring events around the world into people’s homes, and those events were trusted and believed. Because of that trust in the Fourth Estate, despite China’s attempts to deny the massacre, it lives on around the world by those shocked by the images, and the continued effort of Chinese dissidents who have bravely continued to try and speak honestly about the history and brutality of Tiananmen Square.

China’s censorship is legendary, and the envy of every would-be autocrat and despot in the world, but every year this atrocious anniversary spark attempts to try and scrub all mentions of the protest and the massacre from not just print and television media, but social media and the internet. As John Sudworth, Chinese Correspondent for the BBC writes,

In the weeks leading up to 4 June, the world’s biggest censorship machine goes into overdrive as a huge dragnet of automated algorithms and tens of thousands of human expurgators cleanse the internet of any reference, however oblique.

Those deemed to have been too provocative in their attempts to evade the controls can be jailed – with sentences of up to three and a half years recently handed down to a group of men who’d tried to commemorate the anniversary with a product label.

China’s Censorship Blacklist: Evolving, Dynamic,and Largely Invisible
Perhaps the most identifiable aspect of China’s censorship system is its ever-evolving list of banned terms and phrases. Entering these words into a search engine will return no results; similarly, the use of certain filtered terms in a social media post will result in its being flagged or deleted by machine-automated censorship software. One oft-cited mnemonic for Chinese censorship is that the most-censored terms involve the “Three T’s”: Tibet, Taiwan, and Tiananmen.

While these are indeed areas of speech that are frequently censored, they are far from the only ones.296 In fact, China’s blacklist of forbidden words is expansive, flexible, and nuanced, making it far more effective—and repressive—than a simple unchanging set of ‘taboo’ topics.

According to the report, the people of China often use wordplay to evade the censorship algorithms, despite knowing that eventually whatever phrase they use will be eventually banned as well. For a while on social media, people would use the phrase “willow, silk” which in Mandarin sounds like the numbers “six” and “four.” Also, people used the phrase “五月三十五” pronounced: “Wu yue san shi wu” which translates to “May 35,” obviously a fictional day on the calendar, but one which corresponds to June 4 and the massacre at Tiananmen Square. Eventually, the censors caught on to both of these were phrases and they were banned by social media platforms. The censors went so far as to ban the transferring of money in amounts that were significant to those trying to commemorate the anniversary, the equivalent of an American trying to Venmo a friend $7.04 to celebrate the 4th of July.

Last year for the 29th Anniversary, exiled Chinese cartoonist Badiucao challenged protestors and advocates around the world to stage photos of themselves as Tank Man. Badiucao designed bags featuring Peppa Pig and Winnie the Pooh, two censored and banned characters in China, for people to hold and asked people to post pictures of themselves in a similar dress to the iconic Tank Man under the hashtag #TankMan2018. The idea took off and was covered by major global news outlets, except of course in China, where even if the articles and Tweets weren’t banned, it would be largely meaningless to many, as the famous photo is of course banned from the country.

Tank Man represents “something lost in China’s young generation now — the idealism, passion, sense of responsibility, and confidence that an individual can make a change”, he said. “Tank Man is very relevant today and people should see it. Society has not changed much since the massacre for the oppression has never stopped”.

Not just the photograph, but certainly the history of this protest and this massacre seems as relevant, both in China and around the world, today as it was in 1989. And the continued effort of the Chinese to silence any mention of this day speaks louder than words, or even one of the most striking photographs of all time –that even China fears the power of protest each individual innately possesses. Why else would mentioning Tiananmen Square be as dangerous to the Chinese government as acknowledging Taiwan’s independence or Tibet’s oppression, if not for the understanding that peaceful protest, which is in the right of every human on the planet whether or not their country recognizes it, contain a vast amount of real power for change.