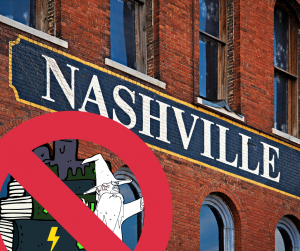 A Catholic school in Nashville has made headlines internationally for banning the Harry Potter series from its library. The K- 8th-grade school’s Pastor Dan Reehil made the decision, emailing faculty that he consulted both local and Vatican exorcists before deciding to pull the best-selling book series of all time. Reehil said in his email that students “risk conjuring evil spirits” by reading the books. According to a letter released anonymously by some of the parents at the school district, they are concerned but not surprised by this turn of events.

Reehil wrote in his email to the school’s faculty,

These books present magic as both good and evil, which is not true, but in fact a clever deception. The curses and spells used in the books are actual curses and spells; which when read by a human being risk conjuring evil spirits into the presence of the person reading the text. I have consulted several exorcists, both in the United States and in Rome, and they have recommended removing the books from circulation.

Reehil went on to compare the books to Machiavelli’s The Prince employing an end justifies the means mentality which he finds in direct opposition to the Catholic Church’s beliefs and teachings. Parents, on the other hand, think Reehil is the one who is out of touch with the church.