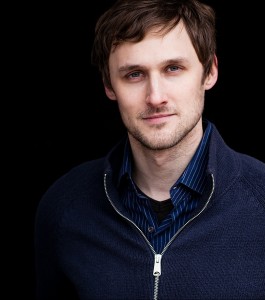 Jarrett Dapier, the library science scholar whose Freedom of Information Act Request helped to uncover the truth about Chicago Public Schools administrators’ 2013 effort to ban Persepolis from classrooms and libraries, is receiving some well-earned recognition from the American Library Association’s Intellectual Freedom Round Table. The group announced yesterday that Dapier is the recipient of the 2016 John Phillip Immroth Memorial Award.

The annual award, named for the first Chair of IFRT, “honors the courage, dedication, and contribution of a living individual, group, or organization who has set the finest kind of example for the defense and furtherance of the principles of intellectual freedom.” In late 2014 when Dapier was a student at the University of Illinois’ Graduate School of Library & Information Science, he submitted the FOIA request for emails between CPS officials the previous year discussing the removal of Persepolis from schools after a mid-level administrator said Marjane Satrapi’s modern classic was “not appropriate at all.” Although CPS publicly claimed at the time that the furor over an attempted ban resulted from a “miscommunication,” the emails obtained by Dapier showed it to be a deliberate operation directed from the very top, then-CEO Barbara Byrd-Bennett.

In February 2015 Dapier made the new information public, releasing it to the Chicago Reader and ALA’s Office for Intellectual Freedom. His intrepid research and dedication to publicizing the coverup exemplified the qualities recognized by the Immroth Award, said IFRT in a press release:

Jarrett’s actions were key to exposing the improper actions of the school system, and the reporting based on his research brought national attention to continued attempts by schools to improperly remove books from classrooms and library shelves.

Jarrett Dapier is awarded the John Phillip Immroth Memorial Award for defending the principles of intellectual freedom by continuing to research this incident after it was no longer newsworthy and for exposing wrongdoing which could have resulted in a violation of the constitutional rights of the students in Chicago Public Schools.

Dapier, who has since finished his MLIS degree and is now the project coordinator for the Thirty Million Words Initiative, will receive the award at ALA’s Annual Conference in June. Check out the full press release here, then peruse our past coverage of the CPS Persepolis ban and Dapier’s research: