Ever since the failed coup attempt in Turkey, President Recep Tayyip Erdoğan has instigated a crackdown that has led to 50,000 arrests and the loss or jobs for nearly 100,000 people. Cartoonists are among the victims of Erdoğan’s censorious campaign.

CBLDF has reported extensively on Musa Kart, a political cartoonist who was arrested along with several journalists at Cumhuriyet newspaper. Musa Kart faces 29 years in prison over charges that he and his colleagues supported Kurdish militants and the Gulenist movement.

Other cartoonists and individuals who shared cartoons and images online have also suffered under Erdoğan’s attacks on opposition:

A recent Albawaba article collected some of the cartoons in opposition to Erdoğan, many of them by cartoonists well outside the reach of the Turkish president’s persecution. Here’s a selection of the images they compiled: 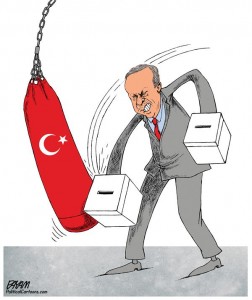 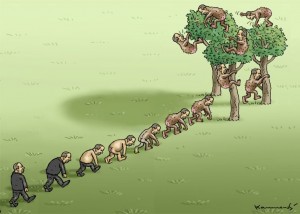 By Marian Kamensky (Austria, via The Cartoon Movement) 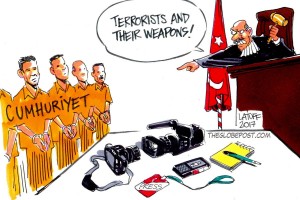 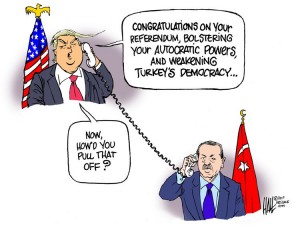 Read CBLDF’s previous coverage on the attacks against Musa Kart: