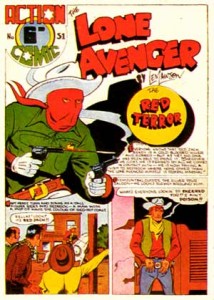 The Comics Code Authority highlights one of the darkest periods of comic book history. As a direct result of criticism from the Senate, the Code was implemented by the comics industry, leading to years of self-censorship in an attempt to eliminate violence, obscenity and other material that was deemed unsuitable “for children.” While we can criticize — and celebrate the end of — the Code, Australia’s contemporaneous code, the Horowitz Code of Publishing Ethics, has been long forgotten (much like its comics industry).

The United States was not alone when it clumsily tried to blame the problems of the nation’s youth on comic books in the 1950s. South Australia was on the same page. From amending the Police Offences Bill to fight “objectionable literature” in 1953 to forming the Queensland Literature Board of Review in 1954, their goal was clear: Get rid of comics!

Books were being banned left and right as a result of the Board. The ban of a comic in one Australian state doomed it for failure as the book would quickly be banned in other states. This had a devastating effect on sales, which caused books to be cancelled. Some publishers were even forced to close their doors for good because of the financial hits that they were taking.

As a result of the attacks against comics, Australian publishing house Horowitz took matters into its own hands. It enacted a code of rules in order to self-regulate the comics it published, making them as harmless as possible in hopes that none of its titles would be subject to the massive wave of bans there were being unleashed upon the Australian comics community.

In language not all that different from the Comics Code that would shortly follow it, the major tenets of the Horowitz Code mandated that all writers, artists, and editors

“eliminate all objectionable matter, which:

(a) Glorifies or condones reprehensible acts or characters.

(c) Features illustrations which are offensively gruesome or “sexy”.

(d) Distorts facts or is in any way misleading.”

Interestingly, Horowitz was mainly focused on reprinting American comics. So, after the Comics Code Authority was enacted shortly after the Horowitz Code, comics were being censored through two different codes concurrently (that’s a lot of censoring!). Somehow a reprint of the comic T-Man made it through both gauntlets and was banned by the Board. However, all other titles were deemed acceptable.

Right after the Horowitz code was enacted, Australian comics took an extremely big hit when Leonard Lawson, writer and artist of the Australian comic The Lone Avenger, was charged with multiple counts of rape and assault. (Our resident comics censorship historian Joe Sergi gave a full rundown of those events and how it led to future comic book bannings.)

With South Australia’s recent issues regarding anti-video game propaganda, apparently censorship is a hot topic in the state. The Australian comics industry didn’t ultimately survive the controversy around Leonard Lawson and two censorship boards (one American and one domestic), but the 1970s saw a significant victory for free speech in Australia during a battle over the import of American underground comix. Comics may not be as firmly regulated in Australia as they once were and the Horowitz Code may be best forgotten, but it’s demise is certainly something worth celebrating.

Find out more about the Horowitz Code here.